Which are the most expensive vodkas in the world?

We’ve put together this list of the top 10 most expensive vodkas money can buy.

Vodka is probably one of the most popular alcoholic beverages to consume when we’re out partying. It’s one of those drinks that makes me think about Russians and James Bond. I know which vodka drink I prefer, but I bet we all prefer our own specific vodka drink.

You might be thinking about your favorite drink right now. Vodka is a distilled alcoholic beverage that is literally one of the most popular spirits ordered in bars and clubs worldwide. It originates from Russia, but to date, it has spread all over the globe.

When it comes to reports, vodka consumption has been on the rise as it has shown massive growth in its sales figures. I bet you will be amazed when you know how much the most expensive vodka bottle costs.

Vodka is more than just a bottle of liquor, it’s a masterpiece that has been around for ages and that can cost up to millions of dollars.

Below we will show you the list of the 10 most expensive vodkas in the world. Don’t forget to share this article with your best mate that you enjoy having a strong drink with.

Having a drink or two with our loved ones can be one of the most enjoyable ways to spend our holidays or Friday nights. The average person will often have a beer or cocktail that can cost around $8 to $18, give or take.

However, when rich people have lots of money to spend, they drink the good stuff. There are several brands out there that claim to be premium. Unless the bottle is encrusted in diamonds or with crystals, it’s probably not good enough to consume.

Stick around to explore the most expensive vodkas in the world!

The vodkas and figures mentioned below have been compiled from various sources around the web, such as TheRichest, Alux, and Luxatic.

Here’s our list of the 10 most expensive vodkas you can buy:

Let’s start with the 10th expensive vodka on our list, Swarovski Studded Alize. This is a French vodka that is worth $2,000. The brand will sell vodka for an average of $30 to $50. This is the reason why this bottle is so special. It is a limited edition that is coated with Swarovski crystals.

The brand came up with this fine idea as Valentine’s Day promotion, which I have to say couldn’t be better. Who wouldn’t be excited over getting this vodka bottle covered in Swarovski crystals as a gift?

Imperial Collection Super Premium was founded by the Russian liquor producer Ladoga Group. This vodka is an excessively ornamented, Faberge egg-influenced. It’s large enough not only to contain 750 milliliter’s worth of vodka but also four glasses from Venetian glass.

The egg is made of 24-carat gold and colored crystal flourishes. This is a 12-times distilled vodka that is produced with water springs from Europe’s largest freshwater lake. The recipe of this vodka was created in 1721 for the Russian Tsar, Peter the Great.

Related:  The 20 Most Expensive Yachts In the World

On the 8th spot of the most expensive vodka, we have the Stoli Elit: Himalayan Edition vodka. It is one of the most popular names in the world of vodka. It is produced by using a blend of rye and wheat distillate. This brand was first introduced in the 1930s. Stoli Elit has remained a famous vodka ever since.

Stoli Elit: Himalayan Edition is one of the finest vodkas in their portfolio, without a doubt. The Himalayan Edition comes with the highest levels of purity obtained through a freeze filtration technique, like no other.

This vodka costs a whopping $3,000. Can you believe that?

The production behind Iordanov Vodka is one of the oldest ones. With this vodka, we can look back on a total of 150 years of experience. It has the finest wheat and crystal clear water from the northern European Islands. The aromatic taste of this vodka is amazing, and it’s known for having a smooth taste.

Iordanoc is a tasty premium class vodka with the highest quality. Inside the bottle, a protective jacket that separates the bottle and vodka from coming into contact.

The bottle also has another advantage. It’s unbreakable. It remains a luxurious piece of jewelry after you’ve finished drinking the vodka itself. I mean, how cool is that!

The stones are processed by hand, and this bottle is an interesting design and art object for art collectors. I would really recommend this vodka if you want the vodka experience but also the art behind it.

As mentioned above, we do have another Swarovski-styled vodka on the list. Oval Swarovski Crystal Vodka, however, is a much more expensive pick. This vodka comes with 7000 Swarovski crystals, and it has been a brand new limited edition version of the award-winning OVAL vodka bottle.

This stunning bottle is presented in several bars and displayed on a new invention, The Glorifier. It is a rotating LCD unit, highlighting the Swarovski Crystals to create a lavish and sparkling display.

On the 5th spot of this list, we have my personal favorite, the Belver Bears Belvedere Vodka. This vodka has been released as a limited edition collaborating with Jean-Roch at Cannes Film Festival in France.

We can almost hear by the name that this vodka seems fun and interesting to drink. The bottle has been crafted using shells from Jeroboam Belvedere vodka.

If you’re happened to be in Cannes, enter the VIP room and buy this amazing vodka bottle yourself for the best experience. Each bottle of the Belver Bear is priced at $7,240.

Related:  The 10 Most Expensive Matchbox Cars

The Old Russo-Baltique Vodka costs $740,000! I find it amazing that vodka can actually cost more than a house. This vodka almost costs the same as a Bugatti Veyron.

It was created for Russian royalty and wealthy business people around the world. This drink was introduced at the Top Marques show in Monaco. Prince Albert was the first one to be presented with its very first lavish bottle.

You might be wondering why this bottle is so expensive if you compare it to the other vodkas before this one. The answer is simple: this vodka brand comes in a unique bottle, a replica of the radiator guard used for the Russo-Baltique cars.

One thing worth mentioning is that this bottle is also made from yellow and white gold, containing a diamond replica of the Russian Imperial Eagle. Like that isn’t mind-blowing enough, this bottle is made from bulletproof glass as well.

Diva Premium Vodka is made from premium English grain vodka, and it’s filtered to give the best pure and smooth taste possible. Each bottle holds a hand-filled wand with a unique collection of Swarovski elements. It can be removed as a keepsake of a special occasion.

This company has many stylish vodkas, but this has to be one of their most popular and expensive ones. This Scottish vodka is made with wheat, and it’s distilled several times to achieve its desired taste and purity.

I bet we all think about Russians for their quality and variety when it comes to drinking vodka. Most of their best brands are well known and sampled. The second most expensive vodka, The New Russo Baltique vodka, is priced at a staggering $1.3 million.

This vodka has been created by car maker Russo-Baltique, and your choices are to buy a home or a Russo-Baltique vodka. The choice is yours.

It has been consumed by Russian royalty and tycoons around the world. It first had its premiere at the Top Marques at the Grimaldi Forum in Monaco.

This vodka also made its television premiere in the drama series House of Cards.

So why should you buy this bottle? Why is this bottle better than all the vodka bottles above?

The New Russo-Baltique Vodka has been consumed by the richest people alive. It comes with unique packaging and a bottle that is a replica of the radiator guard used for the Russo-Baltique cars.

Did you think you made up your mind already on which vodka you were about to buy? Say no more. Billionaire Vodka has everything that you need in the best vodka experience. With that said, Billionaire Vodka is one of the most amazing vodkas in the world.

Related:  The 20 Most Expensive Pokémon Cards Ever Sold

With its unique taste and personality, it has elegance like no other vodka. It also has desirability, which makes it the most exclusive vodka worldwide.

Billionaire Vodka offers a lavish taste and quality, and its superior taste and elite quality can be delivered to you personally by a white-gloved armed secure courier.

The bottle is dressed in deep black fur, and it’s made from an original Russian recipe and is filtered with diamonds. If you can’t afford this edition, Billionaire also has another edition, Diamond Edition, with six diamonds and a golden dog tag.

With that said, the total price of this unique vodka is a total of $3.7 million.

We hope you enjoyed our list of the most expensive vodkas money can buy!

Vodka is one of the most popular spirits ordered in bars and seen served at different parties worldwide. It has its roots in Russia, and it was known to have first surfaced in the 9th century.

This beverage didn’t make it to the U.S until after World War II. Since then, its popularity has grown. Vodka is known for its clear and flavorless taste, and it can be mixed with anything.

One of the most popular vodkas drinks out there is the Vodka Tonic. Others include the Screwdriver and the Cosmopolitan. Maybe you have been wondering all this time how vodka is made? Vodka is made out of cereal grains, wheat, and rye. The primary grain bade corn.

Vodka is smooth, and it has become a mainstream drink during different gatherings. It’s associated with style, and this is the reason why wealthy individuals relish this alcoholic beverage.

Just like any alcoholic beverage, you can find some very expensive vodkas in the world. Some can be priced up to millions. There is no doubt that these vodkas named on the list have been made of super premium quality. Of course, the actual jewelry, such as crystals and diamonds on the bottle, can be used to make the drink even more expensive and lavish.

Most of the vodkas on this list have been a part of a limited series. My personal favorite on the list was the Belver Bears Belvedere Vodka, simply because I love the bottle. I’m not the biggest fan of drinking vodka, so for that particular reason, I had to go and pick the coolest bottle on the list, the Belvedere Bear.

If you enjoyed this list, don’t forget to check out some of our other most expensive lists:

Here’s a quick recap of the most expensive vodkas:

Which are your favorite most expensive vodkas? Leave a comment below.

The 10 Most Expensive Nerf Guns in the World 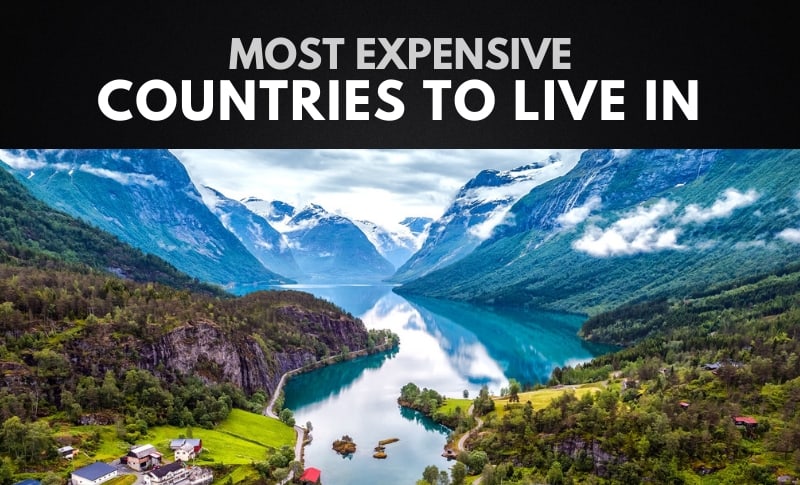 The 10 Most Expensive Countries to Live in Worldwide 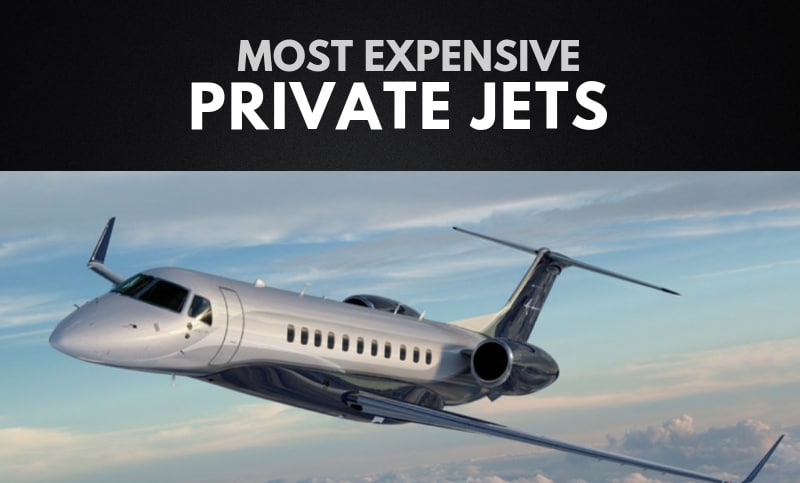 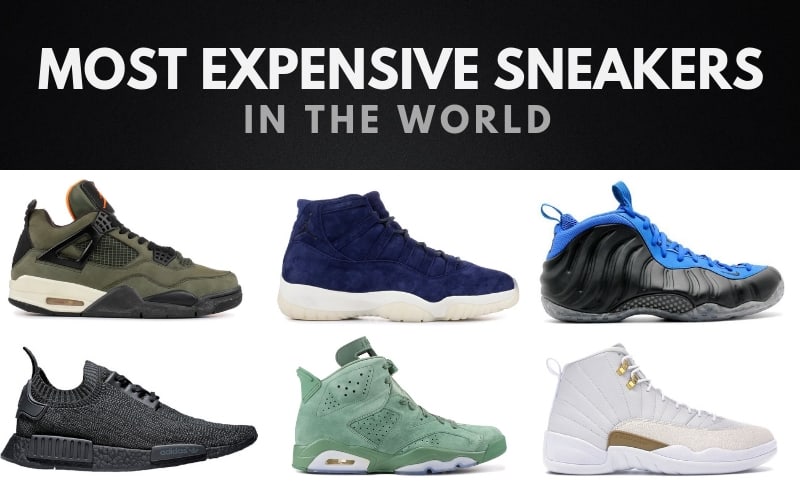 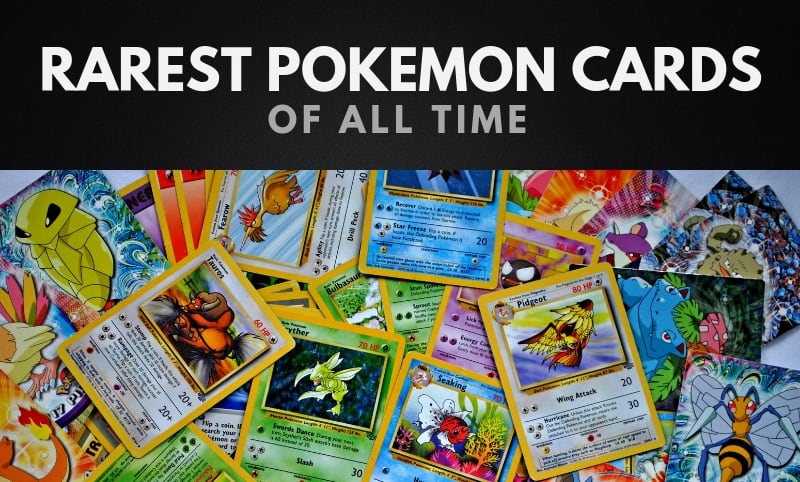 The 20 Most Expensive Pokémon Cards Ever Sold