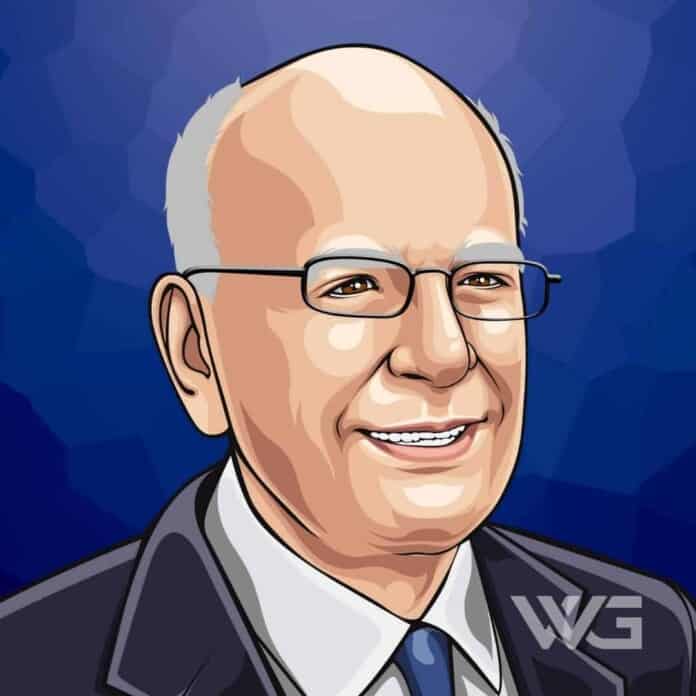 As of December 2022, Keith Rupert Murdoch’s net worth is estimated to be roughly $20 Billion.

Keith Rupert Murdoch is an Australian-born American media mogul. After his father’s death in 1952, Murdoch declined to join his late father’s registered public company and created his own private company, News Limited.

Keith Rupert Murdoch was born on the 11th of March, 1931, in Melbourne, Victoria. Murdoch is the son of Sir Keith Murdoch and Dame Elisabeth Murdoch. He is of English, Irish, and Scottish ancestry. Murdoch’s parents were also born in Melbourne.

Keith Murdoch was a war correspondent and later a regional newspaper magnate owning two newspapers in Adelaide, South Australia, and a radio station in a faraway mining town, and chairman of the powerful Herald and Weekly Times group.

Murdoch took over ‘New Limited’ after his father died in 1952. One of its newspapers, ‘Adelaide News’ became one of the most-read after the young man took ownership.

He had also managed to increase his stake hold over media firms all across Australia. In 1964, Rupert got to know of a bid going on for acquiring the Wellington-based newspaper, ‘The Dominion’, on a trip to New Zealand.

In 1968, the Australian media tycoon ventured into the British market, and took over ‘News of the World’, following it up the next year with ‘The Sun’. They were initially in the long broadsheet size, but were later shortened to a tabloid format, and were printed in the same press to cut down on costs.

In 1986, this businessman came under scrutiny, when he introduced electronic publishing in the Wapping area of London. These processes did not require as much manpower as before, and this resulted in downsizing.

In 2014, ’21st Century Fox’ attempted to buy over ‘Time Warner’, but the offer was rejected. Presently, the management of most companies under Murdoch is looked after by his younger son, James.

Here are some of the best highlights of Rupert Murdoch’s career:

“Climate change poses clear, catastrophic threats. We may not agree on the extent, but we certainly can’t afford the risk of inaction.” – Rupert Murdoch

“You can’t build a strong corporation with a lot of committees and a board that has to be consulted every turn. You have to be able to make decisions on your own.” – Rupert Murdoch

“As an immigrant, I chose to live in America because it is one of the freest and most vibrant nations in the world. And as an immigrant, I feel an obligation to speak up for immigration policies that will keep America the most economically robust, creative and freedom-loving nation in the world.” – Rupert Murdoch

“The Internet has been the most fundamental change during my lifetime and for hundreds of years.” – Rupert Murdoch

Let’s take a look at some of the lessons we can learn from him about business:

1. Get the Timing Right

Murdoch says timing is crucial in succession planning. “We say this all the time to our clients, you can never start preparing too early,” he says.

“The longer you have to communicate the succession plan and embed it in the company in terms of the structure, the better it will be for the employees, the board, the stakeholders and the company.”

2. Be Prepared For Challenges

Succession planning is complex and even more difficult in a family business. Murdoch says family businesses face unique challenges because the family dynamic also comes into play. “Usually there will be family issues to consider which cloud the business issues,” he says.

“If you’re handing over to someone who’s not in the family then it’s effectively a commercial transaction, but when it’s a family member you have to consider things like sibling rivalry and emotional factors which play a part.”

How much is Rupert Murdoch worth?

Rupert Murdoch’s net worth is estimated to be $20 Billion.

How old is Rupert Murdoch?

How tall is Rupert Murdoch?

Rupert Murdoch is a famous Australian businessman who is known for his establishment of News Corporation’. After his father’s death, he started by acquiring small, struggling publications in Australia. The first foreign investment happened when he bought ‘The Dominion’, a New Zealand-based newspaper.

What do you think about Rupert Murdoch’s net worth? Leave a comment below.