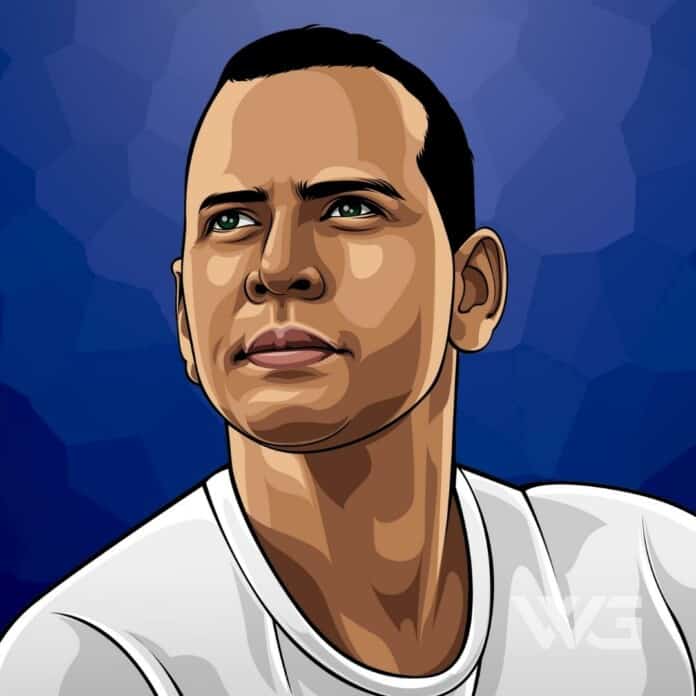 What is Alex Rodriguez’s net worth?

As of February 2023, Alex Rodriguez’s net worth is estimated to be roughly $350 Million.

Alexander Emmanuel Rodriguez is an American professional baseball player from New York. His career started in 1993 when the Seattle Mariners selected him with the first overall selection of the Major League Baseball draft.

He pursued his baseball career after that. And today he is known for being one of the best baseball players of all time; he has influenced many.

Alexander “Alex” Rodriguez was born on the 27th of July 1975, in New York City. He was raised by his parents Lourdes and Victor Rodriguez, alongside his two half-siblings Suzy and Joe. The New York Mets baseball team was a big inspiration for Rodriguez during his childhood.

Rodriguez attended Christopher Columbus High School where he became a star in the baseball team. He pursued his baseball career after he was selected for the USA Baseball Junior Player of the Year.

Alex Rodriguez began his baseball career in 1994. He quickly came to be known as a star after his successful season during his Major League debut.

In 2001 Rodriguez signed the most lucrative contract in baseball history when he made a deal with the Texas Rangers and went on to receive the MVP Award in 2003.

Following that year, Rodriguez was traded to the New York Yankees. He continued to deliver incredible numbers for his team.

After a break with the New York Yankees, he returned to the team, where he pursued his career. He was an All-Star in 2006 and was in the 4th league in RBIs 121 and 48 home runs and became the first Yankee to win the American League home run.

He became the 7th player in MBL history to hit 600 home runs, and the youngest player to do that in 35 years. After a knee injury, he took a break from his baseball career. He returned to New York Yankees in 2013 and made his debut game.

Rodriguez has received several awards. He is is a 12-time All-Star winner and 10-time AL Silver Slugger Award winner. Rodriguez had twice been Seattle Mariners player of the Year and also a 3-time Babe Ruth Home Run Winner.

What is Alex Rodriguez worth?

Here are some of the best highlights of Alex Rodriguez career:

“I love the challenge of the game. I love the work. My goal right now is to have a season next year that will make people forget about this one. I’ll use things like this for motivation. I’m pumped. I’m hungry.” – Alex Rodriguez

“No athlete ever ends his or her career the way you want to. We all want to play forever. But it doesn’t work that way. Accepting the end gracefully is part of being a professional athlete.” – Alex Rodriguez

“I had a very complex childhood, and when I met my wife because she has a master’s in psychology, she promoted me into getting help. It really has helped. I’m not healed yet, but I’m working on some issues I had as a child.” – Alex Rodriguez

“This how I define grace: you’re on the main stage, and it looks like it has been rehearsed 100 times, everything goes so smoothly. That’s where I get my confidence and success, from knowing that I have an edge because I know I’m prepared.” – Alex Rodriguez

“Enjoy your sweat because hard work doesn’t guarantee success, but without it, you don’t have a chance.” – Alex Rodriguez

View our larger collection of the best Alex Rodriguez quotes!

How much is Alex Rodriguez worth?

Alex Rodriguez’s net worth is estimated to be $350 Million.

How old is Alex Rodriguez?

How tall is Alex Rodriguez?

Alex Rodriguez is a baseball superstar. He has been interested in baseball since he was a kid, and today he is one of the most successful players, inspiring many athletes along the way.

He has won several awards, like Two Glove Awards, and he is holding the record of Grand Slam.

What do you think about Alex Rodriguez’s net worth? Leave a comment below.

Justin Gaethje has used the skills he learned as an amateur wrestler to become one of the highest paid mixed martial artists in the UFC.