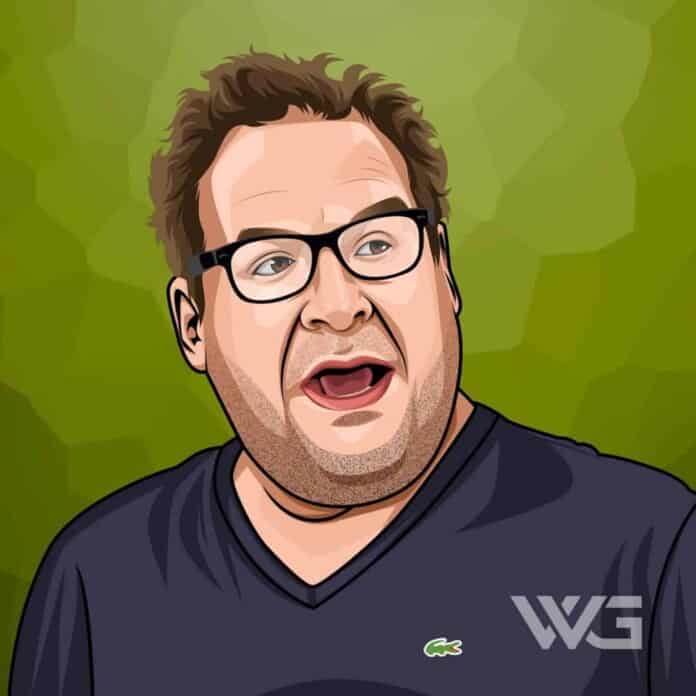 What is Jeff Garlin’s net worth?

Jeff Garlin is an American comedian and actor from Chicago.

He played Jeff Greene on the HBO show ‘Curb Your Enthusiasm’, Mort Meyers on ‘Arrested Development’ for Fox and Netflix and Murray Goldberg, the patriarch of the eponymous family in the ABC sitcom ‘The Goldbergs’.

Jeffrey Todd Garlin was born on the 5th of June, 1962, in Chicago, Illinois. Garlin is the son to Gene and Carole Garlin. He grew up in Morton Grove, Illinois, where his father had a family plumbing supply business called Bilko and his mother was active in community theater.

He has a younger brother, Michael. Garlin is Jewish and attended Hebrew school.

In 1984, aged 22, Garlin moved back to Chicago to pursue a stand-up comedy career. He performed with the comedy troupe The Second City. He worked in the box office with Stephen Colbert.

At the end of the 1980s, Garlin was briefly roommates, in Wrigleyville, Chicago, with Conan O’Brien, who was then a comedy writer. He remains close to O’Brien, and after O’Brien was removed as host of The Tonight Show in 2010 so that Jay Leno could return, Garlin stated that he would not be a guest on the show again.

In 2008, Garlin appeared in The Rocker as Stan, and also played Ed Lawson in Strange Wilderness. He lent his voice to the Disney/Pixar films Toy Story 3 and Toy Story 4, as Buttercup.

He was a voice actor in WALL-E, an animated film by Pixar that was released on June 27, 2008, as the Captain of the Axiom spaceship. Garlin executive produced the documentary Finding Vivian Maier.

Here are some of the best highlights of Jeff Garlin’s career:

“Comedians sometimes forget that there’s an audience. You gotta be conscious that you’re performing for other human beings.” – Jeff Garlin

“There’s only one true superpower amongst human beings, and that is being funny. People treat you differently if you can make them laugh.” – Jeff Garlin

“When you see a bad romantic comedy, you see the script, the director, and the actors trying to create this warmth and this pathos and this feeling that you care about them. That cannot be manufactured – it’s either there or it isn’t.” – Jeff Garlin

“I never analyze stuff with comedy because it’s boring. It makes you stop being funny. Just be who you are and do what you do, and you’re either funny or you’re not.” – Jeff Garlin

Now that you know all about Jeff Garlin’s net worth, and how he achieved success; let’s take a look at some of the lessons we can learn from him:

You gain much more from your enemies than friends.

2. Be Nice to Yourself

Allow yourself to ache. In it, there is healing.

Time is the single most important resource that we have. Every single minute we lose is never coming back.

How much is Jeff Garlin worth?

Jeff Garlin’s net worth is estimated to be $20 Million.

How old is Jeff Garlin?

How tall is Jeff Garlin?

Jeff Garlin is an American stand-up comedian, actor, voice artist, director, writer and author who is probably most famous for playing the role of agent Jeff Greene on the HBO show ‘Curb Your Enthusiasm’.

Outside of acting, Garlin is very involved in standup and sketch comedy. He makes frequently live appearances around the country.

What do you think about Jeff Garlin’s net worth? Leave a comment below.