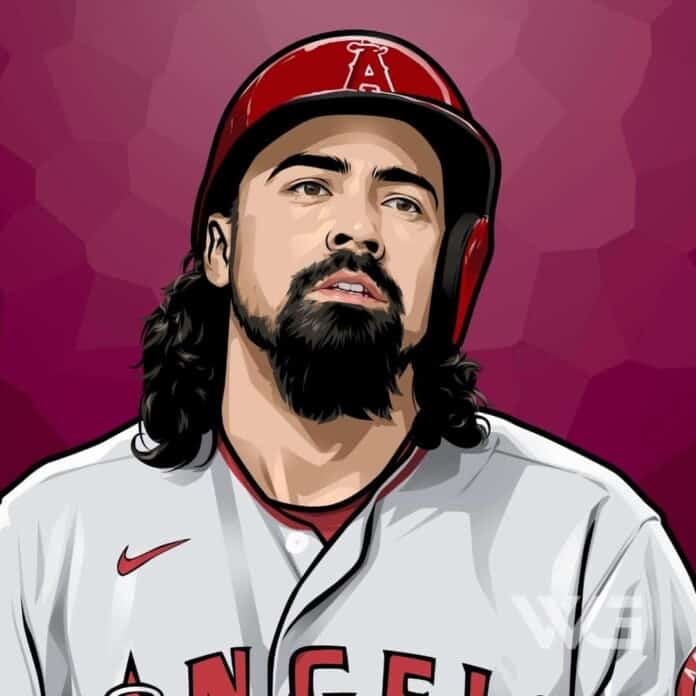 What is Anthony Rendon’s net worth?

Rendon is the third baseman for the Los Angeles Angels of MLB. He previously played in MLB for the Washington Nationals and was a member of the Nationals’ 2019 World Series champion team over his hometown Houston Astros.

He played college baseball for the Rice University Owls. In 2011, he was selected in the MLB draft by the Nationals. Rendon made his MLB debut in 2013.

Anthony Michael Rendon was born on the 6th of June, 1990, in Texas.

Rendon is the second son of Rene and Bridget Rendon. His parents say Rendon started playing baseball at a very early age, hitting pine cones with sticks as early as three.

As a senior, he was a first-team 5A all-state shortstop and an All-Greater Houston selection by the Houston Chronicle after hitting .570 with eight home runs, 17 doubles, 56 runs batted in, 56 runs, and 13 stolen bases.

Rendon was selected sixth overall by the Washington Nationals in the 2011 Major League Baseball Draft. Following the 2012 season, many scouts rated Rendon as the best prospect in the Nationals organization and one of the top prospects in the MLB.

Rendon started the 2013 season with the Double-A Harrisburg Senators. He was called up by the Washington Nationals on April 20 when Ryan Zimmerman was placed on the disabled list.

In 2017, he went six-for-six with three home runs and 10 RBI in a 23–5 win over the division rival New York Mets. He became the 13th major leaguer with 10 or more RBI in one game while setting a Nationals record.

Before the 2019 season, Rendon indicated a willingness to sign an extension with the Nationals. The same year, the Nationals reportedly offered him a seven-year extension worth $210-$215 million.

How Does Anthony Rendon Spend His Money?

Rendon spends some of his money on his real estate in California.

Here are the best highlights of Anthony Rendon’s career:

“I was actually pretty happy about the delay. I got to sit down for a little while before I got the at-bat. It’s just part of the game. We’re all human. Mistakes happen. No one is going to feel sorry for you.” – Anthony Rendon

“We stuck together – I know that. We had nothing left to lose. People had written us off. We just kept fighting and were happy to come out on top.” – Anthony Rendon

“If you get too high during the highs and too low during the lows, you get drained mentally, and you’re probably going to end up being drained physically, too, because you’re beating yourself up. So having an even-keeled attitude is perfect in this environment.” – Anthony Rendon

“That home run didn’t win us the World Series. I don’t want to be that person who celebrates too early, like the marathon runner who thinks he won the race and gets passed up at the last minute. But once we were on stage with that trophy, I let loose.” – Anthony Rendon

“When you have more people in the stands, and they’re egging you on, whether they’re cheering for you or against you, that will get you excited or more motivated. Each individual can find a way to use that to their advantage.” – Anthony Rendon

Now that you know all about Anthony Rendon’s net worth and how he achieved success; let’s take a look at some of the best lessons we can learn from him:

Success is dependent upon the glands – sweat glands.

Never give up! Failure and rejection are only the first steps to succeeding.

How much is Anthony Rendon worth?

Anthony Rendon’s net worth is estimated to be $40 Million.

How old is Anthony Rendon?

How tall is Anthony Rendon?

Anthony Rendon is an American professional baseball player. He has won many accolades at Rice University, including Conference USA Player of the Year, Baseball America’s Freshman of the Year, and the Dick Howser Trophy.

He was named the National League Comeback Player of the Year in 2016 and won the Silver Slugger Award in 2014 and 2019.

What do you think about Anthony Rendon’s net worth? Leave a comment below.