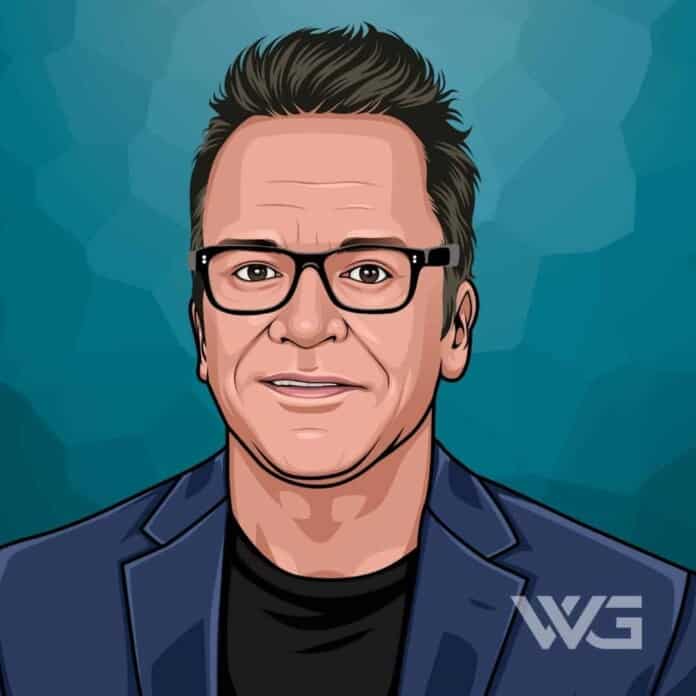 What is Tom Arnold’s net worth?

Tom Arnold is an actor and comedian. Arnold is best known for starring in ‘Roseanne,’ ‘The Jackie Thomas Show’ and ‘The Tom Show’.

Throughout his career, he has appeared in several films such as ‘True Lies’, ‘Nine Months’, ‘McHale’s Navy’, ‘Animal Factory’, ‘Cradle 2 the Grave’, ‘Mr. 3000’, ‘Happy Endings,’ ‘The Great Buck Howard’ and ‘Madea’s Witness Protection.

Arnold is the son of Linda Kay and Jack Arnold. He has six siblings. When he was a child, he was diagnosed with autism. His mother abounded the family when he was just a child, and they are were raised by their father.

During his teenage years, he worked at a meatpacking plant. He then attended Ottumwa High School and the University of Iowa from 1981 to 1983.

In 1989, Roseanne Barr enlisted Arnold as a writer for her own sitcom ‘Roseanne’ which became a massive hit. He writes himself into the show.

In 1992, Arnold started another sitcom, ‘The Jackie Thomas Show.’ It starred him in the titular role of a cynical sitcom actor, and it lasted for 18 episodes.

He made his first film debut in ‘Freddy’s Dead: The Final Nightmare’ in 1991. He then appeared in ‘Backfield in Motion,’ ‘Hero,’ ‘Undercover Blues,’ and the made-for-television movies ‘Body Bags’ and ‘The Woman Who Loved Elvis,’ also starring Roseanne Barr.

Arnold had his first romantic leading role in ‘Happy Endings’ in 2005, which had an ensemble cast featuring Lisa Kudrow, Maggie Gyllenhaal, and Steve Coogan.

How Does Tom Arnold Spend His Money?

In 1998, he purchased a home in Beverly Hills. He later sold it in 2006. He then purchased another house from Randy Jackson, which is located in the L.A suburb of Tarzana. In 2009, Arnold also purchased $1.7 million for a 4,600-square-foot mansion in the lower Benedict Canyon area of Beverly Hills.

Here are some of the best highlights of Tom Arnold’s career:

“If one might wish for impossibilities, I might then wish that my children might be well versed in physical science, but in due subordination to the fulness and freshness of their knowledge on moral subjects. … Rather than have it the principal thing in my son’s mind.” – Tom Arnold

“If you’re spending a lot of time in the writers’ room and then you’re also acting, you have your foot in both of those doors. I’d always say to the writers, “You can say whatever you want about your boss in front of me. I’m not going to think about it as my girlfriend.” You’ve got to be able to trash your boss, in any job.” – Tom Arnold

“There are people who believe once somebody gets you a job in show business you , are set and the truth is you have to fight for every job. People opened the doors for me ,for sure, and hopefully, I’ve helped open the door for some people but when you’re there it’s on you and you better be ready for it.” – Tom Arnold

“To the extent that movies get released, they are generally not big box-office generators. Hollywood is clearly focusing on their holiday releases coming up and those will either make or break the year.” – Tom Arnold

Now that you know all about Tom Arnold’s net worth and how he achieved success; let’s take a look at some of the best lessons we can learn from him:

1. The Nature of Business

The nature of show business is people within the business feel that if someone else fails, they move up a notch.

People still question my sobriety, my commitment to the program, and that hurts. Live day by day, step by step.

3. Don’t Be Too Hard On Yourself

You need to be your own friend, and try avoiding being to hard on yourself.

How much is Tom Arnold worth?

Tom Arnold’s net worth is estimated to be $20 Million.

How old is Tom Arnold?

How tall is Tom Arnold?

Tom Arnold is an American actor and comedian. Arnold rose to fame as a successful comedian, and he gained fame for starring in the hit sitcom ‘Roseanne.’ Throughout his career, he has also starred in ‘The Jackie Thomas Show’ and ‘The Tom Show.’

On the big screen, he has appeared in such movies, including ‘True Lies,’ ‘Happy Endings,’ ‘The Final Season,’ and ‘Madea’s Witness Protection.’

What do you think about Tom Arnold’s net worth? Leave a comment below.