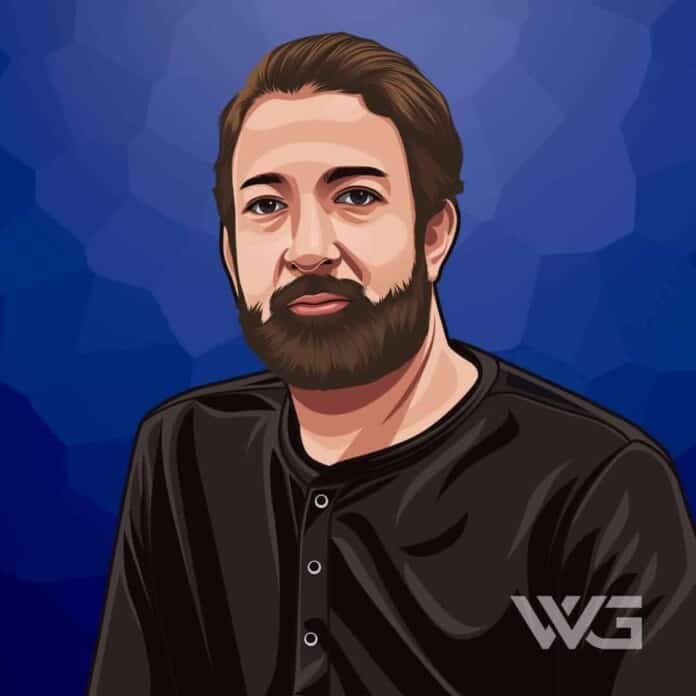 What is Dave Portnoy’s net worth?

Dave Portnoy is an American entrepreneur and sports media personality who has earned his fortune by being the founder of Barstool Sports. He founded Barstool Sports in 2003 as a print publication.

Over the years, the company would grow into an unlikely sports media powerhouse.

David “Dave” Portnoy was born on the 22nd of March, 1977, in Massachusetts. Portnoy is the son of Michael and Linda and he attended Swampscott High School.

In 1995, Portnoy then began to attend the University of Michigan. He later graduated with a degree in education.

In 2016, Portnoy revealed that Chernin Group had bought a majority stake of Barstool and that they would move the headquarters to New York City.

The following year, he launched a series about pizza reviews titled ‘One Bite with Davey Pageviews’. The goal of the series is to review every pizza place in Manhattan.

In 2020, Penn National Gaming bought a 36% stake in Barstool Sports for $163 million. Following the sale, The Chernin Group maintained a 36% stake in the company.

He was detained in a Mercedes-Benz Stadium holding cell for a portion of Super Bowl LIII. Portnoy was prohibited from attending the game after he created fake passes to attend a press event the day prior.

Here are the best highlights of Dave Portnoy’s career:

“We really want Barstool Sports to be a brand that means something. It doesn’t just have to be myself… you see the logo, that bar stool and the stars around it, and you know you’re getting a certain type of vibe, a certain type of brand.” – Dave Portnoy

“We have this fanatical fan base that wants to see us succeed, and so they get it. They get that to get the free content and all of the things we’re doing – whether it be the blog, the podcasts, whatever – we need money. We need advertising. If you want us to go hire Michael Rapaport, well guess what, we need revenue to do that.” – Dave Portnoy

“Everything related to the NFL, we’re banned from. Whether it be Media Day, whether it be even doing negotiations for TV shows, everybody’s afraid of the NFL in their relation to us because they know they don’t like us.” – Dave Portnoy

“The fact that Manti Te’o thought for a long time that he was dating, like, a fake girl and then that she died and did the tribute and the girl never existed. I mean inherently that’s funny.” – Dave Portnoy

View our larger collection of the best Dave Portnoy quotes!

Now that you know all about Dave Portnoy’s net worth, and how he achieved success; let’s take a look at one of the best lesson that we can learn from him:

Avoid backing down from controversy, some people think that we can go out of our way to create it but don’t back down.

How much is Dave Portnoy worth?

Dave Portnoy’s net worth is estimated to be $120 Million.

How old is Dave Portnoy?

How tall is Dave Portnoy?

Dave Portnoy is a businessman, blogger, and founder of the online sports blog Barstool Sports.  He has been nicknamed “El Presidente” and “El Pres” throughout his career and he graduated with a degree in education during his University years.

What do you think about Dave Portnoy’s net worth? Leave a comment below.