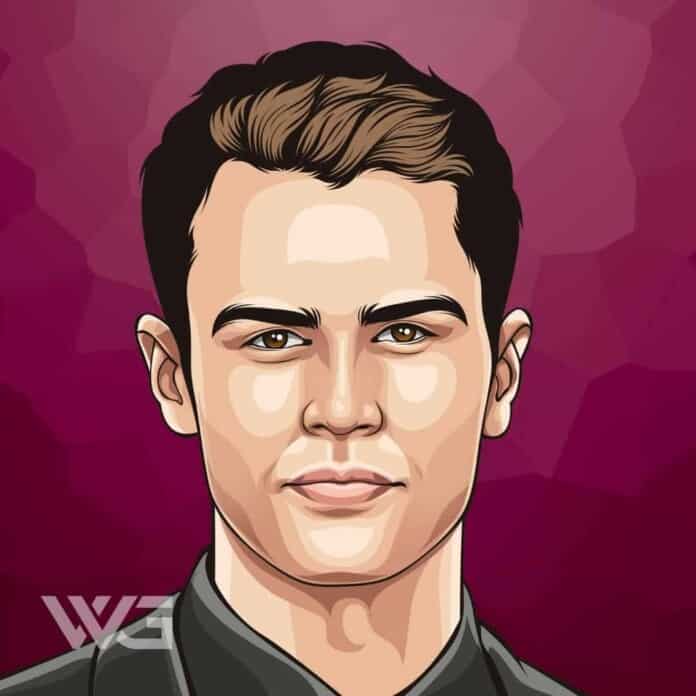 What is Theo James’ net worth?

As of January 2023, Theo James’ net worth is approximately $4 Million.

Theo James is a popular English actor who is recognized for striking good looks and impressive acting skills in his most recent films.

The actor has quickly become extremely well known internationally for his role as Tobias Eaton in the ‘Divergent’ Series.

Theodore Peter James Kinnaird Taptiklis, also known as Theo James was born in Oxford in the United Kingdom on December 16, 1984.

Theo attended the University of Nottingham in hopes of earning a degree in philosophy. He later discovered his love for acting and attended the Bristol Old Vic Theatre School, and there he learned more about acting, and he soon got a gig in the television series ‘A Passionate Woman.’

Theo’s very first debut as an actor was in 2010 for the television mini-series ‘A Passionate Woman,’ and in 2012 he got a role in ‘Bedlam’ and gained instant recognition.

After his debut he received numerous television and film offers and has since worked on ‘Golden Boy,’ ‘Downton Abbey,’ the ‘Underworld’ films, and the ‘Divergent’ films. He is also a singer and guitarist for his band ‘Shere Khan.’

Here are some of the best highlights of Theo James’ career:

“Don’t ever think that you haven’t got anything to learn.” – Theo James

“For better or worse we live in a very exposing [time] where, if you choose to, everyone can see everyone’s business. You see what they’re having for breakfast, where they are, what they’re doing. Whereas I think that the classic idea of mystery is very seductive. Not knowing every single thing about a person, what they’re thinking, that’s very powerful. And it would be a shame if we lost that totally.” – Theo James

3 Rules for Success from Theo James

Now that you know all about Theo James’ net worth, and how he achieved success; let’s take a look at some of the lessons we can learn from him:

1. There is always more room to grow

There is always something new that we could be learning. So make sure that you always keep an open mind and welcome the idea of a new perspective. You might just learn something.

Privacy has always been one of the most valuable and precious that every individual should be entitled to. Nowadays it is hard to separate privacy from publicity, but you need to remember that some things aren’t meant to be shared.

Do what makes you happy and makes you feel comfortable with yourself. Don’t feel like you have to try too hard or go out of your way to appeal to people.

How much is Theo James worth?

Theo James’ net worth is estimated to be $4 Million.

How old is Theo James?

How tall is Theo James?

Theo James has quickly become a hugely successful and well-known actor since he began appearing in the ‘Divergent’ film series.

As of January 2023, Theo James’ net worth is approximately $4 Million.

What do you think about Theo James’ net worth? Leave a comment below.