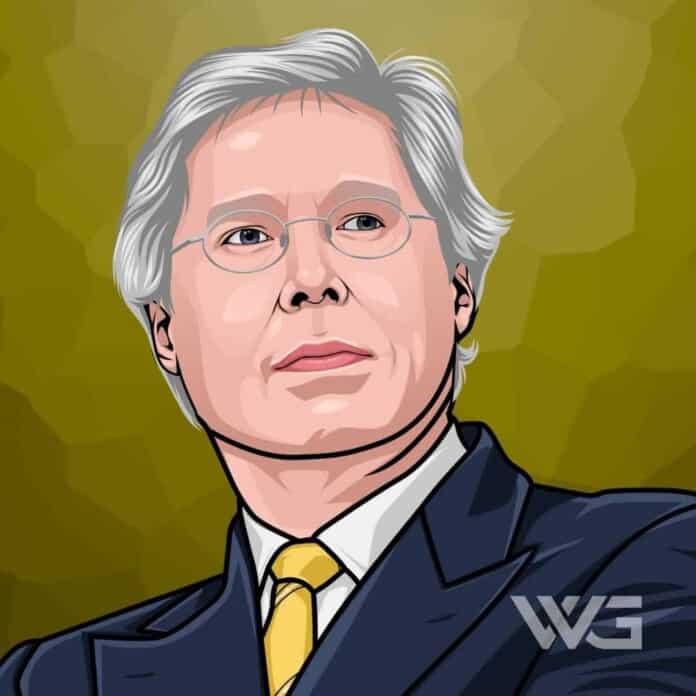 What is Georg Schaeffler’s net worth?

As of January 2023, Georg Schaeffler’s net worth is estimated to be $7.9 Billion.

Georg Friedrich Wilhelm Schaeffler was born on the 19th of October, 1964, in Erlangen.

From 1986 to 1990, Schaeffler studied business and economics at the University of St. Gallen, Switzerland, and worked within the Schaeffler Group from 1990 to 1996.

He later received a law degree, and a master’s from Duke University and practiced international business law in Dallas. He served two years in the German armed forces, reaching the rank of lieutenant in the air force reserves.

A misfortune took place when Georg was in his first year with the death of his father.

Although this bunged him for some time, yet he returned to complete his study. Before reverting to Duke, Georg worked on the separation of management and ownership with his mother, along with the hiring of an external CEO to manage daily operations.

After completing his study, he joined Haynes and Boone as a summer clerk, where he was offered a full-time job at the company, while none of his colleagues knew his factual background.

In 2006, he had dealings with the firm that required him to move to Germany whenever his presence was needed for the family business. But he resigned following increased responsibilities for his family business and slowly turned his focus entirely to the Schaeffler.

In 2008, the company took over the Continental AG, a public giant trader of tire & auto parts, a debt-financed deal. Sooner, the financial crisis almost crashed down the firm, forcing them into debt-restructuring negotiations.

As of January 2023, Georg Schaeffler’s net worth is estimated to be roughly $7.9 Billion.

Here are some of the best highlights of Georg Schaeffler’s career:

“Everyone wants to, first of all, find their way. I think that’s a natural reaction. We don’t just want to be slotted as the elder son, the heir apparent. The other reason is that if everyone knows who you are, you’re treated differently. They look at you through a different lens.” – Georg Schaeffler

“It wasn’t even a question in their mind. But if you have to decide this, emotions are not necessarily the best guidance.” – Georg Schaeffler

“My mother is an elegant, attractive woman. Perhaps it doesn’t fit into this picture that she works incredibly hard and is devoted to the company with her heart and soul.” – Georg Schaeffler

“It isn’t always objectionable for the government to help companies stay afloat and secure jobs. It is important to differentiate between the assistance benefiting a company that is fundamentally healthy and one that was already ailing before the crisis.” – Georg Schaeffler

“Hindsight is always 20/20. The situation was completely different in the spring and summer of 2008. At the time, Finance Minister Peer Steinbrück, like many economic institutes, predicted GDP growth of more than 1 percent for 2009. The automobile manufacturers backed up their positive figures.” – Georg Schaeffler

“This is the key to the debate. We embark on our analysis with the benefit of hindsight. The data in the summer of 2008 were positive. This brings us to the question: Did we make bad investment decisions?” – Georg Schaeffler

Now that you know all about Georg Schaeffler’s net worth and how he achieved success; let’s take a look at some of the lessons we can learn from him:

We all go through tough times. Make sure you never stop doing your routines.

Forgive yourself for not knowing what you didn’t know before you learned it.

Never regret a day in your life: good days give happiness, bad days give experience, worst days give lessons, and the best days pass memories.

How much is Georg Schaeffler worth?

Georg Schaeffler’s net worth is estimated to be $7.9 Billion.

How old is Georg Schaeffler?

How tall is Georg Schaeffler?

After his studies, he worked for many years as a business lawyer in one of the biggest öaw firms in the U.S.

As of January 2023, Georg Schaeffler’s net worth is estimated to be roughly $7.9 Billion.

What do you think about Georg Schaeffler’s net worth? Leave a comment below.