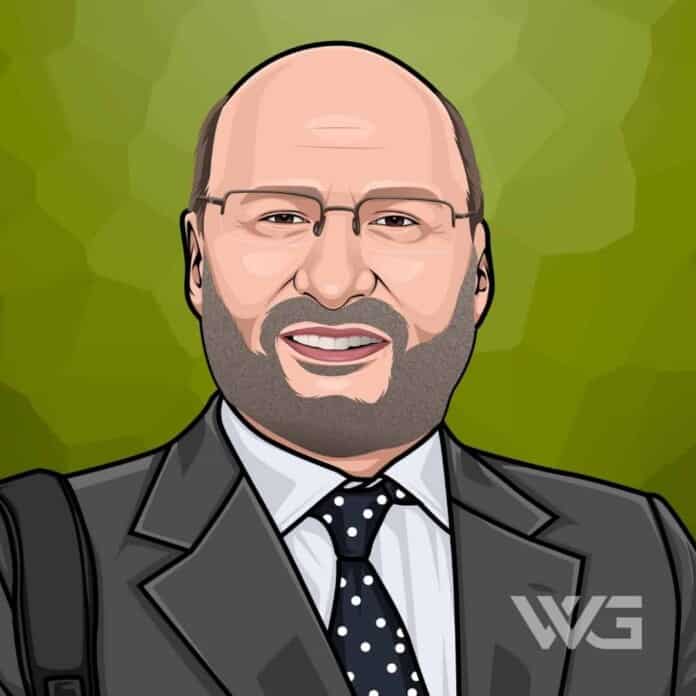 What is Gerard Wertheimer’s net worth?

Gerard Wertheimer is a French businessman. Wertheimer owns and controls the House of Chanel perfume company in partnership with his brother, Alain.

Today Chanel is one of the most famous brands in the world. The Wertheimer family fortune dates back to 1920s Paris when Pierre Wertheimer funded designer Coco Chanel.

As of February 2023, Gerard Wertheimer’s net worth is‎ estimated to be roughly $45 Billion.

Gerard Paul Philippe Wertheimer was born on the 17th of April, 1951, in France.

Born in a Jewish family, Gerard is the son of Eliane Fischer and Jacques Wertheimer.

He lived a lavish life from an early age. But at the same time, he showed outstanding entrepreneurship and leadership skills in childhood and using those. He became one of the most notable billionaires in the country.

Wertheimer is a French entrepreneur best known to be the co-owner of House of Chanel, the leading luxury brand across the globe.

His grandfather, Pierre Wertheimer, had co-founded the company in 1909, which he, along with his brother Alain Wertheimer, inherited from his father in 1996.

While Alain is the chairman of the company, Gerard lives in Switzerland and looks after the watch division of the business.

In addition to being the co-owner of the business, Gerard is also involved in horse breeding and racing and several charitable activities against child pornography.

Apart from clothing, the privately held company sells perfume, make-up, jewelry, watches, and other fashion accessories. Today, Chanel is one of the most popular brands of all time.

How Does Gerard Wertheimer Spend His Money?

Gerard Wertheimer spends some of his money on horses and charity.

Wertheimer loves horses, and his horses have won races at the French Derby and the Breeders’ Cup Turf in the U.S. He has also been active in supporting different charities.

Here are some of the best highlights of Gerard Wertheimer’s career:

“I spoke to the ‘Wine Spectator’ because that’s PR; that’s how you sell wine.” – Alain Wertheimer

“Because Horses are the brand value of ‘Wertheimer Freres.” – Alain Wertheimer

“I don’t give interviews on Chanel because it is not useful for the Chanel business.” – Alain Wertheimer

”I spoke to the Wine Spectator because that’s PR, that’s how you sell wine, and I will gladly speak to you about the wine and the horses because we sell the brand value. Horses are the brand value of ‘Wertheimer Frères.’ But I don’t give interviews on Chanel because it is not useful for the Chanel business.” – Alain Wertheimer

3 Business Lessons From The House Of Chanel

Now that you know all about Gerard Wertheimer’s net worth and how he achieved success; let’s take a look at some of the most vital lessons we can learn from him:

Coco Chanel brought a new vision of fashion to women. With its boyish qualities, simplicity, and clean lines, she forever revolutionized the industry. Innovation needs a picture.

2. Always To Remove, And To Pluck, Never To Add

If there is one key lesson every marketer or designer can learn from Coco Chanel, it’s adopting the art of more minor in a ‘strategic’ fashion that adds to the core by reducing. What five features can you take out of one product to make it simpler and better?

3. Strive To Be An Icon In Your Industry

The opportunity space for tier three and tier four companies are shrinking. It takes an iconic brand to sustain market share and growth. What are you doing that is helping to build the iconic status of your company?

How much is Gerard Wertheimer worth?

Gerard Wertheimer’s net worth is estimated to be $45 Billion.

How old is Gerard Wertheimer?

How tall is Gerard Wertheimer?

The two brothers keep their private lives under wraps and don’t give interviews to the press. Alain and Gerard Wertheimer, co-owners of Chanel, are among the ten wealthiest people living in France.

As of February 2023, Gerard Wertheimer’s net worth is estimated to be roughly $45 Billion.

What do you think about Gerard Wertheimer’s net worth? Leave a comment below.