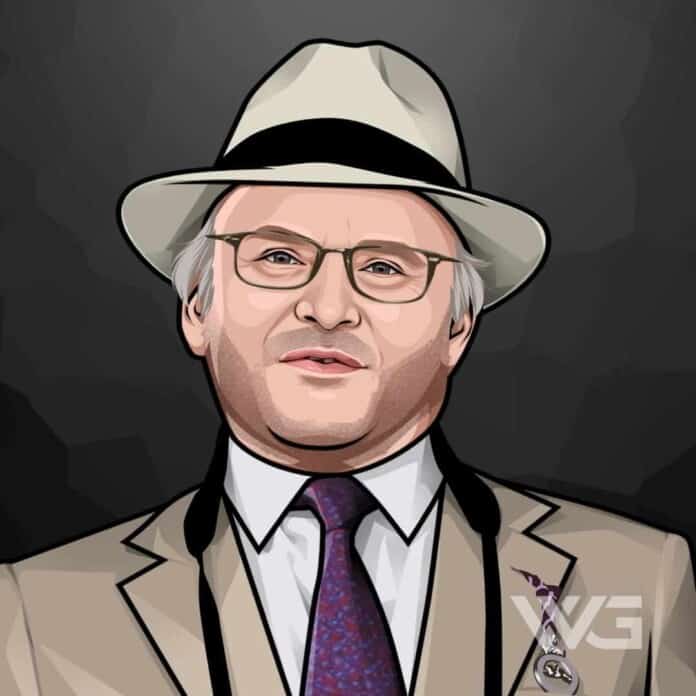 What is Alain Wertheimer’s net worth?

Alain Wertheimer is a French businessman and investor who co-owns the House of Chanel perfume and luxury accessories brand, having inherited the business following his father’s death.

Based in the United States, Alain is responsible for serving as chairman of the company, while his brother Gerard heads the division of watches.

As of February 2023, Alain Wertheimer’s net worth is estimated to be $45 Billion.

Alain Wertheimer was born on 28th September 1948 to his mother Eliane Fischer, and his father Jacques Guy Wertheimer, a successful French businessman.

His grandfather Pierre Wertheimer founded the highly regarded perfume company, House of Chanel, which Alain became co-owner and chairman of after his father’s death.

Along with his brother Gerard, Alain Wertheimer is the owner of Chanel S.A., a privately held company initially founded in 1909.

The company specializes in haute couture, ready-to-wear clothes, and a wide range of luxury fashion goods and accessories.

Chanel has been responsible for producing some of the most expensive perfumes in the world, for example, the Chanel Grand Extrait, which costs $4,200/Ounce.

They also produce luxury accessories, including some of the most expensive backpacks you can buy, such as the Chanel Shearling Lambskin Backpack, which retails at $6,500.

Chanel’s clients include the richest actresses in the world, with Nicole Kidman, Keira Knightley, and Catherine Deneuve listed among their clientele.

Their clothes and accessories have been worn by some of the richest models in the world, who have also represented the brand’s perfumes on commercials and billboards.

His brother Gerard is responsible for the company’s watch division, overseeing designs for some of the most expensive watches in the world, comparable to those made by Vacheron Constantin and Rolex.

While Alain Wertheimer’s career earnings are not public knowledge, as a multibillionaire and owner of Chanel, we can assume his salary runs into the millions each year.

The company brings in billions each year, with a revenue of $15.6 billion reported in 2021 alone.

Alain Wertheimer also receives income from his other business ventures, including his other brands, vineyards, and stables, with some estimates placing his annual career earnings at around $300 million.

The huge success of the House of Chanel has meant that Alain Wertheimer’s net worth has continued to climb each year since he took over the company.

Here’s an estimated overview of Alain Wertheimer’s net worth:

Alain Wertheimer is known for leading a private life, preferring to avoid the media and rarely giving interviews to the press.

However, it is known that he is married to Brigitte Wertheimer, with the couple residing in New York City.

They have three children together, and Brigitte is actively involved in the House of Chanel business, with the brand releasing lines of clothing inspired by her desire to empower women.

The House of Chanel has enjoyed considerable success under Alain Wertheimer’s guidance, picking up several accolades from the leading fashion industry awards.

Here are some highlights from Alain Wertheimer’s career:

How Does Alain Wertheimer Spend His Money?

As one of the richest people in the world, Alain Wertheimer has the funds to invest in any luxuries he desires, although he is renowned for leading a private life.

Also a keen equestrian, he has spent money on a thoroughbred horse racing stable, La Presle Farm, based in France.

He has also invested money in several vineyards throughout Europe, in Bordeaux, the Napa Valley, and Domaine de l’Île located on the island of Porquerolles.

Here are some of the best highlights of Alain Wertheimer’s career:

Like the other members of his family, Alain Wertheimer is notoriously media-shy, rarely giving interviews and discussing his private life, so few quotes are available directly from the billionaire.

Here are our favorite quotes from Alain Wertheimer:

Now that you know all about Alain Wertheimer’s net worth, let’s take a closer look at some of the incredible lessons we can learn from his business successes.

Here are some of the best success lessons to learn from Alain Wertheimer:

1. If You Want To Bring The Best Quality Products To Your Customers, Work With The Best Designers

If you’re manufacturing a product and want the best possible clientele, collaborate with the best designers possible.

While Wertheimer has made a fortune through Chanel, he doesn’t rely exclusively on the family business to build his fortune.

If you have the chance to invest in other business ventures without too much risk, take the opportunity to do so.

3. If You Want To Avoid Scandals, Lead A Private Life

The Wertheimer family is notoriously shy of media attention, preferring to live a discreet and private life away from public scrutiny.

That wraps up this guide to Alain Wertheimer’s net worth, covering his experiences with the House of Chanel and the company’s many successes under his leadership.

Wertheimer has also earned considerable income from other business ventures, making him one of France’s wealthiest individuals.

With the House of Chanel’s success showing no signs of slowing down, Wertheimer’s net worth will grow, so we’ll update this article in the future to include all the details.

As of February 2023, Alain Wertheimer’s net worth is estimated to be $45 Billion.

What do you think about Alain Wertheimer’s net worth? Leave a comment below.