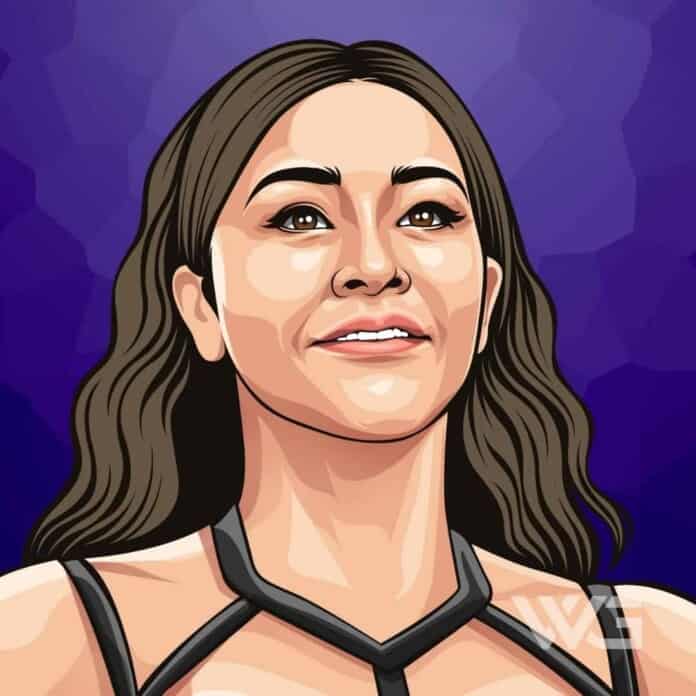 What is Gina Rodriguez’s net worth?

Gina Rodriguez is an American actress and director from Chicago.

Rodriguez is best known for her leading role as Jane Villanueva in The CW satirical romantic drama series ‘Jane the Virgin’, for which she received a Golden Globe Award in 2015.

As of January 2023, Gina Rodriguez’s net worth is estimated to be $5 Million.

Gina Alexis Rodriguez was born on the 30th of July, 1984, in Chicago, Illinois. Rodriguez is the daughter of Magali and Genaro Rodriguez, who are of Puerto Rican origin.

A seven-year-old Gina started performing as a dancer with the local salsa group ‘Fantasia Juvenil.’ She worked for other companies too, like the ‘Los Soneros Del Swing’ and performed in Chicago.

Soon after graduating, Gina Rodriguez got her first role in ‘Tiny Dancer.’ She then played the role of ‘Frida Kahlo’ at the ‘American Stage Theatre’ in a play titled ‘The Last Moments in the Life of Frida Kahlo.’

In 2011, she also played ‘Rita’ in the sitcom television series ‘Happy Endings,’ and ‘Elvia’ in the drama series ‘The Mentalist.’

She played a recurring role in the web series ‘Eden’s Court’ and appeared in three episodes of a TV series titled ‘No Names.’ Her first studio film was ‘Our Family Wedding’ where she appeared alongside America Ferrera.

In the dark comedy ‘Sleeping with Fishes,’ written and directed by Nicole Gomez Fisher, Rodriguez was seen in the lead role of ‘Alexis Rodriguez Fish.’ Fish was depicted as someone whose cheating husband dies followed by her return to her family.

Rodriguez’s lead role as ‘Jane Villanueva,’ in her favorite project ‘Jane the Virgin,’ surfaced on TV during the fall of 2014.

In 2017, she voiced a character named Mary in the computer-animated Christian comedy film ‘The Star,’ which was directed by Timothy Reckart.

Here are some of the best highlights of Gina Rodriguez’s career:

“I knew [my dad’s] words of ‘I can be anything I want to be’ were true. That’s what kept me strong. You fall; you get back up. If you don’t get back up, you’re already stopping your success.” – Gina Rodriguez

“Yes, there are 150 doors that are going to slam in your face, but there’s going to be the one with a little crack in it, and you’re going to bust that bitch down.” – Gina Rodriguez

“I am not superhuman. I constantly work on not letting those images push away the reminder that I am beautiful the way I am.” – Gina Rodriguez

“This award is so much more than me. It represents a culture that wants to see themselves as heroes.” – Gina Rodriguez

“Being an actress wasn’t realistic. I knew that I was going to have to do it in a way that would speak to my parents. So I went to NYU Tisch School of the Arts for theater, and I studied at the conservatory.” – Gina Rodriguez

Now that you know all about Gina Rodriguez’s net worth, and how she achieved success; let’s take a look at some of the best lessons we can learn from her:

1. You Only Live Once

You only get one life. Live it to the fullest. All your miseries will be forgiven when you will be dead.

2. Treat People The Way You Want To Be Treated

Give the People what they want – and they’ll get what they deserve.

How much is Gina Rodriguez worth?

Gina Rodriguez’s net worth is estimated to be $5 Million.

How old is Gina Rodriguez?

How tall is Gina Rodriguez?

Gina Rodriguez is an American actress who gained immense popularity for her role in the ‘CW’ series ‘Jane the Virgin.’ Rodriguez’s attractive personality and great acting skills had ‘The Hollywood Reporter’ describing her as the ‘Next Big Thing’ and listing her in ‘Top 35 Latinos Under 35.’

As of January 2023, Gina Rodriguez’s net worth is roughly $5 Million.

What do you think about Gina Rodriguez’s net worth? Leave a comment below.

What is Chris Pine's net worth? Introduction  As of ,...