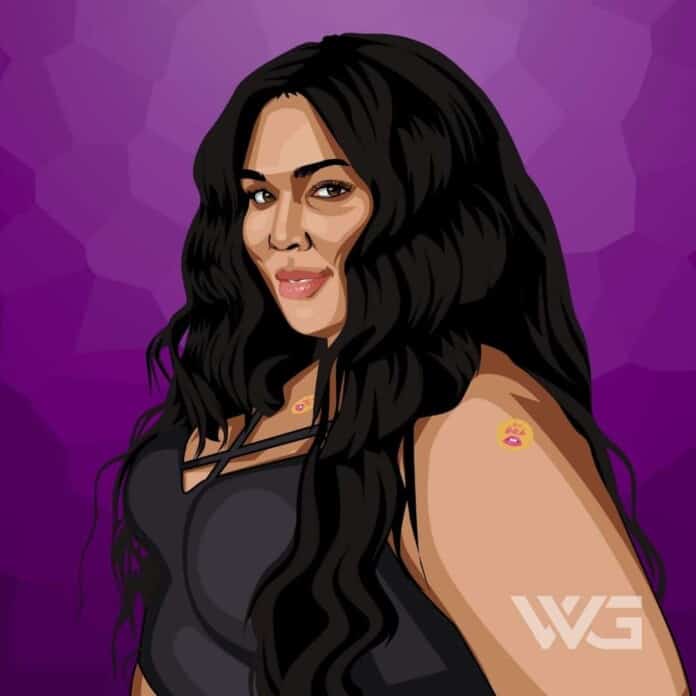 What is Lizzo’s net worth?

Lizzo is an American singer-songwriter, rapper, and flutist.

Melissa Viviane Jefferson was born on the 27th of April, 1988, in Detroit, Michigan.

She grew up with two older siblings and spent the early few years of her life in her hometown.

Growing up amidst this environment had a positive impact on Lizzo. Her family was deeply religious and believed in the Pentecostal church. She sang gospels and was part of church choirs. This influenced her music, too.

Lizzo had started rapping when she was 14 years old and was living in Houston.

She formed a rap group named the ‘Cornrow Clique,’ collaborating with her best friends. Lizzo played at many local events and gained some name for herself.

She formed a three-piece all-female rap/R&B group named ‘The Chalice,’ which became her stepping stone into the music industry. With ‘The Chalice,’ she recorded her debut album. In 2012, the group released their independently released debut album, ‘We Are the Chalice.’

In 2016, she released her first major EP, ‘Coconut Oil.’ By then, she was signed under ‘Atlantic Records,’ one of the biggest American record labels. Although the album was a success, it failed to achieve the success level of her first two studio albums.

In April 2019, Lizzo released her third album, ‘Cuz I Love You,’ which was her first album to be released under a major music label.

The album attained universal critical acclaim and was a commercial success, too. It debuted at the sixth spot on the ‘Billboard 200’ chart.

Here are some of the best highlights of Lizzo’s career:

“I don’t look to celebrities for style anymore because I’ve learned the chain of command. They are being dressed by a stylist who’s getting inspiration from a 16-year-old kid running the streets of Melbourne, Australia. Once I learned that chain of command, I just started taking it to the streets.” – Lizzo

“My formative years were in Houston. I was in middle school, and everyone was dropping the last half of their names and adding an ‘o’ to the end. The little crew that I had, we were an all-female rap group, and everyone had an ‘o’ at the end of their name. I was Lisso. Then this dude started getting lazy with it, saying Lizzo.” – Lizzo

“Minneapolis just embraced me. There are a lot of weirdos here. It’s awesome because I’m a weirdo. Thankfully, the city embraced me with open arms. A lot about Minneapolis helped carve my musicality and open my eyes. The whole town is so open-minded compared to like, you know, Texas.” – Lizzo

“The fight still isn’t people of color versus white. It’s the people versus the system built to keep us down. That’s the first line of the Constitution. And the system is manmade but is made of no man. Everyone, regardless of class, creed, culture and ethnicity can fight the system and help to break it down.” – Lizzo

Now that you know all about Lizzo’s net worth, and how she achieved success; let’s take a look at some of the lessons we can learn from her:

If you are confident in yourself and however you want yourself to be presented, and you’re doing well and doing it because you want to do it and not because someone is pressuring you, then more power to you.

Dress for your body type. Some people are blessed enough to be able to throw on something that Beyonce wears and it looks amazing. If you try to go against the grain and wear something that your body doesn’t like, it’s going to show.

Everyone looks to an artist for something more than just the music, and that message of being comfortable in your own skin is number one.

How much is Lizzo worth?

Lizzo’s net worth is estimated to be $12 Million.

How old is Lizzo?

How tall is Lizzo?

Lizzo is an American rapper, singer, songwriter, and presenter.

Throughout her career, she has been the founding member of many hip-hop groups, such as ‘Grrrl Prty,’ ‘The Chalice,’ ‘The Clerb,’ and ‘Absynthe.’

What do you think about Lizzo’s net worth? Leave a comment below.