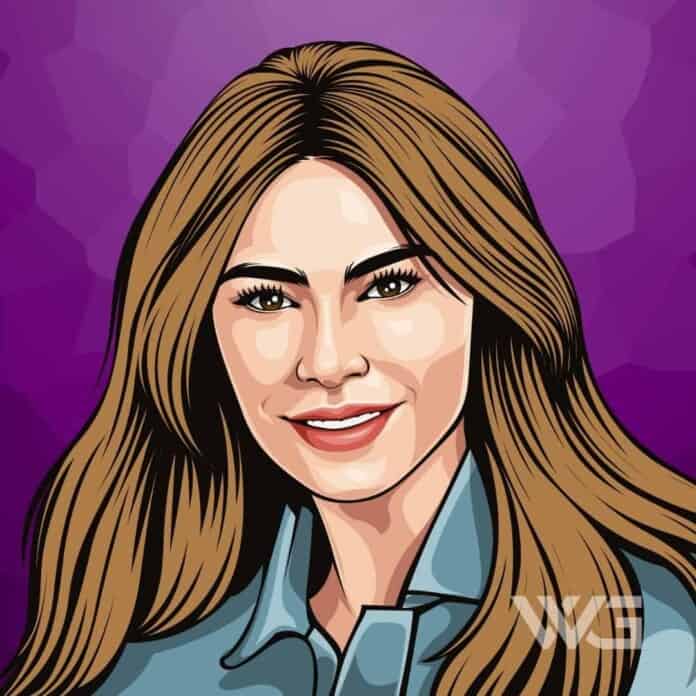 What is Sofia Vergara’s net worth?

As of February 2023, Sofia Vergara’s net worth is approximately $180 Million.

Sofía Vergara is a Colombian-American actress and model from Barranquilla, Colombia.

Vergara rose to prominence while co-hosting two television shows for the Spanish-language television network Univisión in the late 1990s. Her first notable acting job in English was in the film ‘Chasing Papi’.

Sofia Vergara was born on the 10th of July, 1972, in Barranquilla, Colombia. Her mother, Margarita Vergara de Vergara, was a housewife and her father, Julio Enrique Vergara Robayo, was a cattle farmer.

She attended Marymount International School Barranquilla, a private bilingual Spanish/English school. She later studied dentistry for three years at a university in Colombia.

Sofia Vergara started her career as a model after a photographer spotted her walking on a Colombian beach and quickly offered her work. However, coming from a strict Catholic family, she was initially concerned about accepting the offer and took permission from her teachers to work as a model.

At the age of 17, she appeared in a Pepsi commercial aimed for the Latin American audience. At the age of 20, she started working as a runway model in Bogota, Columbia. Her first major job on television was co-hosting the Univisión travel show, ‘Fuera de Serie’.

In 2005, she was cast in the movie ‘Four Brothers’. She later acted in two Tyler Perry films, ‘Meet the Browns’ and ‘Madea Goes to Jail’.

She was nominated for an ALMA Award for ‘Best Actress in Film’ for her performance in ‘Madea Goes to Jail’.

In 2011, she appeared in many Hollywood movies including ‘The Smurfs’, ‘New Year’s Eve’ and ‘Happy Feet Two’. In the last one, she worked as a voice actor.

She lent her voice to the character of Gabby Babblebrook in the 2013 animated sci-fi, ‘Escape from Planet Earth’. The same year, she did a role in the film ‘Machete Kills’.

In 2015, she worked as an actor as well as executive producer in the movie ‘Hot Pursuit’. She received a People’s Choice Awards nomination for her role in the movie.

Here are some of the best highlights of Sofia Vergara’s career:

“Latin women are very comfortable with their bodies and their sexuality. We aren’t afraid to show that off a little bit more.” – Sofia Vergara

“Confident people have a way of carrying themselves that makes others more attracted to them.” – Sofia Vergara

“I’m a natural blonde. But when I started acting, I would go to auditions and they didn’t know where to put me because I was voluptuous and had the accent, but I had blonde hair. It was ignorance: they thought every Latin person looks like Salma Hayek.” – Sofia Vergara

“Well, in Colombia everybody’s very voluptuous, and you’re supposed to be. You don’t want to be skinny when all of your cousins are mermaids. You grow up thinking that’s how beauty is.” – Sofia Vergara

Let’s take a look at some of the strongest lessons we can learn from her:

She is funny, smart, gorgeous and an actress in one of the most popular shows on TV, so we understand this woman’s confidence.

Sophia knew that confidence was key even before she got famous. So ignore that little voice in your head telling you that you are not good enough because you definitely are!

Sofia Vergara is proud of her curves and embraces herself for who she is and the way she looks.

Now we all can see that this woman is in great shape, but living in the public eye and especially in Hollywood, having curves is not always highly appreciated. So no matter what size you are, embrace yourself!

If we were all honest with ourselves we know that 9 out of 10 times we want to look good for other people and not just ourselves. We often care what people think of us based on what we choose to wear. Sofia made it very clear that she dresses for herself and does not follow trends.

She knows a lot of women don’t like the way she dresses, but her clothes make her feel good and as long as she is having a good time and is enjoying herself, she does not care what other people think. So, never forget to do what makes you happy!

How much is Sofia Vergara worth?

Sofia Vergara’s net worth is estimated to be $180 Million.

How old is Sofia Vergara?

How tall is Sofia Vergara?

Sofia Vergara has been the top-earning actress on US television for three years and ranked 32nd on the Forbes’ list of most powerful women in the world. She has modeled for a number of brands and products and has launched her own clothing line and jewelry collection.

What do you think about Sofia Vergara’s net worth? Leave a comment below.

Semi-retired stock car racer Paul Menard has made millions as one of the most talented racers in NASCAR.