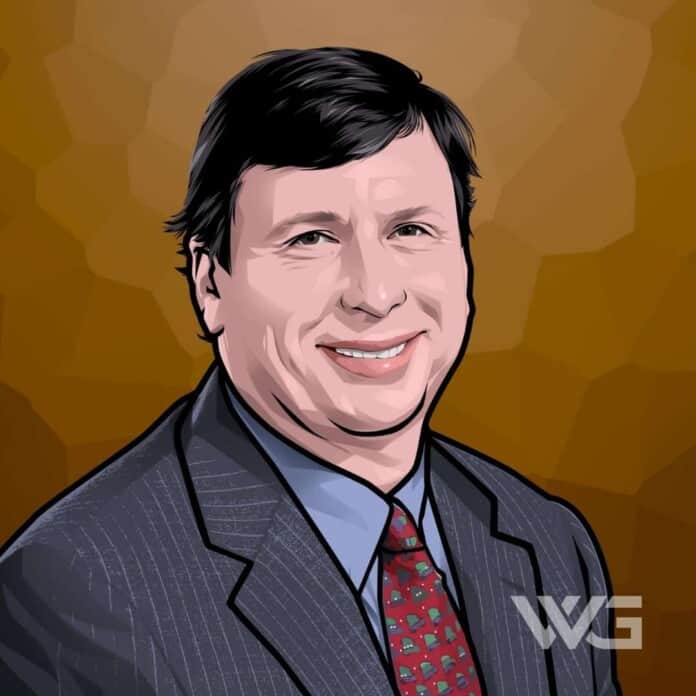 What is Jim Kennedy’s net worth?

Jim Kennedy is an American media executive and the current chair of Cox Enterprises.

The conglomerate was founded by his grandfather, James M. Cox. Kennedy started his career in 1972, working in many media roles.

He then held many positions in the newspaper industry, including production assistant, reporter, copy editor, advertising salesman, business manager,

His maternal grandfather was James M. Cox, the 46th and 48th governor of Ohio, newspaper publisher, and broadcaster. He received his bachelor’s degree in business administration from the University of Denver in 1970. In 2003, he received an honorary doctorate of humane letters from Kennesaw State University.

Kennedy began his career with Cox Enterprises in 1972, working in a variety of media roles.

In 2008, Kennedy gave the University of Denver a ten-million-dollar gift to create the James C. Kennedy Institute for Educational Success in the Morgridge College of Education.

The same year, he also established the James C. Kennedy Endowed Chair in Waterfowl and Wetlands Conservation in the Department of Wildlife & Fisheries of the College of Forest Resources at Mississippi State University.

Kennedy was diagnosed with prostate cancer in 2014. He encouraged Cox employees to participate in Movember to raise awareness for men’s health. The company raised nearly $2 million for the Movember Foundation.

In 2016, he gave $3.1 million to create a University. Wetlands America Trust presented him with its 2014 National Blue-winged Teal Award for giving his time, talent, and treasure to conserve natural resources.

Here are some of the best highlights of Jim Kennedy’s career:

“I’m still the chairman of the company. I’m still there a good bit of the time. The newspaper portion of the business is under real pressure and struggling. Newspapers need to figure out how to live in an electronically delivered news world. And they need to be able to monetize all the content they produce that is now delivered free.” – Jim Kennedy

“Not as big an effect on television and radio. If you look at the numbers radio and television deliver, they’re still darn good, but the more ways people have to get news, entertainment or information, it segments the market.” – Jim Kennedy

“My mother had a great love of the outdoors, and she instilled that in me. When I came to Colorado, I enjoyed — I hate to sound too corny — the majesty of the West, whether we were hunting, fishing, hiking or skiing, and I thought, “This is just so wonderful.” – Jim Kennedy

“I’m fortunate that all three of my children hunt, to one degree or another. I’m a bowhunter for big game purely, and I only hunt with traditional equipment, so I’ve spent a lot of time hunting and not much getting.” – Jim Kennedy

“Cox has a legacy of embracing technology and challenging the status quo. This is something we’ll continue to do. I’m personally excited to see how technology can not only improve business but also how we approach and improve sustainability and healthcare.” – Jim Kennedy

Now that you know all about Jim Kennedy’s net worth and how he achieved success; let’s take a look at some of the lessons we can learn from him:

Be stubborn on the vision and strategy.

Make things work, and if you fail, keep trying.

If your brainpower gets drained by constant worry, you’ve got nothing left for the real issues.

How much is Jim Kennedy worth?

Jim Kennedy’s net worth is estimated to be $8.2 Billion.

How old is Jim Kennedy?

How tall is Jim Kennedy?

Today, he is the chairman of Cox Enterprises. The Atlanta-based business controls the third-biggest cable operator in the U.S.

What do you think about Jim Kennedy’s net worth? Leave a comment below.