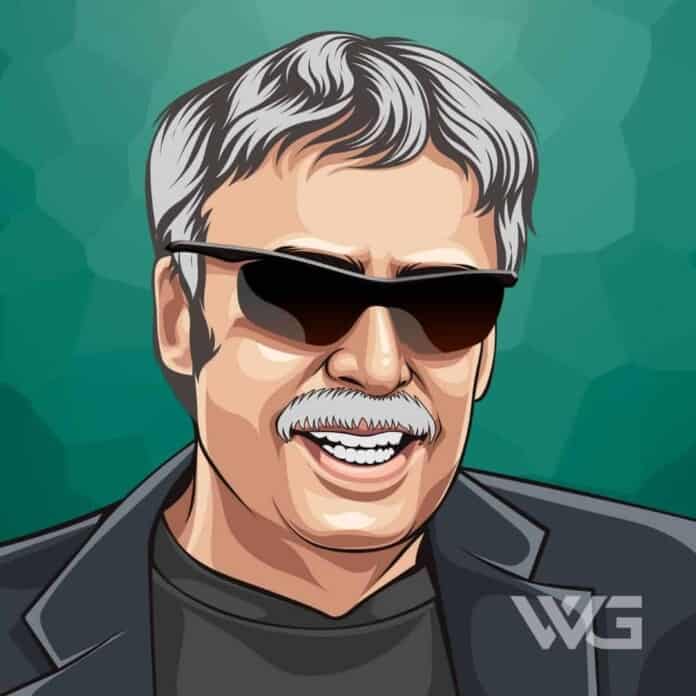 What is Phil Knight’s net worth?

As of February 2023, Phil Knight’s net worth is estimated to be roughly $40 Billion.

Philip “Phil” Hampson Knight is an American business magnate and philanthropist from Oregon. Knight is the co-founder and current Chairman Emeritus of Nike, Inc.

He is also the owner of the stop motion film production company ‘Laika’. Knight was ranked by Forbes as the 28th richest person in the world.

Philip Hampson Knight was born on the 24th of February, 1938, in Portland, Oregon. Knight is the son of lawyer turned newspaper publisher Bill Knight and his wife Lota Knight. He grew up in Portland and attended Cleveland High School.

Knight used to work the night shift tabulating sports scores and every morning he ran home the full seven miles. He continued his education at the University of Oregon (UO) in Eugene, where he is a graduate brother of Phi Gamma Delta Fraternity.

Knight began his career working as a Certified Public Accountant, firstly with Coopers & Lybrand, and then price Waterhouse. He then became an accounting professor at Portland State University.

After graduating from the University of Oregon, Knight enlisted in the Army and served one year on active duty. After one year of active duty, he enrolled at Stanford Graduate School of Business.

The first Tiger samples would take more than a year to be shipped to Knight; During that time he found a job as an accountant in Portland.

When Knight finally received the shoe samples, he mailed two pairs to Bowerman at the University of Oregon, hoping to gain both a sale and an influential endorsement. The company name would later be transformed into Nike.

His first sales were made out of a now legendary green Plymouth Valiant automobile at track meets across the Pacific Northwest. In 1969, the early sales allowed him to leave his accountant job and work full-time for Blue Ribbon Sports.

Today, Nike’s “swoosh” logo, now is considered to be one of the most powerful logos in the world.

Here are some of the best highlights of Phil Knight’s career:

“We wanted Nike to be the world’s best sports and fitness company. Once you say that, you have a focus. You don’t end up making wing tips or sponsoring the next Rolling Stones world tour. Play by the rules, but be ferocious.” – Phil Knight

“Up until the time I was 14 years old, I was sure that I was going to be a big-league baseball player. But that dream came to a rude awakening when I got cut from my high school baseball team.” – Phil Knight

“There is an immutable conflict at work in life and in business, a constant battle between peace and chaos. Neither can be mastered, but both can be influenced. How you go about that is the key to success.” – Phil Knight

Now that you know all about Phil Knight’s net worth, and how they achieved success; let’s take a look at some of the leadership lessons we can learn from them:

1. Branding and Advertising Do Not Have To Come Before Selling

As we saw in the introduction, Nike is considered one of the greatest brands of our times. Yet founder Phil Knight is not an advertising man. In fact, he was an accountant for most of the early years of Nike. That’s right. He did Nike as a side-job before going “all-in.

2. Don’t Believe Everything You Read In Conventional Management Books

Another area where Knight sheds modern best practices is in management. Conventional wisdom says managers should be available. They should be there to help their employees. To be in service of their teams. They should praise people often. And so on.

Leadership is always about inspiring others. Without inspiration, there are no followers. Without followers, there is no leader. But great leaders go beyond that and encourage others to become leaders themselves.

How much is Phil Knight worth?

Phil Knight’s net worth is estimated to be $40 Billion.

How old is Phil Knight?

How tall is Phil Knight?

Phil Knight is a huge influence on other people. He is the co-founder of Nike, which is today considered to be one of the most powerful logos and brand in the world.

What do you think about Phil Knight’s net worth? Leave a comment below.

Shooting guard Josh Green is a recent addition to the Dallas Mavericks, but he has already made himself indispensable.