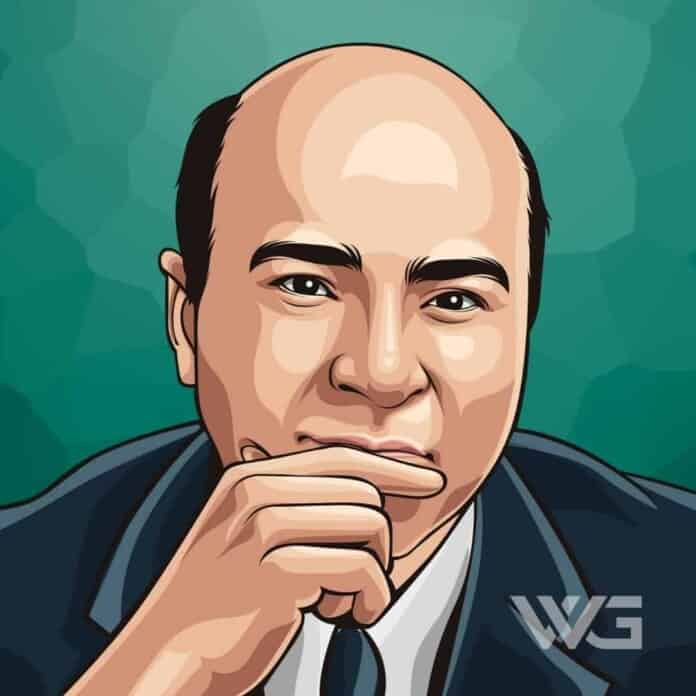 What is Kevin O’Leary’s net worth?

As of November 2022, Kevin O’Leary’s net worth is estimated to be roughly $400 Million.

Terence Thomas Kevin O’Leary is a Canadian author, businessman, and television personality from Montreal. O’Leary co-founded SoftKey and O’Leary Fund, which made him one of the most successful businessmen in the world.

Throughout his career, he has appeared on several TV shows including ‘Shark Tank’.

Terence Thomas Kevin O’Leary was born in Montreal, Quebec on the 9th of July, 1954. O’Leary is the son of Georgette and Terry O’Leary.

His parents divorced when he was a kid, largely due to his father’s alcoholism. He was inspired by his mother to develop his interest in business and investing.

O’Leary began his career by spending time in the United States and Cambodia, where his stepfather was a student and a United Nations worker. He earned himself a bachelor’s degree in environmental studies from the University of Waterloo in 1977 and an MBA.

In 1983, O’Leary co-founded a company called ‘SoftKey Software Products, Inc’. The company acquired many producers of educational software and was reputed to be one of Canada’s fastest-growing companies.

The company was later sold to the American toymaker Mattel in 1999 for more than $3 billion. The acquisition turned out to be hugely unprofitable for Mattel, and O’Leary soon left the company. In 2008, he set up a mutual fund named O’Leary Funds, which he later sold in 2016.

O’Leary started his rise to celebrity status in 2006. He took a place on a panel of venture capitalists that passed judgment on hopeful entrepreneurs for the reality show ‘Dragons Den’.

In 2009, O’Leary filled the same role in ‘Shark Tank’ which was a big breakout for him in his career. He also appeared as a commentator for the Canadian television channel Business News Network.

In 2017, O’Leary announced his candidacy for leadership of Canada’s Conservative Party. He reminded some observers of U.S. Donald Trump. However, he quickly became a front-runner and dropped out from the race in April. He claimed that he would be unable to win the 2019 general election.

As of November 2022, Kevin O’Leary’s net worth is estimated to be $400 Million dollars.

Here are some of the best highlights from Kevin O’Leary’s career:

“What are the most important qualities that make a successful entrepreneur? The ability to communicate. The ability to express your idea with certainty. That’s how you become a leader even if you are unsure, your ability to explain your vision and your direction is the attribute you need the most. Articulate your idea in 90 seconds or less.” – Kevin O’Leary

“There is a discipline required as an entrepreneur about working to optimize the business. There is no balance in life as an entrepreneur. You can’t expect to work 9 to 5 that’s never going to happen. You have to expect that it is going to consume your life for a period of time. That’s the downside, but the upside is that you buy yourself freedom in perpetuity.” – Kevin O’Leary

“I’m not planning on giving my kids any of my wealth. They know when their education is over, I’m pushing them out of the nest. The bird you see dead under the nest is the one who didn’t think about the future.” – Kevin O’Leary

“Working 24 hours a day isn’t enough anymore. You have to be willing to sacrifice everything to be successful, including your personal life, your family life, maybe more. If people think it’s any less, they’re wrong, and they will fail.” – Kevin O’Leary

“I want to go to bed richer than when I woke up. The pursuit of wealth is a wonderful thing, but the thing is you have to be honest about it, you have to tell the truth.” – Kevin O’Leary

View our larger collection of the best Kevin O’Leary quotes!

How much is Kevin O’Leary worth?

Kevin O’Leary’s net worth is estimated to be $400 Million.

How old is Kevin O’Leary?

How tall is Kevin O’Leary?

Kevin O’Leary is famous for his direct and often abrasive approach with other entrepreneurs. He is currently hoping to cross over from business to politics as a candidate to become the leader of Canada’s Conservative Party.

He has worked with some of the best entrepreneurs and he has influenced many by his work.

As of November 2022, Kevin O’Leary’s net worth is estimated to be roughly $400 Million. O’Leary is one of the richest businessmen in the world.

What do you think about Kevin O’Leary’s net worth? Leave a comment below.