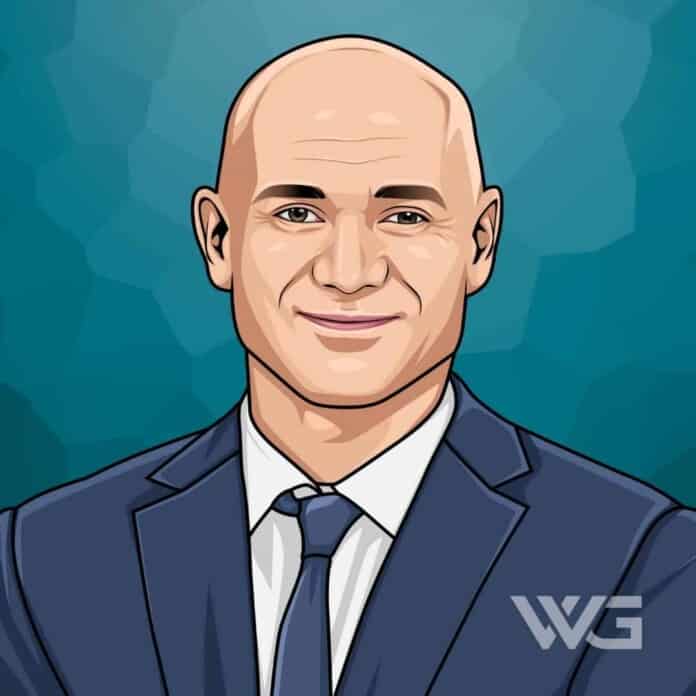 What is Andre Agassi’s net worth?

Andre Agassi is an American retired professional tennis player and former world No. 1 whose career spanned from the late 1980s to the mid-2000s.

Agassi is an eight-time Grand Slam champion and a 1996 Olympic gold medalist, as well as being a runner-up in seven other Grand Slam tournaments.

His father is of Armenian and Assyrian heritage. One of his ancestors changed his surname from Armenian Aghassian to less noticeable Agassi to avoid persecution.

Agassi at the age of 12 (with his good friend and doubles partner Roddy Parks) won the 1982 National Indoor Boys 14s Doubles Championship in Chicago.

In 1986, at the age of 16, he became a professional tennis player and played at La Quinta, California. In 1987, he tasted success for the first time at Sul American Open in Itaparica, after which he was ranked World No. 25.

In 1993, he won his first and only doubles title, while playing with Petr Korda at the ‘Cincinnati Masters’ event.
In the 1994 US Open, after his wrist-surgery, he became the first ‘unseeded’ player to win the Grand Slam, beating Michael Stich in the final.

His career turned for the better after playing in the ‘Challenger Series Tournaments’ in 1998. His ranking rose to world no. 6 and in 1999, he also won two Grand Slams: the French Open and the U.S. Open.

On September 4, 2006, though he lost his last match to Benjamin Becker of Germany at the U.S. Open, he received a standing ovation for his long and brilliant career in tennis.

Here are some of the best highlights of Andre Agassi’s career:

“I think one of the greatest joys I have now in my career and in my profession is to be playing at an age where I can appreciate it more than I used to… It’s a whole different lens you look through the older you get.” – Andre Agassi

“Sometimes it’s just harder to remind yourself about what you’re doing and why you’re doing it… Other times, you have a great desire for it, but physically you’re not responding the way you want. That presents other challenges. Then sometimes it all comes together.” – Andre Agassi

“Our vision is to create an exceptional lifestyle offering worthy of Tamarack’s incredible surroundings. All of our partners involved in this development are committed to delivering the highest level of quality and luxury possible. We are excited to have Fairmont join us in this endeavor.” – Andre Agassi

“You’ve got to believe you can win. But I believe respect for the fact that you can lose is what you always have to keep in mind so that nothing surprises you.” – Andre Agassi

“First of all, in any sport where you can measure distance, height speed and all of that, you see how athletes have changed their sport and made it better. I believe, with every generation, the sport has improved. Certainly, in the men’s game, that has been the case. I think that I played Pete [Sampras] at his best, I played Roger [Federer] at his best..” – Andre Agassi

Now that you know all about Andre Agassi’s net worth, and how he achieved success; let’s take a look at some of the best lessons we can learn from him:

1. Hard Work is Everything

The amount of work that it took Agassi to become the number one ranked ATP player in the world is enormous.

Starting at age 7, forced by his demanding father, he would hit the tennis ball 2500 times each day while training with an automated ball spitting machine tuned by his father to be faster and stronger than its market counterparts.

In seventh grade, Andre is being sent off to Florida to train in the prestigious Bollettieri Tennis Academy where he becomes rebellious, but also, where he manages to become an amazing tennis player and where he becomes a champion. He drops out of school and focuses all of his attention on tennis and his career.

2. Hard Work is Nothing if People You Work With Are Not Right

Before Andre met Gil Reyes in 1989 and took him on as his personal trainer and conditioning coach, he was trained by a Chilean strongman named Pat.

Pat wasn’t exactly the best for the job. He made Agassi do things that never applied to tennis and didn’t improve his on-court endurance and stamina.

3. It’s More About Losing Than Winning

Once Agassi became an amazing tennis player, he kept losing. And he was losing a lot. I was shocked by how many games he has lost after winning his first slam tournaments and after becoming no.1 in ATP ranking.

His greatness seemed to be in his persistence through major events and letting go of matches and tournaments that he deemed unimportant.

How much is Andre Agassi worth?

Andre Agassi’s net worth is estimated to be $145 Million.

How old is Andre Agassi?

How tall is Andre Agassi?

Andre Agassi is an American professional tennis player, who is well-known for his eight Grand Slam titles.

This legendary tennis player, whose career spanned nearly two decades, has been honored with various titles and accolades and continues to be an inspiration for tennis players all around the world.

What do you think about Andre Agassi’s net worth? Leave a comment below.