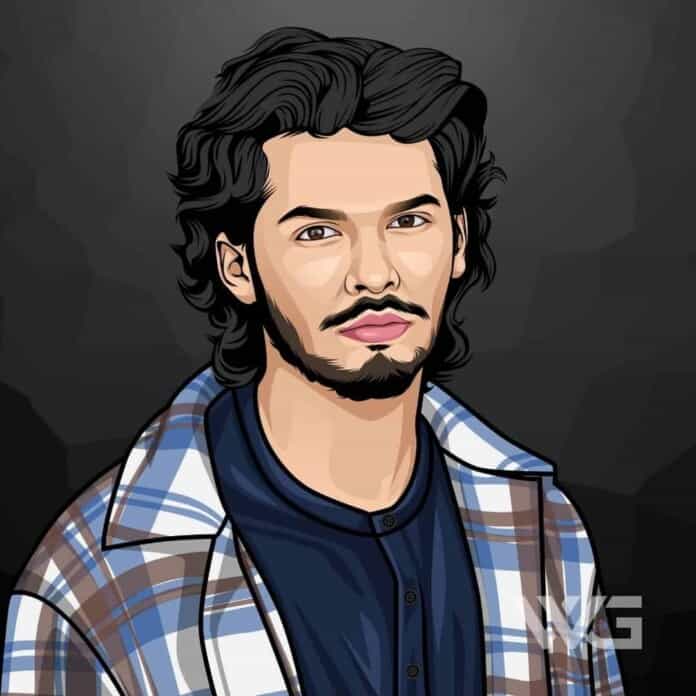 What is Xolo Maridueña’s net worth?

Xolo Maridueña is an American actor. Maridueña is best known for his role in the Netflix series ‘Cobra Kai’ and the series ‘Parenthood’. The series had received several awards and nominations. ‘Cobra Kai’ is based on ‘The Karate Kid’ film series, and it has met with positive reviews.

He also appeared in the television movie ‘Furst Born’.

Romário Xolo Maridueña was born on the 9th of June, 2001, in Los Angeles. Maridueña is of Mexican, Cuban and Ecuadorian descent. He is a close friend of Mary Mouser and Jacob Bertrand.  His natural talent helped him secure an agent, and he landed dozens of roles within his first year.

He was in several television commercials, and he has a recurring role on ‘Parenthood’. In 2019, he met Hannah Kepple during the filming of the first season of the ‘Cobra Kai’ series. Afterwards, Maridueña and Kepple soon started dating.

In 2012, Maridueña started his acting career in the comedy-drama series ‘Parenthood’. The series is about the Braverman clan, which consisted of an older couple, their four children and their families. The series was a huge hit and won several awards.

The following year, he made his film debut with a supporting role in ‘Dealin’ with Idiots’, written and directed by Jeff Garlin. The same year, he also had a guest role in the police procedural series ‘Major Crimes’.

He appeared in two other series ‘Mack & Moxy’ and ‘Rush Hour’ in 2016. The same year, he was seen in the television film ‘Furst Born’.

In 2018, Maridueña appeared in the drama series ‘Cobra Kai,’ based on ‘The Karate Kid’ film series. It received positive reviews, and it was nominated for several awards, such as the Emmy Awards and the Teen Choice Awards.

In 2019, he was a voice actor for the mystery animated series ‘Victor and Valentino’. The show airs on Cartoon Network. He also did the voice for the animated series ‘Cleopatra in Space’, which aired on the Streaming Service ‘Peacock’.

Here are some of the best highlights of Xolo Maridueña’s career:

“Hopefully by now your readers will have had a chance to catch at least the 1st 2 episodes of Cobra Kai so they can get a feel of this hybrid dramatic-comedy which continues the story of the original Karate Kid.” – Xolo Maridueña

“Absolutely! It was a daily 2-4-hour regiment of working with professional stunts, martial arts, boxing, strength and yoga instructor teams to get me in amazing shape. It is the hardest thing I have ever had to do. Wasn’t just about learning martial arts, it was about the entire task of learning martial arts and then using it in a way that can be choreographed and filmed.” – Xolo Maridueña

“Not really all that familiar with it at all except for seeing it as a younger person. Most of my familiarity came from the Jaden Smith and Jackie Chan Karate Kid, which came out when I was 9, so it was actually a big favorite of mine.” – Xolo Maridueña

“Oh man, just everywhere. I am of course inspired by actors I see really being on top of their game, especially those that can have longevity and also are able to move from genre to genre without breaking a sweat.” – Xolo Maridueña

“Xolo is named with Nahuatl origins, it’s an indigenous language, spoken by millions still to this day, mostly by people of Uto-Aztecan origin. The name is a form of the work for Dog Star, or “North Star,” Sirus. It’s the brightest star in the Orion belt.” – Xolo Maridueña

“In my own family, we have people who are in wheelchairs. I think it’s interesting to meet someone who is in a wheelchair because of something like old age versus someone who was put into a wheelchair due to a situation that was out of their control.” – Xolo Maridueña

Now that you know all about Xolo Maridueña’s net worth and how he achieved success; let’s take a look at some of the lessons we can learn from him:

1. Never Give Up On Yourself

Just remember how far you have come. Remember everything you have faced, all the battles you have won, and all the fears you have overcome.

Change is painful. But nothing is as painful as staying stuck somewhere you don’t belong. If you want to be better, you have to step outside your comfort zone and change the bad parts about yourself for the better.

You attract what you are, not what you want. If you want great, then be great. It’s that simple. You can always pick which side of the bus you want to sit on.

How much is Xolo Maridueña worth?

Xolo Maridueña’s net worth is estimated to be $2 Million.

How old is Xolo Maridueña?

How tall is Xolo Maridueña?

Xolo Maridueña is an American actor best known for portraying Miguel Diaz on the Netflix series ‘Cobra Kai’. From 2012 to 2015, he starred as Victor Graham on the series ‘Parenthood’.

He has also appeared in episodes of the series ‘Major Crimes’, ‘Mack & Moxy,’ ‘Rush Hour,’ ‘Twin Peaks,’ and ‘Victor & Valentino’. He won a Young Artist Award in 2014 for his amazing performance in ‘Parenthood’.

What do you think about Xolo Maridueña’s net worth? Leave a comment below.