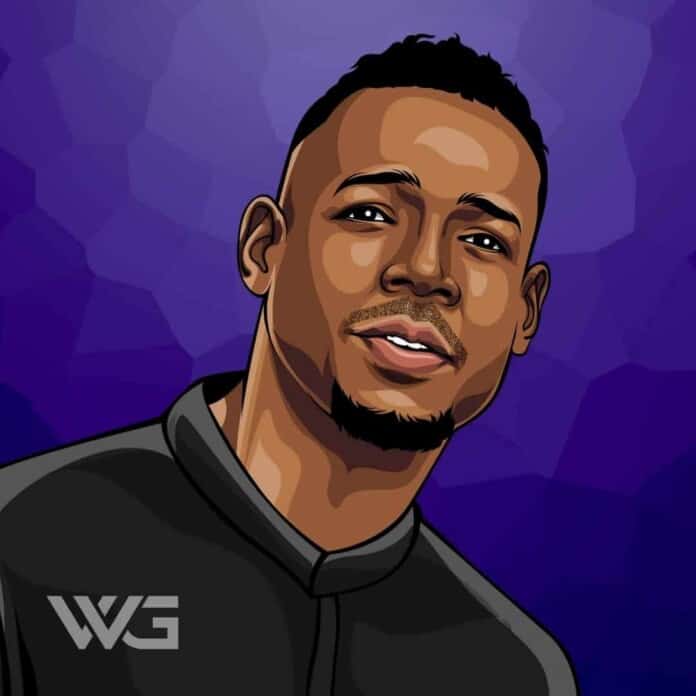 What is Marlon Wayans’ net worth?

Marlon Wayans is an American actor, comedian, screenwriter, and film producer from New York. Wayans is best known for starring in films such as ‘Scary Movie’, ‘Scary Movie 2’, ‘White Chicks’ and ‘Little Man’.

Marlon Lamont Wayans was born on the 23rd of July, 1972, in New York. Wayans is the son of Howell Stouten Wayans and homemaker and Elvira Alethia.

His nine siblings are Dwayne, Keenen Ivory, Damon, Kim, Elvira, Nadia, Diedre, Vonnie, and Shawn, all of whom are associated with the entertainment industry.

Wayans embarked on films as a teenager with the bit role of a pedestrian in the 1988 American action-comedy-parody film ‘I’m Gonna Git You Sucka’ that had his brother Keenen Ivory Wayans in the starring role.

He hosted the 2000 MTV Video Music Awards along with Shawn and also performed a skit with Lars Ulrich in the event held on September 7, 2000, at the Radio City Music Hall in New York City.

Marlon’s next notable film out of the comedy genre was the American military-science-fiction-action film ‘G.I. Joe: The Rise of Cobra’ that released on August 7, 2009.

He starred in his own sitcom, ‘Marlon’, an American comedy television series that premiered on NBC on August 16, 2017, and ran for ten episodes in the first season till September 13, 2017.

Here are some of the best highlights of Marlon Wayans’ career:

“Success is not a destination, but the road that you’re on. Being successful means that you’re working hard and walking your walk every day. You can only live your dream by working hard towards it. That’s living your dream.” – Marlon Wayans

“Let me tell you, Barack Obama is the most down dude in the world, but he’s so smart so articulate, such an amazing speaker such a passionate man. He’s humble.” – Marlon Wayans

“’Paranormal 1′ scared me because I didn’t know if it was real or what. ‘Blair Witch’ was kind of scary for the same reason. It takes the voyeur element away and makes you think, ‘Oh crap, this could really happen to me.’” – Marlon Wayans

“I was going to be valedictorian in elementary school, but I got into too many fights, and they made me salutatorian. I was smart back in the day. Now I’m just an idiot.” – Marlon Wayans

“There are so many things to talk about between black people, Hispanic people, white people, gay people, men, women, it’s all based on fear. We all have fears, this thing that stops us from embracing as we are one. We are never going to be one. People are messed up, but humor lets us see how ignorant we can be.” – Marlon Wayans

Now that you know all about Marlon Wayans’ net worth, and how he achieved success; let’s take a look at some of the lessons we can learn from him:

1. Live a Life True To Yourself

The single most common thing people regret when they near the end of their lives is this: “I wish I’d had the courage to live a life true to myself, not the life others expected of me.” YOU are the author of your destiny, so write the story you want to live, regardless of how fictional it may or may not sound to someone else.

It’s okay to let yourself feel your feelings, rather than pretend like they don’t exist. It’s possible to let life’s moments touch you, without allowing them to hurt you.

Don’t hide behind this cloak of comfort known as perfectionism.

How much is Marlon Wayans worth?

Marlon Wayans’ net worth is estimated to be $40 Million.

How old is Marlon Wayans?

How tall is Marlon Wayans?

Marlon Wayans is an accomplished American actor, comedian, film producer, and screenwriter best recognized for starring in films like ‘G.I. Joe: The Rise of Cobra’, ‘Scary Movie’ and ‘A Haunted House’.

He has also created his own sitcom with Christopher Moynihan titled ‘Marlon’ that aired on NBC for two seasons in 2017 and 2018 respectively.

As of February 2023, Marlon Wayans’ net worth is approximately $40 Million.

What do you think about Marlon Wayans’ net worth? Leave a comment below.