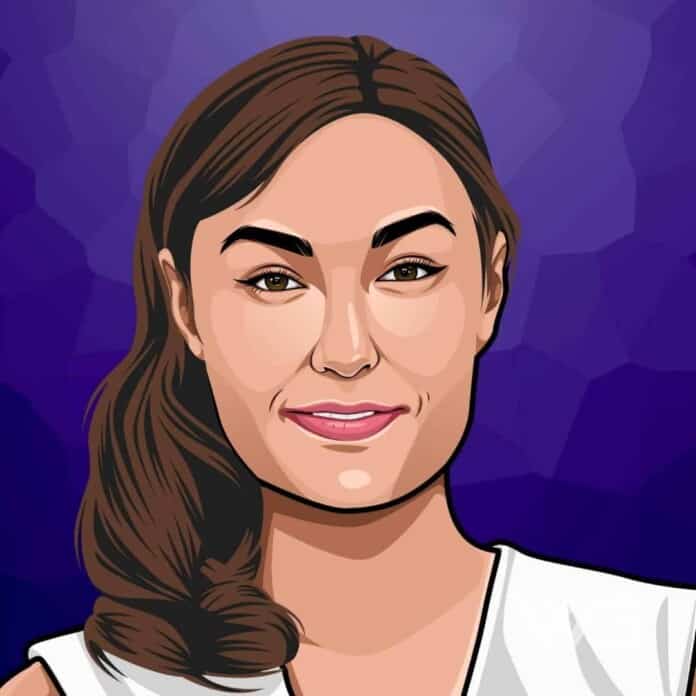 What is Sasha Grey’s net worth?

Sasha Grey is an American actor, model, musician, and writer from California.

Grey began her acting career in the adult film industry, winning 15 awards for her work between 2007 and 2010, including the AVN Award for Female Performer of the Year in 2008.

Marina Ann Hantzis was born on the 14th of March, 1988 in North Highlands, California into a working-class family. Her father was a Greek-American who worked as a mechanic and died on June 2015.

Grey’s parents divorced before she started middle school and she was subsequently raised by her mother, who remarried in 2000.

In May 2006, Sasha Grey moved to Los Angeles, California, and began performing in hardcore adult films. She considered calling herself Anna Karina but later changed it to Sasha Grey.

Less than six months after entering the adult industry, Grey was featured in the November 2006 edition of Los Angeles where she was flagged as a potentially major star.

She made a cameo appearance in Dick Rude’s 2010 independent film ‘Quit’, and starred in the 2009 Canadian low-budget black comedy/horror film ‘Smash Cut’ with David Hess from Odessa/Zed Filmworks.

As of December 2022, Sasha Grey’s net worth is estimated to be roughly $3 Million.

Here are some of the best highlights of Sasha Grey’s career:

“Rejection just motivates me to keep trying and to try to do better.” – Sasha Grey

“Reading was very important to me as a kid. It was very inspirational to me. I went to a school where that wasn’t encouraged so much, but my parents encouraged that, and it has made me part of who I am.” – Sasha Grey

“What one person sees as degrading and disgusting and bad for women might make some women feel empowered and beautiful and strong.”– Sasha Grey

“Persistence and determination are incredibly important. But sometimes you need to analyze the situation and understand when you’re wrong. You need to be able to cop to being wrong, learn to change, and continue to grow as a human being.” – Sasha Grey

“My goal is to be myself, and to challenge stereotypes, and to follow the rules, and break them, and make new rules. It’s not about doing something that’s already been done. That would be silly.” – Sasha Grey

“I’ve been writing since I was 10 or 11. I started with poetry because that was the easiest thing. It just kind of came naturally. I think at that time West Coast hip hop was huge; all these kids around me were like, ‘I want to be a rapper.’ But I’m a white girl, not going to be a rapper.” – Sasha Grey

Now that you know all about Sasha Grey’s net worth, and how she achieved success; let’s take a look at some of the lessons we can learn from her:

Respect anyone who had the guts to look fear in the face and smile back. If you want to be respected by others, the great thing is to respect yourself. Only by that, only by self-respect will you compel others to respect you.

Learn how to listen. Most people just wait for their turn to talk.

Keep listening is the kind of listening that can help relieve the suffering of another person. You can call it compassionate listening. You listen with only one purpose: to help him or her to empty his heart.

Get out of bed when it’s absolutely the last thing you feel like doing.

How much is Sasha Grey worth?

Sasha Grey’s net worth is estimated to be $3 Million.

How old is Sasha Grey?

How tall is Sasha Grey?

Grey has won numerous awards between 2007 and 2010, including the AVN Female Performer of the Year Award in 2008, as well as, she was profiled by several popular culture magazines and TV programs.

What do you think about Sasha Grey’s net worth? Leave a comment below.