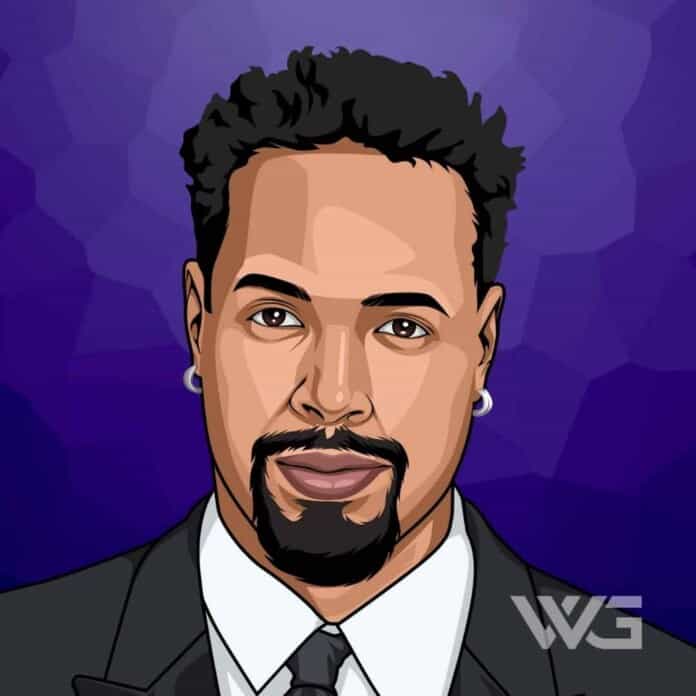 What is Shawn Wayans’ net worth?

Wayans is best known for starring in  ‘In Living Color’ and ‘White Chicks’. He is the brother of Dwayne, Marlon, Keenen Ivory, Damon Sr., Kim, Elvira, Ebony R. Hemphill-Wayans, and Ryan A. Wayans.

Shawn Mathis Wayans was born on the 19th of January, 1971, in New York. Wayans, Howell Stouten Wayans, was a supermarket manager. His mother, Elvira Alethia, was a homemaker as well as a social worker.

His siblings include Keenen Ivory, Damon Sr., Marlon Wayans, Kim Wayans, Elvira Wayans, and Nadia Wayans. He completed his graduation from Bayard Rustin High School for Humanities in the year 1989.

After completing his high school graduation, Shawn Wayans, along with some of his siblings, joined the cast of the popular American sketch-comedy show, ‘In Living Color’.

In 1995, along with his brother Marlon Wayans, Shawn started his own comedy TV series ‘The Wayans Bros’. The show, which was mostly autobiographical, earned him much appreciation and popularity.

In the year 2000, he co-wrote and starred in the horror-comedy film ‘Scary Movie’. The movie, which was directed by his brother Keenen Ivory Wayans, was inspired by films such as ‘I Know What You Did Last Summer’ and ‘Scream’. The film, despite receiving mixed reviews, was a huge commercial success, grossing $278 million worldwide.

Wayans appeared in the comedy film ‘White Chicks’ in 2004, which was directed by his brother Keenen Ivory Wayans.  The film was a commercial success and received mostly mixed reviews.

Here are some of the best highlights of Shawn Wayans’ career:

“If I didn’t make it in this world, I would probably be homeless. I gave myself that little to fall back on.” – Shawn Wayans

“For Scary Movie 2, we had a due date and had to work fast. And though there’s a lot of pressure, as artists, we just block it out. So really, the pressure comes from us. That’s how the first movie happened. There was no outside pressure: we wanted to hit the audience hard.” – Shawn Wayans

“We still have that same burn, to get that same kind of laughs. So whether the studio wants us to or not, we’re going to do it. The money is just a byproduct of coming out with good stuff. Our whole thing is building that rapport with the audience.” – Shawn Wayans

“There were challenges with production because of the special effects. There are just some things that, although written, special effects just aren’t able to do.” – Shawn Wayans

Now that you know all about Shawn Wayans net worth, and how he achieved success; let’s take a look at some of the lessons we can learn from him:

We must be careful more than ever what we let our hearts believe in.

2. Every Day Is Special

Live each day as if it were your last, for one day, you’re sure to be right.

Learn to recognize good luck when it’s waving at you, hoping to get your attention.

How much is Shawn Wayans worth?

Shawn Wayans’ net worth is estimated to be $30 Million.

How old is Shawn Wayans?

How tall is Shawn Wayans?

Shawn Wayans’ is an American actor, as well as a producer and writer, best known for his appearances in the popular sketch comedy TV series ‘In Living Color’, and the ‘Scary Movie’ film franchise. Wayans has worked in and created several successful films over the past years.

What do you think about Shawn Wayans’ net worth? Leave a comment below.