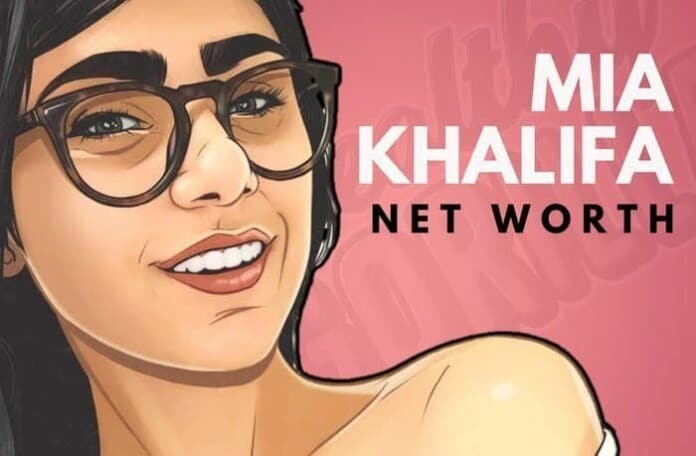 What is Mia Khalifa’s net worth?

As of December 2022, Mia Khalifa’s net worth is estimated to be $5 Million, which is an unbelievable net worth.

Mia was ranked as the number one performer in 2014, which gave her a lot of attention.

Khalifa was born in Beirut, Libanon on February 10, 1993. She moved with her family to the states in 2001. Her family is Catholic so she was raised in that religion. She describes her home as “a very conservative home”.

Khalifa attended a French private school in Beirut where she learned how to speak English. After she moved to America, she attended to Massanutten Military Academy where she later graduated from the University of Texas at El Paso.

Khalifa started her career by working as a bartender and a part-time model. She entered her adult film career in October 2014. Khalifa started to work with Whataburger which gave her a lot of attention from people.

With more than 1.5 million views, Khalifa was now the most searched performer in the adult film market. The following year she was ranked by an adult film company that she was the No. 1 performer on their website.

She received several death threats on the website including a manipulated image of an Islamic State of Iraq and the Levant. In an interview she did with the Washington Post she claimed that Hollywood films depicted Muslims in a far more negative light than any adult actress should.

In January 2015, Khalifa signed a long-term contract with Bang Bros company which required her to perform in multiple films every month. She decided to resign, she quoted:

“It was an eye-opener for me. I don’t want any of this, whether it’s positive or negative – but all of it was negative. I didn’t get too much into it about how my friends and family and relationships were suffering.”

Here are some of the best highlights of Mia Khalifa’s career:

“Sometimes I complain about the realm of sports being too much of a “boys club” and feel overwhelmed in trying to break into it and make my voice heard. I now feel ashamed that I’m not using the voice I do have to speak up for those who can’t. Sports is a unifying, beautiful part of life that everyone who wants to should have a chance to experience. My first love wasn’t a boy, it was a team.  – Mia Khalifa

“Two of the most opposite Austin-ites got together and talked being bonded by our status as social pariahs. Utterly humbled by the experience of sharing my story.” – Mia Khalifa

“My first heartbreak wasn’t a boy, it was a too-early hockey exit. I’ve shed more tears of sadness, and joy over sports than I can count. I understand fighting to be allowed in sports media, but I can’t fathom the idea of not being allowed to enter stadiums just because of my gender. These women deserve better, and a small step is to let people know what is going on in these oppressive countries by spreading the word.” – Mia Khalifa

“Who did this, and what are the names and whereabouts of their loved ones? I just wanna talk.” – Mia Khalifa

How much is Mia Khalifa worth?

Mia Khalifa’s net worth is estimated to be $5 Million.

How old is Mia Khalifa?

How tall is Mia Khalifa?

Mia Khalifa is one of the youngest adult actresses in the industry, but she has already built a high net worth. She has influenced many by her statements being a Lebanese American adult actress.

Khalifa is just at the start of her career. It’s going to be interesting what she does next.

As of December 2022, Mia Khalifa’s net worth is estimated to be $5 Million dollars.

What do you think about Mia Khalifa’s net worth? Leave a comment below.

What is Lil Dicky's net worth? Introduction  As of ,...