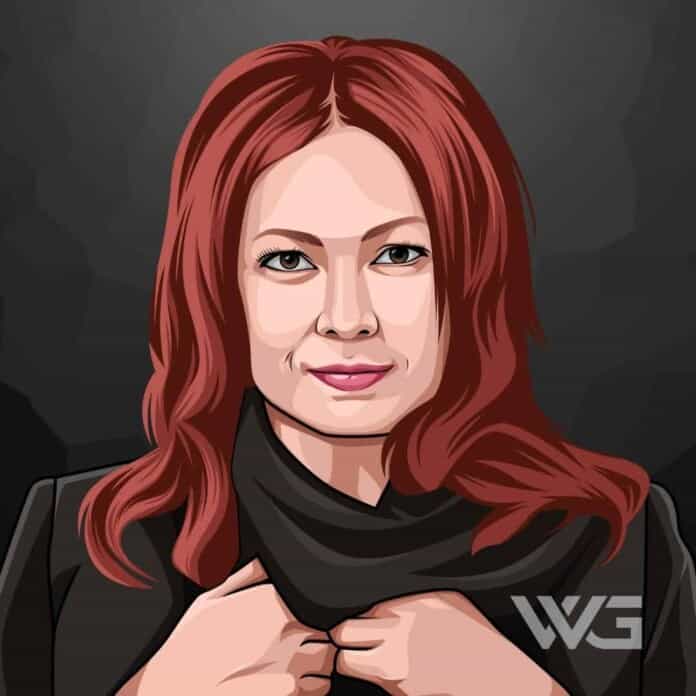 What is Traci Lords’ net worth?

During the mid-1980s, she starred in X-rated films and was one of the most sought-after pornographic actresses in the adult entertainment industry.

Nora Louise Kuzma was born on the 7th of May, 1968, in Steubenville, Ohio. Her father, Louis, was of Ukrainian descent and her mother, Patricia, was of Irish origin.

Her father was an alcoholic and worked in the steel industry. He would always come home drunk and abuse her mother, which resulted in their divorce when Traci was seven years old.

Lords made her debut in mainstream cinema with a lead role in the movie ‘Not of This Earth,’ directed by Jim Wynorski, in 1988. She also signed a modeling contract for the magazine ‘Muscle & Fitness’ under her actual name, Nora Kuzma. Her major success in mainstream cinema came in 1990 with the musical comedy, ‘Cry-Baby,’.

She subsequently moved to London and began modeling for fashion designers like Thierry Mugler. In 1990, she released her fitness video, ‘Warm up with Traci.’

Lords signed a contract with ‘Radioactive Records’ and recorded the song ‘Love Never Dies’ for the movie ‘Pet Sematary Two’ and the song ‘Little Baby Nothing’ by Manic Street Preachers.

She released her debut studio album titled ‘1000 Fires,’ in 1995. Her lead single from the album titled ‘Control’ reached the second spot on the ‘Billboard Hot Dance Club Songs’ list.

In 2008, she appeared in the science fiction direct-to-DVD movie, ‘Princess of Mars.’

Here are some of the best highlights of Traci Lords’ career:

“My happiest childhood memories are of times in our backyard. My mother had an old clothesline that hung out in front. It seemed like it stretched a mile long, and I loved sitting in the sun while she hung clothes.” – Traci Lords

“I am climbing to the top Of the tallest darkest tree I need to know Where heaven stops What lies Beyond the dream.” – Traci Lords

“I have a lot of — I struggle with a lot of shame over my past. There have been times when I’ve been incredibly embarrassed about the things that happened to me. I don’t think that there is one human being in this world that would wish, you know, to be injured as a kid the way — in ways that I was.” – Traci Lords

“I have so many other interests: Writing, acting, directing, real life, I need little pieces of it all to satisfy me. The thirst is deep and I am complicated.” – Traci Lords

Now that you know all about Traci Lords’ net worth, and how she achieved success; let’s take a look at some of the lessons we can learn from her:

How much is Traci Lords worth?

Traci Lords’ net worth is estimated to be $4 Million.

How old is Traci Lords?

How tall is Traci Lords?

Traci Lords is a well-known American actress and singer, who had a controversial beginning to her career as she had acted in adult movies while she was still underage.

Ironically, she decided to turn her attention towards mainstream cinema after reaching the legitimate age.

As of November 2022, Traci Lords’ net worth is approximately $4 Million.

What do you think about Traci Lords’ net worth? Leave a comment below.