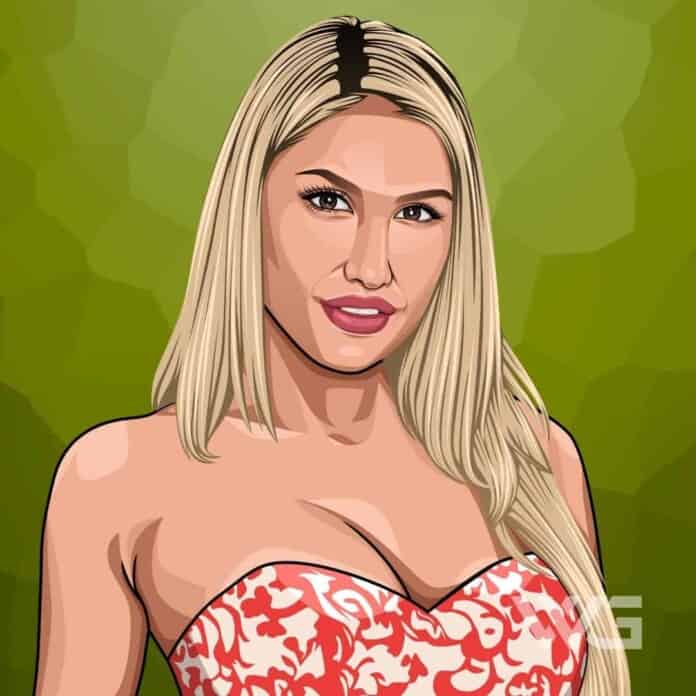 What was August Ames’ net worth?

August Ames, born Mercedes Grabowski, was a Canadian American adult film actress and model, who starred in more than 290 movies.

She has been nominated for several AVN Awards throughout her career.  She started her career as a model and pursued her adult film career from there.

August Ames was born in Antigonish, Nova Scotia on the 23rd of August, 1994.

She was raised by her parents in Colorado Springs during her teenage years, and she was of Polish and American descent. When Ames grew up with her parents both worked in the army, her mother suffered from bipolar disorder.

Ames alleged that she was often sexually molested by her grandfather during her childhood. Her father refused to believe her so at the age of 12 she had to move to a group home.

In her early years, she worked as a nanny, animal-assistant aide, and horseback trainer.

She gained a lot of attention and success and starred over 270 films. The incredible number of films she starred in gave her a lot of fans on social media. She had over 600,000 followers on Twitter.

In 2015, Ames was nominated for Best New Starlet at the Adult Video News Award known as the “Oscars of adult films”. She was also nominated for Female Performer of the Year for the upcoming AVN in 2018.

The tweet gained a lot of concern from her readers. Ames was bisexual herself and meant that she loved the gay community and that she had the right to exercise her sexual autonomy. After she passed away in 2017 Ines Rau made a statement saying:

I am so disappointed in some of the people in the adult industry. I am also shocked and dismayed at a few FEMALES that attacked and helped fan the fire against my friend August. Her blood is on their hands.”

Ames’ husband also made a statement after her death saying;

“If you fire a gun into the air and that bullet randomly hits someone that you never intended to kill, you still killed them. I write this to make it crystal clear: Bullying took her life. If the harassment had not occurred, she would be alive today. She ended her life the day after the bullying began. To think they are unrelated is delusional.”

Here are some of the best highlights of August Ames’ career:

“I don’t drink alcohol anymore. When I would drink, I’d black out every time. I used to smoke a lot of weed too, I used to be a big stoner but I’ve cut that out too. I just drink water now.” – August Ames

“It was just awful. It’s still recent where I have to keep myself occupied or else I start thinking about all that s*** and then I fall into a depression.” – August Ames

“Do agents really not care about who they’re representing? I do my homework for my body.” – August Ames

“I don’t have anything to apologize for! Apologizing for taking extra steps to ensure that my body stays safe? You guys attacking me when none of my intentions were malicious. I f**king love the gay community! What the f**k ever! I CHOOSE who I have inside my body. No hate.” – August Ames.

August Ames was one of the most popular adult film actresses.

She gained a high net worth during her career as a model and actress. She has influenced many. She was bullied on Twitter before her death for her statement about gay people.

What do you think about August Ames net worth? Leave a comment below.