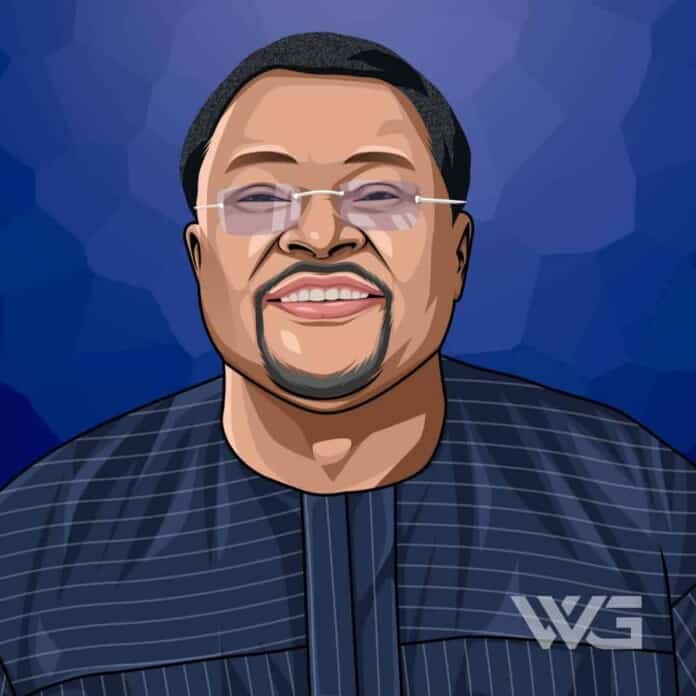 What is Mike Adenuga’s net worth?

Mike Adenuga is a Nigerian billionaire businessman and the second-richest person in Africa.

His company Globacom is Nigeria’s second-largest telecom operator, which has a presence in Ghana and Benin. He owns stakes in the Equitorial Trust Bank and the oil exploration firm Conoil.

As of December 2022, Mike Adenuga’s net worth is estimated to be $6 Billion.

Michael Adeniyi Agbolade Ishola Adenuga Jr. was born on the 29th of April, 1953, in Ibadan, Nigeria.

His father was a school teacher while his mother was a businesswoman of royal Ijebu descent.

Adenuga received his secondary school education at Ibadan Grammar School, Ibadan, and Comprehensive High School, Aiyetoro, for his Higher School Certificate. He worked as a taxi driver to help fund his university education.

In 1990, Adenuga received a drilling license. The following year, his Consolidated Oil struck oil in the shallow waters of Southwestern Ondo State, the first indigenous oil company to do so in commercial quantity.

He was issued a conditional GSM license in 1999. His telecom company Globacom spread quickly and started challenging the giant MTN Group.

It launched services in Benin in 2008 and has continued its spread across Ghana and Côte d’Ivoire, with more licenses currently being prospected in other West African countries.

Adenuga was named “African Entrepreneur of The Year at the first African Telecoms Awards” in August 2007. In 2009, he was detained for money laundering by the Economic and Financial Crimes Commission.

Here are some of the best highlights of Mike Adenuga’s career:

“The harder you work, the luckier you get” – Mike Adenuga

Now that you know all about Mike Adenuga’s net worth, and how he achieved success; let’s take a look at some of the lessons we can learn from him:

1. Grow Stronger Than Before

Accepting, embracing, and learning from the change makes you stronger and better than you were in the past. The ability to learn from your past makes you a better person. A person who is able to deal with the changes more easily and is able to move on without having any regrets in life.

How much is Mike Adenuga worth?

Mike Adenuga’s net worth is estimated to be $6 Billion.

How old is Mike Adenuga?

How tall is Mike Adenuga?

Mike Adenuga is a Nigerian billionaire who is one of the richest Africans.

With over 24 million customers in Nigeria, Globacom also operates in the Republic of Benin, where it recently acquired licenses to start businesses in Ghana and the Ivory Coast.

What do you think about Mike Adenuga’s net worth? Leave a comment below.