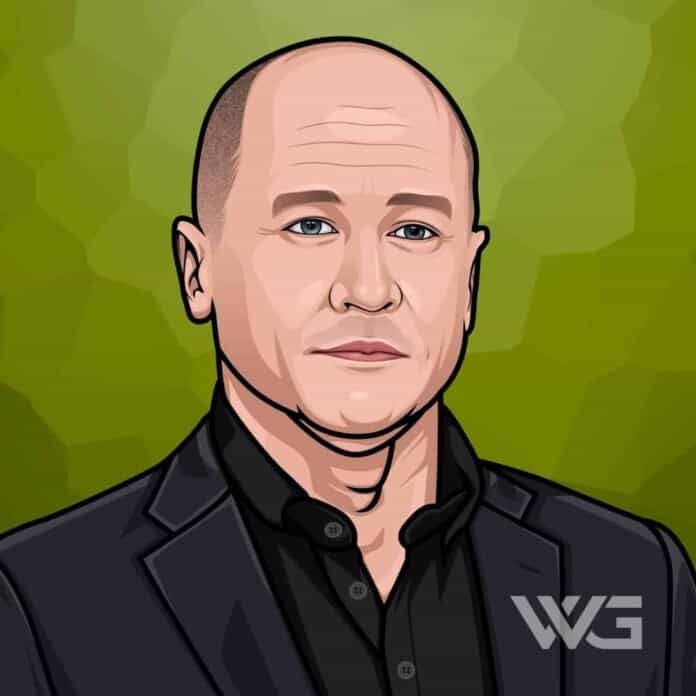 What is Mike Judge’s net worth?

Mike Judge is an American actor and director.

Judge wrote and directed the films ‘Beavis and Butt-Head Do America’, ‘Office Space,’ ‘Idiocracy’ and ‘Extract’.

Michael Craig Judge was born on the 17th of October, 1962, in Guayaquil, Ecuador.

Judge is the middle of three children born of Margaret Yvonne and William James Judge.

His father was working for a nonprofit organization in Guayaquil and other parts of Ecuador, promoting agricultural development. Judge was raised from age seven in Albuquerque, New Mexico, where he spent a small portion of his life working on a chicken farm.

Judge wrote and directed the films ‘Beavis and Butt-head Do America’, ‘Office Space,’ ‘Idiocracy’ and ‘Extract.’ With the exception of Office Space, he was also the producer. He is also known for his role as Donnagon Giggles in the ‘Spy Kids’ movie franchise.

He was raised from age 7 in  Albuquerque, New Mexico, and attended St. Pius X High School before graduating with a Bachelor of Science in physics in 1986.

The following year, he moved to Silicon Valley to join Parallax Graphics, a startup video card company with about 40 employees based in Santa Clara. Disliking the company’s culture, philosophy, and colleagues.

In the early 1990’s he played blues bass with Doyle Bramhall and was a part of Anson Funderburgh’s band for two years, playing on 1990 Black Top Records release Rack ‘Em Up.

In 1989, he purchased a Bolex 16 mm film camera and began creating his own animated shorts, which led to his 1992 development of ‘Frog Baseball’. By 2005, Judge had already been presented with the Austin Film Festival’s Outstanding Television Writer Award.

How Does Mike Judge Spend His Money?

Mike Judge spends some of his money on real estate.

Here are some of the best highlights of Mike Judge’s career:

“It seems like there’s a lot of people who do not understand satire. They think it’s weird. There are people who don’t understand you portray something or explore a character. It means you’re condoning it, saying this is the way to live.” – Mike Judge

“One thing I was thinking about is that they probably get their comeuppance about the same percentage that people in real life do. Basically, stealing for all practical purposes might as well be legal in New York.” – Mike Judge

“All the Disney lead male characters always have this kind of John Davidson kind of look to them. They all look like the same guy, and all the females look like the same, and I think the guys are just way too big.” – Mike Judge

“I don’t think a lot of these people would have been voted most popular in high school or captain of the football team. A lot of them are, socially, outsiders, and then they become a big deal. I can relate to that a little bit. I was an awkward person in high school.” – Mike Judge

Now that you know all about Mike Judge’s net worth and how he achieved success; let’s take a look at some of the lessons we can learn from him:

You know, at that age, you want to show everyone else how wild you are. It’s a combination of being bored, looking for a cheap thrill and being really stupid – a dangerous combination.

You ought to try being cruel to some people.

In order to have a plot, you have to have a conflict. Something bad has to happen.

How much is Mike Judge worth?

Mike Judge’s net worth is estimated to be $75 Million.

How old is Mike Judge?

How tall is Mike Judge?

Mike Judge is an American actor, animator, comedian, and musician.

Judge was born in Guayaquil, Ecuador. Judge is best known as the creator and star of the animated television series Beavis and Butt-head. Judge’s interest in animation grew after a few years, and he started creating short animated films to share with production companies.

What do you think about Mike Judge’s net worth? Leave a comment below.