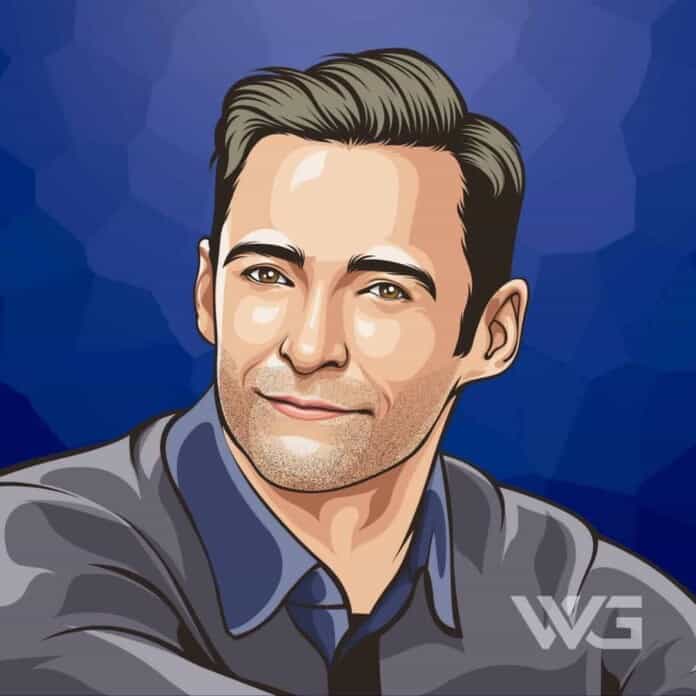 What is Hugh Jackman’s net worth?

Hugh Jackman is an Australian actor, singer, and producer from Sydney.

He is best known for playing Wolverine in the X-Men film series from 2000 to 2018, a role for which he holds the Guinness World Record for “longest career as a live-action Marvel superhero”.

Hugh Michael Jackman was born on the 12th of October, 1968, in Sydney, New South Wales. Jackman is the son to Grace McNeil and Christopher John Jackman, a Cambridge-trained accountant.

He has four older siblings, and a younger half-sister, from his mother’s re-marriage. His parents divorced when he was eight, and his mother moved back to England with his two sisters.

In 2004, he won many accolades for his Broadway portrayal of Australian songwriter-performer Peter Allen in the hit musical, The Boy from Oz, and co-starred with Daniel Craig in the play A Steady Rain. I

He starred in the 2006 film ‘The Prestige’, directed by Christopher Nolan and co-starring Christian Bale, Michael Caine, and Scarlett Johansson. He portrayed Robert Angier, a magician’ trying to outclass a contemporary Alfred Borden.

Jackman starred as Jean Valjean in the film version of the musical, Les Misérables, an adaptation of the French novel by Victor Hugo. The film was a huge success both commercially and critically.

The actor is set to reprise his role as Wolverine in the film, X-Men: Days of Future Past. Other future projects include the films, Selma, and, The Greatest Showman on Earth.

Here are some of the best highlights of Hugh Jackman’s career:

“Now I meet people with full-color Wolverine tattoos on their backs. Thank God I did okay because I think if I hadn’t, they’d spit on me in the street.” – Hugh Jackman

“With age, you see people fail more. You see yourself fail more. How do you keep that fearlessness of a kid? You keep going. Luckily, I’m not afraid to make a fool of myself.” – Hugh Jackman

“I was probably more scared of my high school exams than I was of the Oscars. At the time you think it’s everything and if you don’t do well, your life’s over. Opportunities are gone. So the more you do it, the less the fear is present.” – Hugh Jackman

“To this day, I am the least materialistic person I know, because my father didn’t raise me to just go out and buy this or that car. The only reason I wanted to make money as an actor was because I’m passionate about food!” – Hugh Jackman

“When I come home, my daughter will run to the door and give me a big hug, and everything that’s happened that day just melts away.” – Hugh Jackman

Now that you know all about Hugh Jackman’s net worth, and how he achieved success; let’s take a look at some of the lessons we can learn from him:

1. Fitness Begins at the Core

Hugh Jackman has some memories. Good and bad. Painful and funny. They’ve made him the man he is today, and there’s a reason he wouldn’t give any of them back.

For instance, that cricket catch. Sounds painful, but hardly life-altering, right? Well, in many ways, that one moment helped Hugh Jackman become an actor. And a world-class dancer. And a man who in his fourth decade is stronger and fitter than anyone you know who’s half his age.

Jackman has two adopted children – Oscar, age 16, and Ava, age 11. He was the youngest of five siblings growing up in Australia, and becoming a father has helped him better understand a life-shattering event that happened with his own parents more than 30 years ago.

3. All Parents are Amateurs

Like many first-time fathers, Jackman discovered that his parents were just people doing the best they could with what they had. No one goes to classes. You just have a kid. You can read all the books you like, but unfortunately, none of our kids have read the books so they don’t care.

How much is Hugh Jackman worth?

Hugh Jackman’s net worth is estimated to be $180 Million.

How old is Hugh Jackman?

How tall is Hugh Jackman?

Hugh Jackman is an award-winning actor and producer of remarkable versatility, involved in film, musical theatre, and television.

He has lent his voice to many animated characters and has hosted the Tony Awards three times, winning an Emmy Award for one of these appearances, and the 81st Academy Awards.

In addition to this Emmy, he has won two Tony’s and a Golden Globe.

What do you think about Hugh Jackman’s net worth? Leave a comment below.