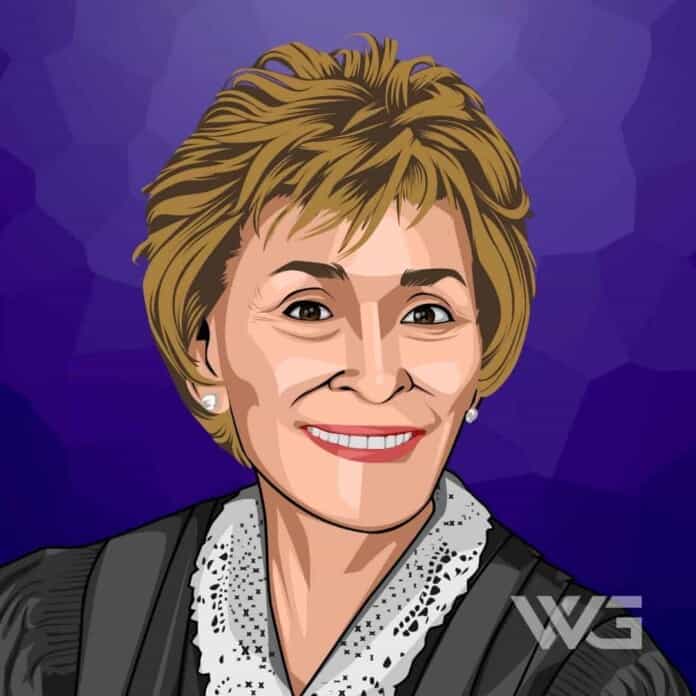 What is Judge Judy’s net worth?

As of January 2023, Judge Judy’s net worth is estimated to be $440 Million, making her one of the richest judges in the world.

Since 1996, Scheindlin has presided over her own successful 3-time Daytime Emmy Award-winning based court show series ‘Judge Judy’ on CBS.

Judith Susan Scheindlin “Judge Judy” was born in Brooklyn, New York on the 21st of October, 1942. Judy was born into a Jewish family of German, Russian and Ukrainian heritage. Both of her parents were German Jews.

Scheindlin attended James Madison High School in Brooklyn where she graduated with a Bachelor of Arts degree, majoring in government. She finished her education at New York Law School where she earned her Juris Doctor degree in 1965.

After a few years, New York Mayor Edward Koch designated her as a criminal court judge in the Bronx branch of the family court in 1982.

In 1986, Judge Judith possessed was able to attract the attention and respect of common people with her no-nonsense attitude. A few years later, a ‘Los Angeles Times’ article profiles Judge Judy, hailing her as a legal superheroine.

As a result of the attention, she received she was featured on the iconic TV news magazine show ’60 Minutes’.

The news program was a huge hit; which helped Judge Judy to become popular in the legal world. In 1996, she released her first book ‘Don’t Pee On My Leg and Tell Me It’s Raining’.

The following year she retired after 25 years of practicing in family court. Judge Judy was later invited to host her own reality show ‘Judge Judy’ which became her biggest breakthrough in her career.

In 1999, Judge Judy published her second autobiography, ‘Beauty Fades, Dumb Is Forever’ which became a ‘New York Times’ bestseller. The next year she released another book named ‘Keep It Simple, Stupid: You’re Smarter Than You Look’ which also was a best seller.

Here are some of the best highlights from Judge Judy’s career:

“I always say that when I see that needle starts to go in the other direction when people have had enough of me. I’m going to be smart enough to say goodbye. It’s such a joyous ride to be on top, and it takes away from that ride if you sort of ride it down.” – Judge Judy

“Women watch and say, ‘I like watching you control your own space. It’s motivated me to do better, to go back to college, to even try law school. My daughter’s been watching you since she’s 10 – I love the fact that she’s watching a strong woman who’s in control.’ All of those things are good, positive things.” – Judge Judy

“While I sat in family court, I probably heard 20 or 25,000 cases. And I am sure, during the course of those cases, there were cases that I probably would’ve decided differently had I had either more time or been able to explore more. But all you can do as a judge is really give a case your best effort.” – Judge Judy

“I really believe if you give people a product that couples entertainment with a little bit of education, a soft glove and sense of humor – especially about a subject people have begun to feel very frustrated about, which is the legal system – then you have a formula for success.” – Judge Judy

How much is Judge Judy worth?

Judge Judy’s net worth is estimated to be $440 Million.

How old is Judge Judy?

How tall is Judge Judy?

Judge Judy is one of the most trending and popular judges of all time. Her own TV-show has aired worldwide and made her an incredible icon of justice.

As of January 2023, Judge Judy’s net worth is estimated to be roughly $440 Million, making her one of the richest judges of all time.

What do you think about Judge Judy’s net worth? Leave a comment below.