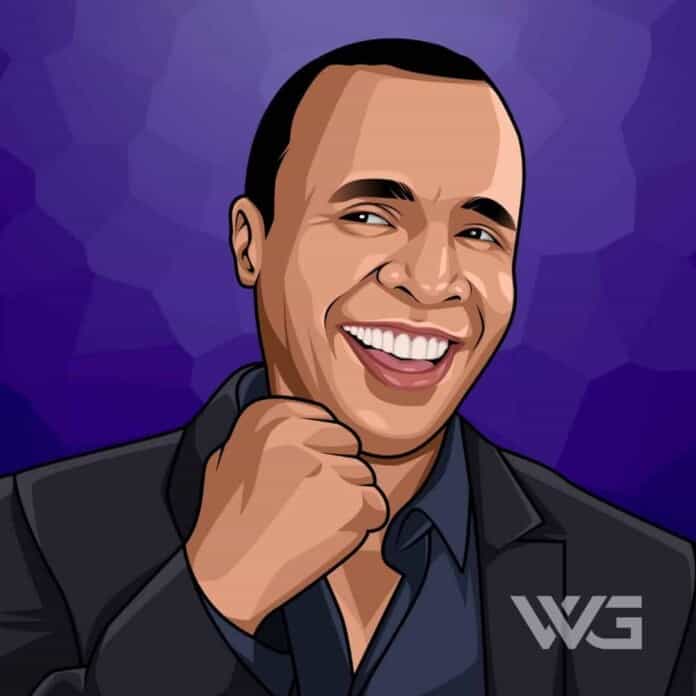 What is Sugar Ray Leonard’s net worth?

Sugar Ray Leonard is an American former professional boxer, motivational speaker, and occasional actor from North Carolina. Leonard is regarded as one of the greatest boxers of all time.

He was part of “The Fabulous Four”, a group of boxers who all fought each other throughout the 1980s.

Ray Charles Leonard was born on the 17th of May, 1956, in Wilmington, North Carolina. He was named after Ray Charles, his mother’s favorite singer.

He attended Parkdale High School, Leonard was a shy child, and aside from the time he nearly drowned in a creek during a flood in Seat Pleasant, Maryland, his childhood was uneventful.

Leonard began boxing in 1969 at the Pational Park recreation center with his elder brother Roger, who helped him train. Soon, he was trained by Dave Jacobs, a former boxer, and Janks Morton, both of whom volunteered as his boxing coaches.

In 1972, he competed in the featherweight quarterfinals of the National AAU Tournament, against boxer Jerome Artism and faced the first defeat of his career.

The following year, he competed in the Eastern Olympic Trials where the minimum age eligibility was seventeen but Leonard, who was then sixteen, lied about his age.

This great boxer represented the U.S. Olympic Team in 1976 as a light welterweight contestant and went on to win the Olympic Gold Medal.

Leonard withdrew from the WBC Super Middleweight Championship, stating he was not interested in a third comeback in 1990.

Here are some of the best highlights of Sugar Ray Leonard’s career:

“It’s different when you become a professional, because you also have to become a businessman, and that takes something away from it” – Sugar Ray Leonard

“When I turned pro, Muhammad Ali was laying back, and I was able to fill up an area that was empty.” – Sugar Ray Leonard

“Boxing was not something I truly enjoyed. Like a lot of things in life, when you put the gloves on, it’s better to give than to receive.” – Sugar Ray Leonard

“It is wonderful. It’s you against me, it’s challenging another guy’s manhood. With gloves. Words cannot describe that feeling of being a man, of being a gladiator, of being a warrior. It’s irreplaceable.” – Sugar Ray Leonard

“I fought tall fighters, short fighters, strong fighters, slow fighters, sluggers and boxers. It was either learn or get knocked off.” – Sugar Ray Leonard

“Looking back, yes, I made too many comebacks. But each comeback I was 100 percent sure that I would win. I never came back for the money, because I didn’t need it. The adulation I was getting anyway in other spheres. But I’m a guy who likes to see how close he can get to the edge of the mountain – that’s what makes me tick.” – Sugar Ray Leonard

Now that you know all about Sugar Ray Leonard’s net worth, and how he achieved success; let’s take a look at some of the best lessons we can learn from him:

If you can do what you love for a living, life will be a lot less stressful and a hell of a lot more fun.

A smile is one of the few contagious things that you should spread. So spread it to everyone! You can make a better day for someone if you smile.

Never be too proud to ask for help (especially for directions, ahem).

How much is Sugar Ray Leonard worth?

Sugar Ray Leonard’s net worth is estimated to be $120 Million.

How old is Sugar Ray Leonard?

How tall is Sugar Ray Leonard?

As of November 2022, Sugar Ray Leonard’s net worth is approximately $120 Million.

What do you think about Sugar Ray Leonard’s net worth? Leave a comment below.