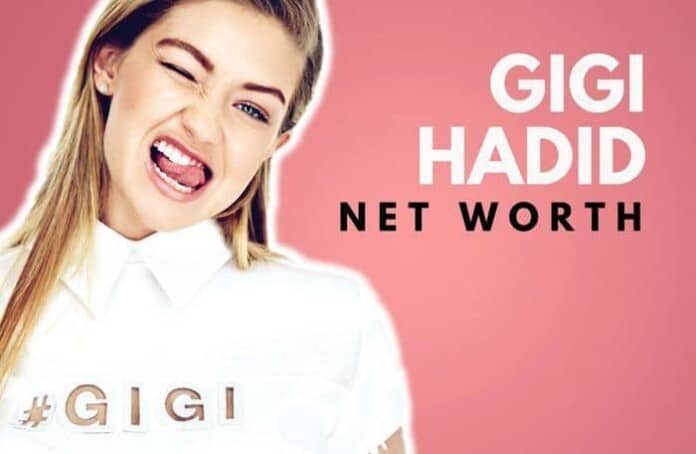 What is Gigi Hadid’s net worth?

As of October 2022, Gigi Hadid’s net worth is being estimated at $29 Million.

Gigi Hadid is an American fashion model and media personality from Los Angeles. Hadid signed with IMG Models in her early career. She is today one of the most popular models in the world. Gigi gained recognition when she started modeling during her school years.

Hadid is 23 years old, and she has already amassed a high net worth. The model is already worth millions after her works in Vogue, Victoria Secret’s Fashion Show, and IMG Models.

She is one of the highest-paid models in the fashion industry.

Jelena Noura “Gigi” Hadid was born on the 23rd of April, 1995, in Los Angeles, California. She is the oldest daughter of Yolanda Hadid and Mohamed Hadid.

Gigi’s younger siblings are also known for their model work. Hadid’s father is Palestinian-American and her mother is Dutch-born American.

Hadid attended Malibu High School, where she was a captain of the volleyball team. After her graduation, she moved to New York to focus on her modeling career. However, in 2013 she stopped her studies to focus solely on her career.

It’s pretty safe to say that being the oldest child of a very socialite family; Hadid was always going to succeed. She made her debut runway walking in Desigual’s runway show in 2014.

Following that year she appeared in Tom Ford’s eyewear campaign. In January 2015 Maybelline named her as their brand ambassador which was a huge success for Hadid. She made her first appearance on the runway for Victoria’s Secret’s Fashion Show in 2015.

Hadid told Vogue that she felt too nervous and hadn’t earned enough self-confidence to succeed. She officially earned her Victoria’s Secret’s wings when she did her second appearance on the show the following year.

Tommy Hilfiger’s announced her as the global brand ambassador for their brand and went on to collaborate with designers all over the world. She debuted at New York Fashion Week the following year.

She made her debut in the Top 50 Models ranking at Models.com. The following year she was named International Model of the Year by the British Fashion Council.

She is currently signed to IMG Models and is known for being one of the best models in the fashion industry. Hadid has collaborated with designers including Chanel, Balmain, Marc Jacobs, Fendi, and Versace.

Here are some of the best highlights of Gigi Hadid’s career:

“My sister is my little star, and I’m excited for her and proud of her. With her, I’m protective, but also I don’t want to be that sister who’s really pushy and thinks they know everything and making her feel like she doesn’t know what she’s doing. I’m trying to be that cool older sister and not the mom, but it’s hard.” – Gigi Hadid

“Everyone has a different body shape, so you kind of have to figure out not only what works best for your body type, but what also makes you feel confident. Even if everyone thinks you look good in a bikini, and you don’t feel good in it, you’re not going to be at your best. If you feel great in a bikini, you can always work it.” – Gigi Hadid

“My mom always taught me to put toothpaste on pimples to dry them out at night. I do that all the time. I don’t use anything fancy when I get a pimple. And I never use the same toothpaste for long because I get bored. So I’ll do peppermint and then one month I’ll do cinnamon. I’m creative.” – Gigi Hadid

“I’ve learned that if I only put my mind to one thing that I can get tunnel vision. Then I may not be as open to other opportunities because I’m so focused on one thing. I think what’s worked better for me personally is I have three goals every day: be nice, work hard, and make friends.” – Gigi Hadid

How much is Gigi Hadid worth?

Gigi Hadid’s net worth is estimated to be $29 Million.

How old is Gigi Hadid?

How tall is Gigi Hadid?

There is no doubt that Gigi Hadid’s net worth will continue to increase in her next five years.

She is just at the beginning of her career and she is already known as one of the best models of all time and she has collaborated with worldwide brands.

What do you think about Gigi Hadid’s net worth? Leave a comment below.