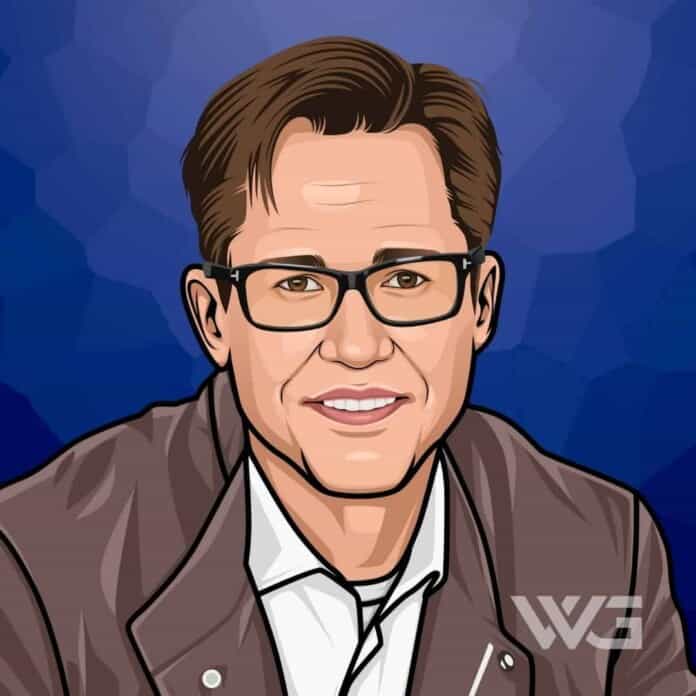 What is Rich Barton’s net worth?

Rich Barton is an American entrepreneur and the chief executive officer of Zillow Group.

Barton was a venture partner at Benchmark and is on the board of directors for Netflix, Avvo, Nextdoor and Artsy.

Richard Barton was born on the 2nd of June, 1967, and raised in New Canaan, Connecticut.

Barton is the son of a teacher and mechanical engineer.

In 1994, Barton founded Expedia, and the same year Microsoft was planning to build a travel guidebook on a CD-ROM. Barton was familiar with text-based internet services of the time, and he felt this would be a larger opportunity for the company.

He pitched the idea of an online travel booking service to Bill Gates, Steve Ballmer, and Nathan Myhrvold. They permitted Barton to move forward with the project which officially shipped to the web as Expedia in 1996.

Barton served as CEO through Expedia’s IPO in 1999. He stayed in the position until 2003. After a long year of absence from the business community, he returned to Seattle and started working on the launch of Zillow alongside Lloyd Frink.

They did not reveal much about the company prior to its launch. In 2020, Barton became a billionaire after reporting strong earnings at Zillow.

How Does Rich Barton Spend His Money?

Rich Barton’s Home and Other Spendings

Barton owns a home in Seattle, Wahington. Barton Has A $700 million stake in Zillow and plans to turn it into a home-flipping machine.

Here are some of the best highlights of Rich Barton’s career:

“Until now, finding out a current market value of any home, whether it’s yours or one you want to bid on, has been quite difficult. We believe you shouldn’t need a computer science degree or a real estate license to find out what a home is worth.” -Rich Barton

“Yes. The overwhelming trend is that shopping, across the board for every kind of home you can possibly imagine, is up. And that is even with the need for increased safety measures.” – Rich Barton

“I think of this concept as “faster to the future.” I believe that this awful occurrence, this crisis of a pandemic, has also created a massive opportunity for all of us to get faster to the future, be it in the real estate industry, or in many different Industries as well.” – Rich Barton

“I think entrepreneurs, by design or by personality, are people who must be optimistic about the future. I think in times of crisis like now, it’s that optimism that pulls not only people through but pulls teams of people through. It’s very difficult to be a successful leader and be pessimistic.” – Rich Barton

“It’s very difficult to be effective and optimistic in your job when you’re scared for yourself, for your family, for your community. So for me, being part of a successful business enterprise that Zillow is, is about making sure that I am taking care of what I need to take care of in my personal life, and with my family, and with my health.” – Rich Barton

Now that you know all about Rich Barton’s net worth and how he achieved success; let’s take a look at some of the lessons we can learn from him:

Until now, finding out the current market value of any home, whether it’s yours or one you want to bid on, has been quite difficult. Barton believes you shouldn’t need a computer science degree or a real estate license to determine what a home is worth.

In each business, you don’t have to scratch far into the pool to find consumer frustration.

3. Fight For Your Goals

An idea can come over a night, but to pursue the idea and dream takes time and hard work.

How much is Rich Barton worth?

Rich Barton’s net worth is estimated to be $2.1 Billion.

How old is Rich Barton?

How tall is Rich Barton?

Rich Barton is an American entrepreneur and businessman who is best known for being the Zillow Group CEO.

He is also the founder of Expedia and Glassdoor. Barton was born in Connecticut, and he graduated from Standford University.  Barton has also founded the online travel photography sharing site, Trover.

He was a venture partner at Benchmark, and he serves on the board of directors for Netflix and Artsy. In 2012, he was named to Barack Obama‘s Presidential Ambassadors for Continental Entrepreneurship.

What do you think about Rich Barton’s net worth? Leave a comment below.