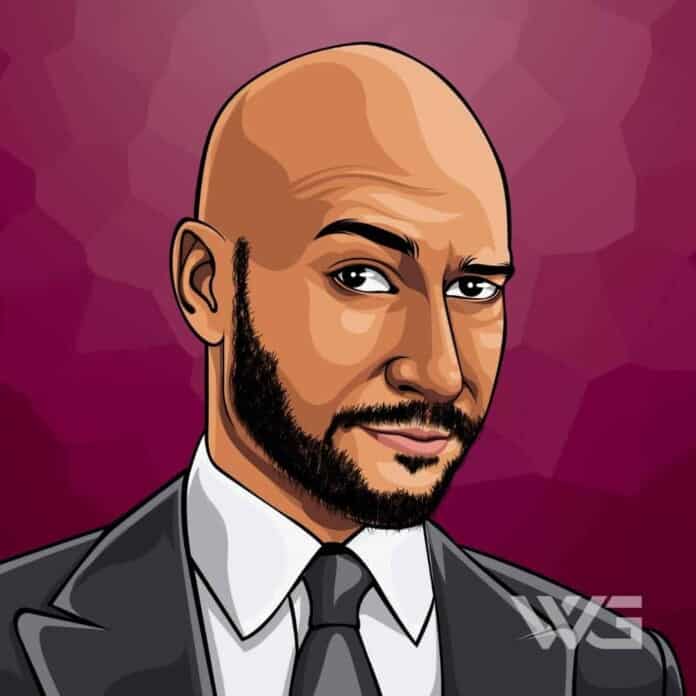 What is Keegan Michael Key’s net worth?

As of December 2022, Keegan-Michael Key’s net worth is estimated to be $12 Million.

Keegan-Michael Key is an American comedian, actor, writer, and producer from Michigan. Key has starred in the Comedy Central series ‘Key & Peele’. He has also co-starred in the Network comedy series ‘Playing House’.

Key spent six seasons as a cast member on Mad TV (2004–2009) and has made several guest appearances on the U.S. version of ‘Whose Line is it Anyway?’

Keegan-Michael Key was born on the 22nd of March, 1971, in Southfield, Michigan. Key is the son of Leroy and Carrie Herr. He was adopted at a young age by a couple from Detroit, Michael Key and Patricia Walsh, both social workers.

Like his birth parents, Michael is black and Patricia is white. Through his biological father, Key had two half-brothers, one of whom was the Eisner Award-nominated comic book writer Dwayne McDuffie.

Key joined the cast of Mad TV midway into the ninth season. He and Jordan Peele were cast against each other so that FOX could pick one black cast member, but both ended up being picked after demonstrating great comedic chemistry.

On the penultimate episode of Mad TV, Hines revealed that he is the long-lost heir to the Heinz Ketchup company and only became a Catholic school coach to help delinquent teenagers like Yamanashi (Bobby Lee). During seasons 9 and 10, Key appeared as “Dr. Funkenstein” in blaxploitation parodies, with Peele playing the monster.

Key and his former Mad TV cast-mate Jordan Peele starred in their own Comedy Central sketch series ‘Key & Peele’, which began airing on January 31, 2012, and ran for five seasons until September 9, 2015.

Here are some of the best highlights of Keegan-Michael Key’s career:

“”Ricky Gervais changed our lives. And Mitch Hedberg, who was like, “Oh, that’s funny to me on a level I don’t think I understand. But I’m clearly pleased by it beyond something that my brain’s figured out.”  – Keegan-Michael Key

“My adoptive mother tirelessly worked most of her life to build up my self-esteem. So what happened was finding her started to shed light and destroy my mythos. So for the first year of knowing her, my mom kind of actually literally visited me in Detroit and kind of gave me a tour of my life – where I was conceived, where I was born, where she found out she was pregnant. It was amazing, Terry, and very emotional.” – Keegan-Michael Key

“When you’re a child, the most important thing is to be able to live a life of comfort. You want to be sure that the moon goes up at night and the sun comes up in the morning and dad comes home from work.” – Keegan-Michael Key

“Being a melting pot is what I think is great about being American, and also that we get to do something that other people don’t get to do, we get to be a hyphenate. That’s a good thing.” – Keegan-Michael Key

“To make an absolutely gross generalization, I think a lot of people feel like if you’re mixed, more often than not you’re quote-unquote white. So if you’re mixed, you embrace the mainstream culture more than the African-American culture.” – Keegan-Michael Key

Now that you know all about Keegan-Michael Key’s net worth, and how he achieved success; let’s take a look at some of the best lessons we can learn from him:

If you’re wrong about something, learn to admit it quickly and emphatically.

The greatest way to get the greatest ideas is read, read, read. There’s this great quote that goes like this: “Books are the hardbound drug of my choice. The more you read, the more ideas you get. Read something every day to expand your mind. Even if it’s just for 20 minutes.

3. Profits Are Better Than Wages

In a nutshell: Wages are earned by the hour. Profits are earned while you sleep. Make something once, profit from it for the rest of your life.

How much is Keegan-Michael Key worth?

Keegan-Michael Key’s net worth is estimated to be $12 Million.

How old is Keegan-Michael Key?

How tall is Keegan-Michael Key?

Key is best known for starring in the Comedy Central series ‘Key & Peele’. He has also co-starred in the Network comedy series ‘Playing House’. Key spent six seasons as a cast member on Mad TV.

As of December 2022, Keegan-Michael Key’s net worth is roughly $12 Million.

What do you think about Keegan-Michael Key’s net worth? Leave a comment below.