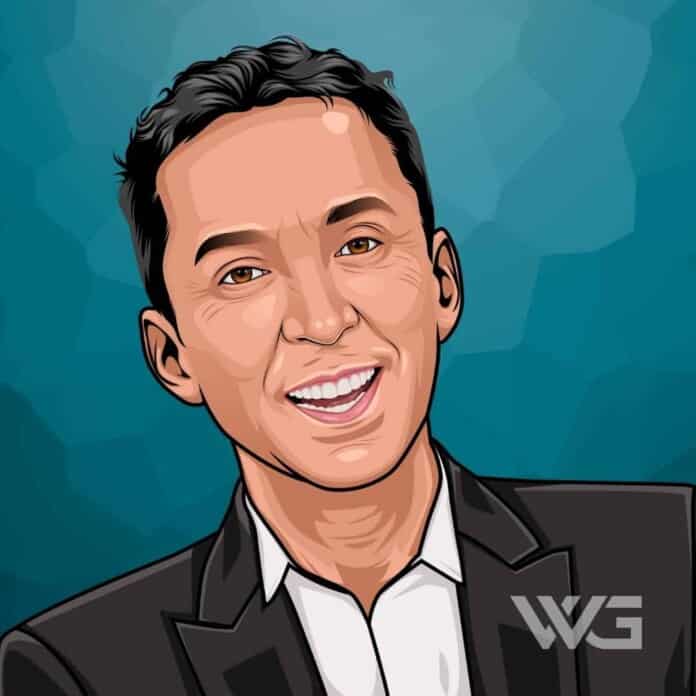 What is Bruno Tonioli’s net worth?

Bruno Tonioli is a choreographer.

Tonioli is also a professional dancer and TV personality. He has appeared as a judge on the television dance competition ‘Stricly Cone Dancing’ and its American adaption ‘Dancing with the Stars’ on ABC TV.

He co-created and appeared on the BBC talent show ‘DanceX.’

Tonioli has lived in London since 1975. He is openly gay and has spoken of the homophobic bullying he suffered in his youth. He is a true inspiration for other LGBTQ youngsters out there.

In 1980, Tonioli was a part of the group Duke and the Aces. They performed but did not win the United Kingdom’s competition to select an entry for the Eurovision Song Contest.

He has worked in the music business as a choreographer for music videos, stage shows, and tours for artists such as Tina Turner, Sting, Elton John, The Rolling Stones, Freddie Mercury, and Sinitta.

In 2016, a surprise challenge saw him work with Jodie Sweetin and Nyle DiMarco. During the sequence, they swapped partners seeing DiMarco and Keo Motsepe dance the tango with both men shirtless. This was the first time a same-sex pairing danced in any franchise of the show.

The same year, he lent his name to an album released by Decca titled ‘An Italian Romance.’ It was a compilation of Italian songs by various artists selected by Tonioli. The cover of the album was shot by John Mac.

In 2018, Tonioli presented the BBC Radio 2 series ‘Bruno Tonioli at the Opera’. On the 24th of June, 2021, it was announced that Anton Du Beke would replace him as a permanent judge on ‘Strictly Come Dancing’ for series 19.

How Does Bruno Tonioli Spend His Money?

Tonioli is a proud owner of a beautiful home in Los Angeles.

Here are some of the best highlights of Bruno Tonioli’s career:

“I think school is so important. I was a good student. A rebel, but I did well in my studies. I don’t close myself to anything. I liked reading and I still love learning and I loved history and German.” – Bruno Tonioli

“Once I moved to London, I thought it was unbeatable. I work a lot in L.A. and love it, but would never give up London. It’s a true world city, with an energy that’s unique.” – Bruno Tonioli

“I was born in 1955 and grew up in Ferrara. It’s beautiful place with a wonderful centre, a medieval castle and very lovely but I had to leave because I had a call to do something else. I left in 1974 because I got a job with a French dance company and I went to Paris and then to London.” – Bruno Tonioli

“I was in Milan, and I got discovered – it’s a very funny story. I was in Milan because I’d met some people on holiday, who were dancers in a French company. It was September 1974 and one of the guys playing a major role for La Grande Eugène company walked off.” – Bruno Tonioli

“I’ve been asked to do it but you can’t do everything. It’s very difficult to fit it in, I do two American series a year and the British one – it’s a lot of shows in a year – and I’m on tour. If you do something you have to do it properly – I wouldn’t just do it to turn up.” – Bruno Tonioli

Now that you know all about Bruno Tonioli’s net worth and how he achieved success; let’s take a look at some of the best lessons we can learn from him:

When people feel threatened by you, they find something that is belittling.

Tonioli is with people all the time so he often goes away on his own.

Having a good diet is very important. It will affect your whole life depending on what you choose to consume.

How much is Bruno Tonioli worth?

Bruno Tonioli’s net worth is estimated to be $9 Million.

How old is Bruno Tonioli?

How tall is Bruno Tonioli?

Bruno Toniolo is an Italian dancer and television personality. Toniolo is a former professional dancer and noted choreographer. He has made shows for stars such as Tina Turner, Duran Duran, and The Rolling Stones.

He is the judge on ‘Dancing with the Stars’ and the dance show ‘Strictly Come Dancing.’ Tonioli was a member of the Paris company la grande Eugene in the 1970s.

What do you think about Bruno Tonioli’s net worth? Leave a comment below.