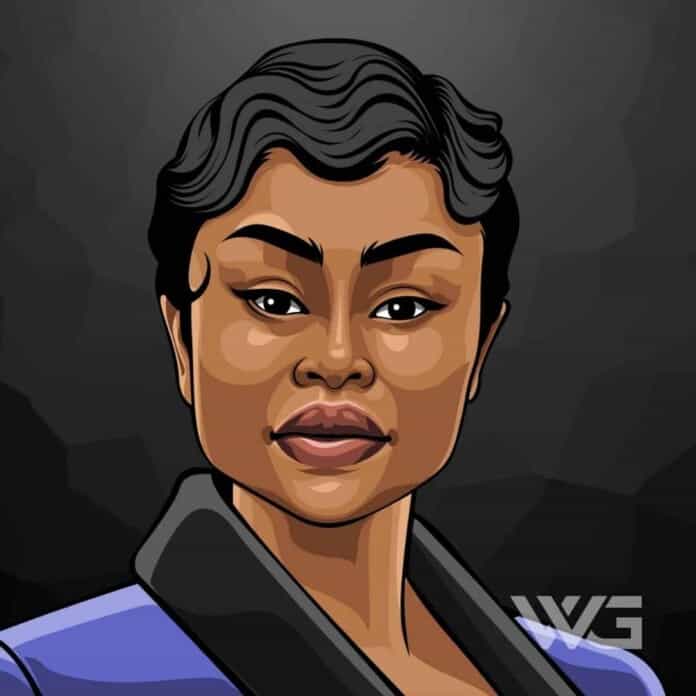 What is Blac Chyna’s net worth?

Blac Chyna is an American model and entrepreneur from Washington D.C. In 2014, she launched her own make-up brand Lashed by Blac Chyna, and a beauty salon in Encino, Los Angeles.

She was in a relationship with Tyga from 2011 to 2014, during which time they were also engaged, and has a son named King Cairo Stevenson.

Before becoming a model, Blac Chyna worked as a stripper. It was in 2010 when she first signed a deal with Dime-piece magazine and posed on its cover page.

It was due to the lyrics of rapper Drake that she became famous overnight. In his song ‘Miss Me’ he made a reference of Blac Chyna. The same year, she began growing her followers on social media into millions and ended up playing the stunt double of Nicki Minaj in the music video ‘Monster’ alongside Jay-Z and Rick Ross.

With her rising success, she was named the ‘Model of the Year’ at the ‘Urban Model Awards’ in 2011 and was cast as the lead model/artist for the single ‘Rack City’ by Tyga, eventually leading to a romantic involvement with him.

In 2012, she again posed for ‘Black Men’s magazine’ and was titled ‘Eye Candy of the Month’ by ‘XXL Magazine’. Blac Chyna has also posed for ‘Urban Ink’ and ‘Smooth Girl’ magazines.

She starred in the film DGK and was named in the album ‘2 Chainz’ by Nicki Minaj. Yet after all her accomplishments Blac desired to achieve more success and in 2013 she launched her own brand called ‘88fin’ and also graduated from ‘JLS Professional Makeup Artist School’.

Here are some of the best highlights of Blac Chyna’s career:

“I would like somebody confident who takes care of his business, is strong, healthy. Somebody that loves their family and treats their friends right – and treats me right.” – Blac Chyna

“You can’t change anything unless you want to change it, and then if you don’t like whatever situation it is, just grow from it, learn from it, don’t let it happen again.” – Blac Chyna

“Anyone I’m with has to love my son just as much as they love me, if not more because I don’t play any games with King.” – Blac Chyna

“I want to show people that I am that good friend and the person that a lot of people actually come to confide in or even, just, to be around that good energy, because that’s what I’m all about.” – Blac Chyna

“Tyga takes King to school, I take him to school – we pretty much split our time with him down the middle. So, co-parenting isn’t bad at all with Tyga.” – Blac Chyna

“Most of the time when you’re around the opposite sex, you kinda have to put on a show and not completely be yourself.” – Blac Chyna

View our larger collection of the best Blac Chyna quotes!

Now that you know all about Blac Chyna’s net worth, and how she achieved success; let’s take a look at some of the best lessons we can learn from her:

1. Your Intuition Keeps You Safe

It is also known as your perception, your hunch, your gut, or discernment. There is actually a science about the power of our subconscious in steering us away from harm. Learn to listen to its message.

2. There Is Power In Silence

In conversations, you gain so much by listening more and allowing others to speak their turn.

3. Life Is Happening As You Read This

If you’re putting life “on hold” until you get that promotion or after retirement, then you’re missing the whole point of it. Your life is what you’re making of it right now. Make it count.

How much is Blac Chyna worth?

Blac Chyna’s net worth is estimated to be $5 Million.

How old is Blac Chyna?

How tall is Blac Chyna?

Blac Chyna is a famous American model and music video artist. Her popularity erupted when the hip hop/rap singer Drake dropped her name in the song ‘Miss Me’ in 2010.

She is today a mother of two and a successful businesswoman and is presently residing in Los Angeles.

What do you think about Blac Chyna’s net worth? Leave a comment below.