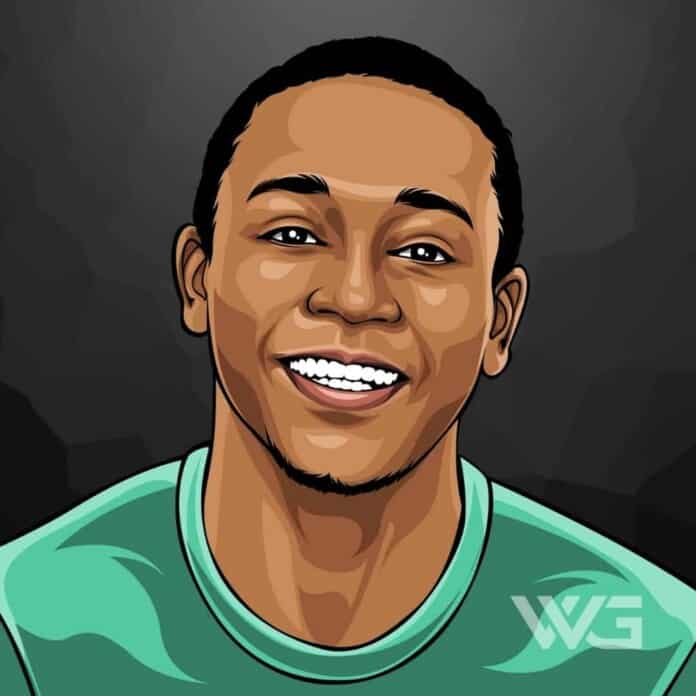 What is Lil Romeo’s net worth?

Lil Romeo is an American rapper, actor, entrepreneur, and model from New Orleans. Miller gained fame as a rapper in the early 2000s after signing with No Limit Records, then owned by his father, Master P.

Percy Romeo Miller was born on the 19th of August, 1989, in New Orleans. Miller’s father is also the CEO of hip hop label, ‘No Limit Records’.

Lil Romeo started his rap career at the tender age of four when he began to sing in the records of his father Master P. In 2001, he released his first debut album ‘Lil’ Romeo’. In 2002, he released his second album ‘Game Time’.

Simultaneously, he ventured into acting in films like ‘Max Keeble’s Big Move’ and in the 2003 movie, ‘Honey’, where he starred opposite Jessica Alba. He also made his appearance in television shows.

He collaborated with his brother Valentino Miller and his cousins, Lil’ D, Willie J, and C-Los, and formed the group ‘Rich Boyz’. The group released its debut album ‘Young Ballers: The Hood Been Good to Us’, in 2005.

He founded a new group by name, ‘RESQ3’ and they intend to release an album in the near future in 2012. As a prelude, the group has released the single ‘The Only One’.

Here are some of the best highlights of Lil Romeo’s career:

“People don’t understand being a child star is very hard because first off, to be a child star, you have to be very unique. These kids are talented to be able to do it at such a young age. At the same time, you go through the pressures of bullying and a lot of people not understanding.” – Romeo Miller

“With technology, you can now be your own record company, director, producer, etc. If you have talent, you can display it on the Internet and the world will tell you their thoughts in a matter of seconds!” – Romeo Miller

“I feel nobody has limits. It’s all in your head. If you have a big dream, go after it and go get it.” – Romeo Miller

“My dad and my uncles used to always be in the studio at my house. Romeo Miller Dad House Always Used We would make songs, and the producers said we should play it for my dad. I was kind of scared, I didn’t know what to think cuz we were just joking around.” – Romeo Miller

View our larger collection of the best Lil Romeo quotes!

Now that you know all about Lil Romeo’s net worth, and how he achieved success; let’s take a look at some of the strongest lessons we can learn from him:

1. Everyone Goes Through Pain

When someone comes to you because of their pain, listen to them and lend them a hand if you can.

Overcoming your pain only makes you stronger and wiser, and looking back, you will be grateful for what you have learned coming out of it.

2. Anything Can Be Accomplished These Days

Never stop chasing your dreams. It is possible… more possible than you could ever imagine. It all depends on yourself and how much you want it.

Find a quiet place with beautiful scenery where you can just sit, drink your coffee or tea, relax, and think.

How much is Lil Romeo worth?

Lil Romeo’s net worth is estimated to be $5 Million.

How old is Lil Romeo?

How tall is Lil Romeo?

Romeo Miller is one of the youngest celebrities, who gained popularity as a rapper even during his childhood.

He hails from a family of rappers, his father Master P, and his uncles Silkk the Shocker and C-Murder, all are popular rappers. He is also interested in fashion designing that made him launch a clothing line named, “College Boyys.”

As of December 2022, Lil Romeo’s net worth is approximately $5 Million.

What do you think about Lil Romeo’s net worth? Leave a comment below.