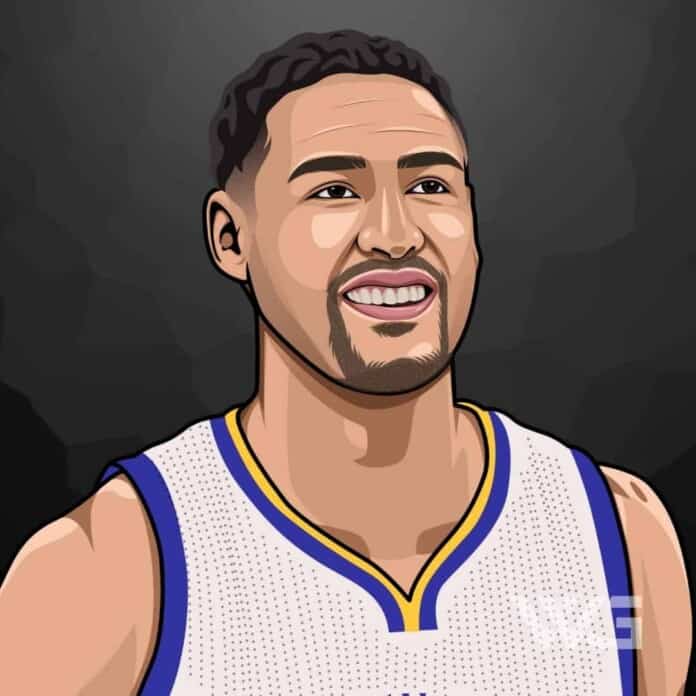 What is Klay Thompson’s net worth?

Klay Thompson is an American professional basketball player for the Golden State Warriors of the NBA.

Thompson is credited as one of the greatest shooters in NBA history. A three-time NBA champion with the Warriors, he is a five-time NBA All-Star and a two-time All-NBA Third Team honoree.

As of December 2022, Klay Thompson’s net worth is estimated to be $70 Million.

Klay Alexander Thompson was born on the 8th of February, 1990, in Los Angeles, California.

Both his parents were sportspersons – his mother a volleyball player, and his father a basketball player. His father was the first overall pick of the 1978 ‘NBA’ draft.

When Thompson was two-years-old, the family shifted to Lake Oswego, Oregon. It was at Oregon that Thompson befriended Kevin Love, the future ‘NBA’ star. 12 years later, his family moved to Ladera Ranch, California.

Thompson declared for the 2011 NBA draft after his junior season, being selected 11th overall by the Golden State Warriors.

He started the year 2013 on a happy note. He scored a season-high 32 points against ‘Cleveland Cavaliers.’ Together with Stephen Curry, he formed the best shooting duo in ‘NBA’ history; the duo scored 483 three-pointers, the most ever by an ‘NBA’ duo.

In 2015, Thompson and Curry struck their career-best, scoring 525 three-pointers, and surpassing their previous record by 41 points.

The following year, he scored his season-best 45 points against ‘Dallas Maverick.’ Simultaneously, he was named ‘Western Conference All-Star’ reserve for the 2016 ‘NBA All-Star Game,’ earning his second straight ‘All-Star’ nod.

In March, Thompson scored two consecutive 40-pointers against ‘Dallas Mavericks’ and ‘Philadelphia 76ers’ for the first time in his career. Later on, he became the first player in ‘NBA’ history to score at least seven three-pointers in consecutive playoff games.

Here are some of the best highlights of Klay Thompson’s career:

“We came in with that mindset to put our foot on the throttle and not let go, we let go in Game 2 and we won’t do that the rest of the playoffs. I really believe that.” – Klay Thompson

“About seven seconds on the clock he just kept going backward, I don’t know why, but he just threw it up and I didn’t think it had any chance of going in, that was kind of like a dagger shot. It just gave us all the momentum back.” – Klay Thompson

“Obviously people have feelings and people’s feelings get hurt even if they’re called a bad word, I guess his feelings just got hurt. The Warriors ”ve all been called plenty of bad words on the basketball court before. Some guys just react to it differently.” – Klay Thompson

Now that you know all about Klay Thompson’s net worth, and how he achieved success; let’s take a look at some of the lessons we can learn from him:

It’s not about perfect. It’s about effort.

Believe you can and you’re halfway there.

Challenges are what make life interesting. Overcoming them is what makes them meaningful.

How much is Klay Thompson worth?

Klay Thompson’s net worth is estimated to be $70 Million.

How old is Klay Thompson?

How tall is Klay Thompson?

Klay Thompson is an American professional basketball player, who plays for the ‘Golden State Warriors’ of the ‘NBA’ league.

He was selected by the ‘Golden State Warriors’ in the first round of the 2011 ‘NBA’ draft as the 11th overall pick. Over the course of his career, Thompson has broken numerous records.

What do you think about Klay Thompson’s net worth? Leave a comment below.