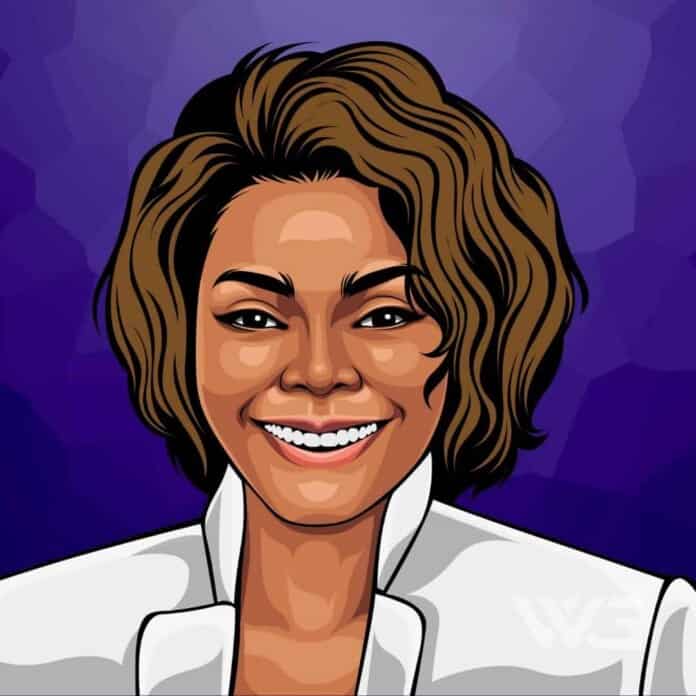 What is Janet Jackson’s net worth?

As of November 2022, Janet Jackson’s net worth is approximately $180 Million.

Janet Damita Jo Jackson is an American singer, songwriter, actress, and dancer from Indiana. Jackson is a prominent figure in popular culture. She is the youngest child of the Jackson family.

After signing a recording contract with A&M Records in 1982, she became a pop icon following the release of her third and fourth studio albums Control (1986) and Rhythm Nation 1814 (1989).

Janet Damita Jo Jackson was born on the 16th of May, 1966, in Gary, Indiana. Jackson is the youngest of ten children, and she is the daughter of Katherine Esther and Joseph Walter Jackson. She began performing as the Jackson 5 when she was very young.

At age seven, Jackson performed at the MGM Casino on the Las Vegas Strip. A biography revealed her father, Joseph Jackson, was emotionally withdrawn and told her to address him solely by his first name as a child.

Janet Jackson grew up with a family that was into the entertainment business. She recorded herself in the studio when she was 7 years old. In 1976, Jackson began acting in the variety show ‘The Jacksons’. The following year, she bagged the main role as Penny Gordon Woods in the sitcom ‘Good Times’.

When she was 16 years old, she bagged a contract with A&M Records. Jackson dropped her debut album ‘Janet Jackson’ in 1982. The album peaked at number 63 on the Billboard 200, and number six on the publication’s R&B albums chart.

In 2015, Jackson initiated her record label, Rhythm Nation, thus becoming one of the first African-American female musicians to own a record label. Under it, she released a lead single ‘No Sleep’ which bagged the number one spot at Billboard and Twitter.

Jackson released her eleventh studio album ‘Unbreakable’ in October 2015. The album opened to positive reviews from the music critics and media channels. It debuted at number one on the Billboard 200, becoming her seventh album to top the chart in the United States.

Other than being a musician, Jackson has also served as an entrepreneur and endorser. She became the first celebrity in the brand’s history to endorse the fashion line Blackglama for two years.

She even launched her own jewelry line. Also, she authored a self-help book ‘True You’ which chronicled her life and struggles. The book topped The New York Times’ Best Seller list.

Here are some of the best highlights of Janet Jackson’s career:

“My mother is very strong. Aside from wanting her beauty and her heart, I really wanted her strength. And I’ve always thought I don’t have it.” – Janet Jackson

“People do see me as sweet and innocent. Not to say that I am not those things. But I have other sides to me.” – Janet Jackson

“Dreams can become a reality when we possess a vision that is characterized by the willingness to work hard, a desire for excellence, and a belief in our right and our responsibility to be equal members of society.” – Janet Jackson

“During my life, I’ve been on both sides of the rope. At times, especially during my childhood, I felt left out and alone. At times, I felt misunderstood…But no human heard those feelings expressed. They stayed buried in the past. But now the truth has to come out, and for me, the truth takes the form of a song.” –  Janet Jackson

“We’re all driven to premieres or nightclubs and seen the rope separating those who can enter and those who can’t. Well, there’s also a velvet rope we have inside of us, keeping others from knowing our feelings. In this album, I’m trying to expose and explore those feelings. I’m inviting you inside my barrier.” – Janet Jackson

Now that you know all about Janet Jackson’s net worth, and how she achieved success; let’s take a look at some of the best lessons we can learn from her:

In complete darkness, we are all the same. It is only our knowledge and wisdom that separates us. Don’t let your eyes deceive you.

People will always talk but what truly counts is the love and respect that lies in you and your partner.

Dreaming of love means nothing when you have the real thing in front of you. Own the moment.

How much is Janet Jackson worth?

Janet Jackson’s net worth is estimated to be $180 Million.

How old is Janet Jackson?

How tall is Janet Jackson?

Janet Jackson is the Princess of Pop. She is an international icon who in her four-decades-long career has created a stir in the music industry globally. She is the greatest ever musicians and entertainers in the contemporary era. Her impact and influence have inspired millions.

What do you think about Janet Jackson’s net worth? Leave a comment below.