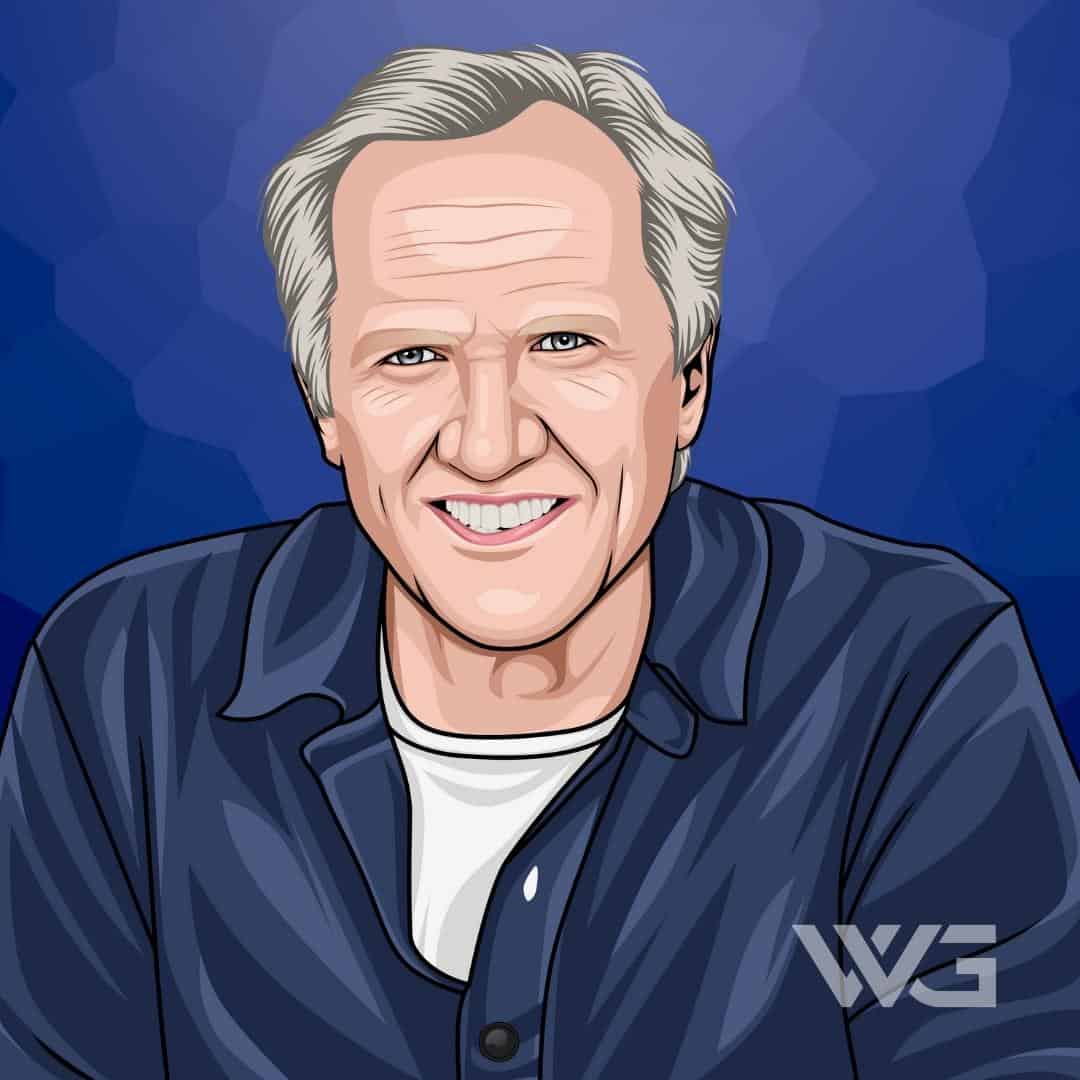 What is Greg Norman’s net worth?

Greg Norman’s name is synonymous with golf, and on the golf course, the nickname, “Great White Shark” is well-remembered.

He has won more than 90 tournaments worldwide and is one of the biggest names in the golfing industry.

Many companies and brands around the world bear his name as he is the CEO and Chairman of the Greg Norman Company.

His father was an electrical engineer and his mother was the daughter of a carpenter. From a young age, Greg took an interest in rugby, cricket, and surfing. His dream career was to be a professional surfer.

Greg went to Townsville Central State School and then finished his education at Aspley State High School. His mother was the one who taught him how to play golf at the age of 15.

His mother was a single-figure handicap player and would let Greg caddy for her at the Virginia Golf Club.

With his mother’s help, he went from a 27 handicap to a scratch player before he exited his teens.

One of Greg’s major victories was at The Grange Golf Club during the Westlake Classic. It helped him join the European Tour, where he had his first European win in 1977.

He achieved his PGA Tour victory in 1984 when he won by five strokes and his subsequent victory at the 1984 U.S Open earned him worldwide acclaim.

1986 was a successful year for Greg. He won four times in Australia, earning him the Australian Order of Merit for the fifth time. He won his third World Match Play Championship during the same year and was ranked number 1 in the Official World Golf Rankings.

He won his second major at Royal St George’s in the 1993 Open Championship. 1993 was one of the best years of his career, winning his second Memorial Tournament and being named “PGA Player of the Year”.

In 1997, Greg won his biggest winners check, worth $1 million, at the Anderson Consulting World Championship of Golf.

Unfortunately, the 1998 season saw Greg sidelined with a serious hip and shoulder injury.

After a few years of rest, Greg played in the 2008 Open Championship and tied for third. This set a record for being the oldest 54-hole leader in a major championship.

Greg is now retired, instead focusing on his business. He founded the Greg Norman Company in 1993 as a multinational group that represents multiple different business interests including real estate, eyewear, wine production, and golf carts.

Greg was earning more than $1 million per year while playing on the professional tour.

After retiring, he used his fame and brand recognition to create an international business that is hugely profitable.

With business interests in many countries across the globe, Greg’s business is financially stable and set to earn him a fortune for the foreseeable future.

While Greg earned an impressive annual income while on the professional golf circuit, it is nothing compared to his business earnings now.

The huge income his business generates has made him impressively wealthy.

Here’s a breakdown of Greg Norman’s annual net worth:

Greg has made some very astute investments in real estate as well as in golf-related industries. His business acumen is superb and his company is sure to prosper so long as he is at the helm.

Greg and his first wife, Laura, had two children together; Morgan-Leigh and Greg Junior.

After getting divorced in 2006, Greg married Chris Evert, the well-known tennis star. Unfortunately, Chris and Greg broke up after 15 months of being married and in 2010, Greg married an interior designer, Kirsten Kutner.

Greg currently has two grandchildren, Harrison and Hendrix, and while he is still focused on running his business interests, he is taking more time out to be with his family.

You can catch up with Greg on his official Instagram account, where he shares photos and information about what he is currently doing.

In the course of Greg’s career, he won just about every major tournament that was out there.

Here are some of the more memorable moments from Greg Norman’s career:

Greg set the standard for other golfers to follow. While he may not play competitively any longer, he is still deeply involved in golfing around the world.

How Does Greg Norman Spend His Money?

Greg is well-known for his huge contributions to various charities. He donates to charity events such as the QBE Shootout, which is in aid of the Children’s Cancer fund.

He is also a trustee for the Environmental Institute for Golf.

Greg loves cars and his garage has, at one time or another, housed the most expensive cars in the world as well as the odd golf cart.

He has invested in real estate, which is how some of the other top golfers, like Gary Player, Tiger Woods, and David Leadbetter, have built their fortunes.

Greg Norman was always a pleasure to watch on the golf course. His tournament wins are legendary, as were his enormously long drives off the tee.

Here are some of the best highlights of Greg Norman’s career:

While we may no longer see his formidable form on the PGA Tour, Greg is sure to make his presence known in the boardroom, making astute decisions that help his company continue to succeed internationally.

Greg Norman has always been a force to be reckoned with on the golf course.

However, he’s always remained the consummate gentleman, no matter how heated the game became.

Here are our favorite quotes from Greg Norman:

Now that you know all about Greg Norman’s net worth, here are some of the best success lessons to learn from Greg Norman:

1. When There Is Failure, There Is Always A Lesson

While Greg’s victories were numerous, he still failed many times. Without his big failures during 1990, he would never have teamed up with a coach that was able to perfect his technique.

2. Don’t Waste Your Time Being Angry Or Sad About Setbacks

Setbacks will always happen in life, and rather than being sad about them, get back on the horse. Greg never gave up, because he knew that there was always an upside to a bad situation.

3. Don’t Let Anyone Or Anything Affect You

Greg is a big believer that luck has little to do with your performance. If you work hard and never give up, you can also succeed.

From the moment he learned to play golf with his mother, Greg knew he was destined for greatness.

His determination and drive to succeed allowed him to overcome any and all obstacles on his way to becoming a true champion.

Even though Greg no longer plays in golf tournaments, the “Great White” will continue to promote golf through his successful business interests.

What do you think about Greg Norman’s net worth? Leave a comment below.

Current center for the Indiana Pacers, Daniel Theis, is one of the most talented players on the court, and his skills have earned him millions.