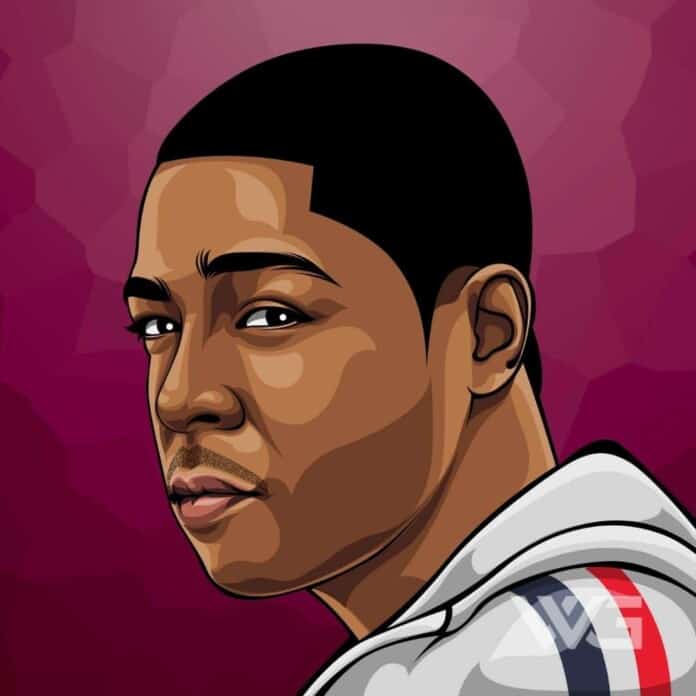 What is Jadakiss’ net worth?

As of December 2022, Jadakiss’ net worth is approximately $6 Million.

Jason Terrance Phillips, better known as Jadakiss, is an American rapper from Yonkers. He is best known for being one-third of the New York hip hop group The Lox.

Jadakiss is currently signed to both Def jam records and his own label, D-Block Records, which he founded with the other members of The Lox.

Jason Terrance Phillips was born on the 27th of May, 1975, in Yonkers, New York. At the age of 12, he began selling drugs after his parents asked him to earn his own money. He later started freestyle rapping for money.

While freestyling, he eventually met longtime friends Sheek Louch and Styles P. Phillips quickly developed a small underground fanbase and at the age of 12, entered himself into a freestyle competition in Florida where he attracted the attention of the owners of Ruff Ryders Entertainment.

Jadakiss began his career by signing with Bad Boy, and Puff Daddy later changed the group’s name to ‘The Lox’.

They made their first appearance on The Main Source’s 1994 LP ‘Fuck What You Think’. The group developed a close relationship with B.I.G., during which time Jadakiss especially was taken under his wing.

He began embarking on a solo career in 2001. Jadakiss released his debut album ‘Kiss Tha game Goodbye’ the same year and the album featured popular guests and producers such as DJ Premier, The Alchemist, DMX, Eve, Snoop Dogg and Swizz Beatz. The album was very successful and sold over 200,000 copies during its first week.

In 2009, Jadakiss released his much-delayed and anticipated third studio album, ‘The Last Kiss’. The first single, “By My Side” featuring Ne-Yo was released in October 2008. Two more singles, “Can’t Stop Me” and “Death Wish”, featuring Lil Wayne were released in 2009.

In 2016, The Lox released their first album in 16 years, titled ‘Filthy America… It’s Beautiful’. The album featured guest appearances from Fetty Wap, Mobb Deep and Gucci Mane, and peaked at number 42 on the Billboard 200.

Here are some of the best highlights of Jadakiss’ career:

“Satan is around Y’all. Devil on your shoulder. All these n****s are corn, sworn in secret societies, devils with no horn.” – Jadakiss

“Your new CD is a weed plate, nothin’ but love songs, 100% pure garbage, just something to break up buds on.” – Jadakiss

“You should do what we do, stack chips like *Hebrews*. Don’t let the melody intrigue you (uh-uh). Cause I leave you, I’m only here. For that green paper which leads you.” – Jadakiss

“If you make good music, people believe in you, but you have to have your websites poppin’, you got to be on these blogs, you got to be at all these types of events. You got to be everywhere and doing everything, and the more they see and hear you, the more chance you have at success.” – Jadakiss

“Records should come from feelings. You shouldn’t try to do anything; it should just come out how you feel.” – Jadakiss

“If there are five dudes on a song, probably three of them are only really good.” – Jadakiss

“I ain’t-a new artist, I’m good in the studio, I don’t need somebody to hold my hand in the studio. I don’t even really want them all over my album or anything like that.” – Jadakiss

Now that you know all about Jadakiss’ net worth, and how he achieved success; let’s take a look at some of the lessons from Jadakiss:

1. Your Reputation is Everything

You have a reputation, whether you like it or not. The point is: The most successful people TAKE CONTROL of their reputation. Why? Because success and power rely on it.

The biggest lie we tell ourselves is that we don’t have TIME. The truth is: You have to make time for the things that matter.

Successful people don’t make excuses. You have to take 100% responsibility.It’s tempting to only take credit for your success and blame everyone else when things go wrong.

How much is Jadakiss worth?

Jadakiss’ net worth is estimated to be $6 Million.

How old is Jadakiss?

How tall is Jadakiss?

Jadakiss has released four studio albums, with the most recent being ‘Top 5 Dead or Alive’ in 2015. He began rapping in the early 1990s as a member of The Lox.

As of December 2022, Jadakiss’ net worth is estimated to be roughly $6 Million.

What do you think about Jadakiss’ net worth? Leave a comment below.