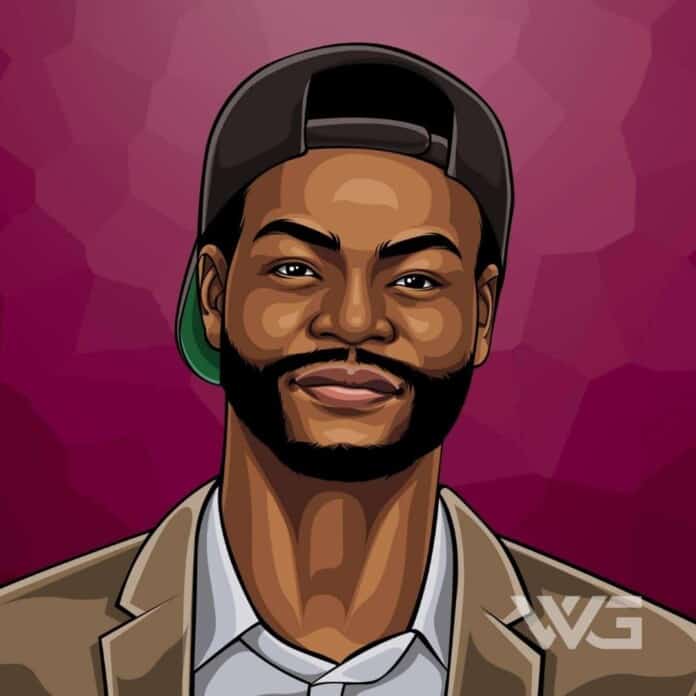 What is King Bach’s net worth?

Andrew B. Bachelor “King Bach” is a Canadian actor, comedian and Internet personality known for being the most followed person on the now-defunct video-sharing service Vine.

He appears regularly in short Instagram skits with his former vine friends like Amanda Cerny, Lele Pons, and others.

He is the son to Jamaican parents Ingrid Maurice and Byron Bachelor. He has one younger sister, and when he was two years old he moved with his family to West Palm Beach in Florida.

Bachelor attended Coral Springs Charter School for both middle school and high school. He graduated from Florida State University in 2010.

King Bach earned 17 million followers and over six billion loops on Vine. He took the title of the most followed person on Vine in March 2015. However, he is also known for his YouTube channel, BachelorsPadTv. The Channel and its videos have been covered by several online publications, including FSU News.

Bachelor’s Vine fame and status led him to sign with UTA and landing a recurring role in ‘House of Lies’. He was also at one point a cast member on ‘Wild’n Out’ on MTV2.

King Bach has also been on series like ‘Black Jesus’ and ‘The Mindy Project.

He also had a role in the comedy film ‘Fifty Shades of Black’ which was a special guest host for the revived version of ‘Punk’d’ on BET.

Bachelor was introduced to Vine by Brittany Furlan, before uploading his first Vine video on April 19, 2013.  He starred in several of Bart Baker’s parodies of music videos, portraying Big Sean in “Problem” and “Break Free”, Pharrell Williams in “Happy”, Juicy J in “Dark Horse”, and Tupac Shakur in the parody for Sia’s “Big Girls Cry”.

Here are some of the best highlights of King Bach’s career:

“I just use all the skills that I learned in film school, and I just incorporate them into my sketches. People don’t realize that, with a story, there has to be a beginning, middle, and end. There has to be a problem and a resolution. Just because it’s six seconds doesn’t mean it’s not a story.” – King Bach

“When I start doing movies, that’ll be the time to pack Vine in. Quit when you’re on top. Be the king.” – King Bach

“I’m theatrically trained. Before Vine, before any of the social media, I was an actor. I was going to auditions; I was taking the classes.” – King Bach

“”I knew since third grade I wanted to be Jim Carrey. His freedom, his goofiness, his crazy, loud, sudden energy. I told my family I was going to be a pediatrician, but in the back of my mind, I was like, ‘Nope, I’m going to be the biggest movie star ever.” – King Bach

“A lot of Viners do more relatable stuff, but I try to stay away from that. I try to maybe take a relatable situation and Bach it up.” – King Bach

” I started from scratch when I came out. And the reason that I started doing these videos was that, going to these auditions, I noticed that they kept giving these roles to people who already were somebody; like Marlon Wayans and Don Cheadle. I was like, These guys aren’t actually auditioning for these roles.  So I thought to myself, I need to make a following to break into this industry.” So I started making these YouTube videos, so I could make a reel.” – King Bach

Now that you know all about King Bach’s net worth, and how he achieved success; Let’s take a look at some of the funniest lessons we can learn from King Bach:

1. If People Say That You’re Lazy

Doing nothing is hard, you never know when you’re done.

How much is King Bach worth?

King Bach’s net worth is estimated to be $3 Million.

How old is King Bach?

How tall is King Bach?

King Bach took the world with a storm by having the most followers on Vine for a long time. Today he’s not only known for his Vine profile, but he’s also an incredible comedian and actor.

Bach has been working with a lot of stars in Hollywood and has been in movies such as ‘Fifty Shades of Black’ and ‘The Babysitter’.

What do you think about King Bach’s net worth? Leave a comment below.