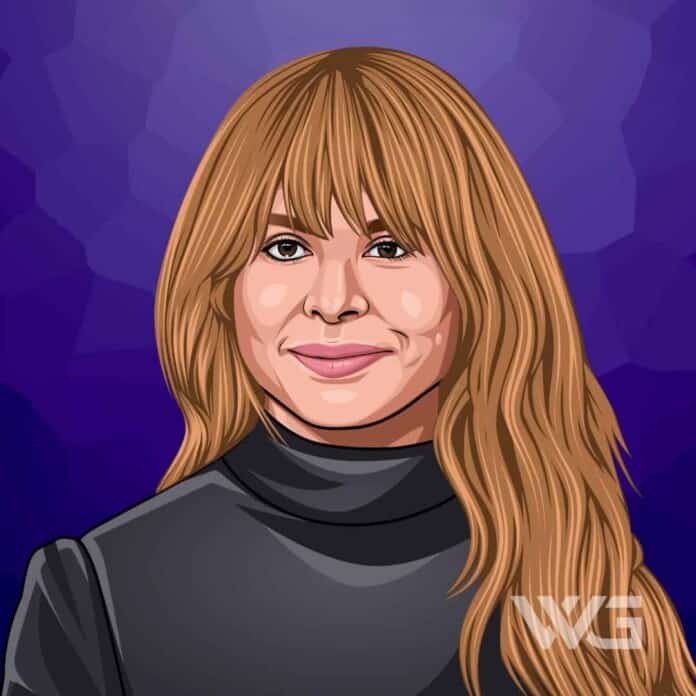 What is Paula Abdul’s net worth?

Abdul began her career as a cheerleader for the Los Angeles Lakers at the age of 18 and later became the head choreographer for the Laker Girls, where she was discovered by The Jacksons. Today she is considered to be one of the best singers in the world.

Paula Julie Abdul was born on the 19th of June, 1962, in San Fernando. Abdul is the daughter to Harry Abdul and Lorraine M. Her family is of Jewish descent and their ancestors came from Russia and Ukraine.

She studied at Van Nuys High School and graduated from there in 1978. As she was an ardent dance enthusiast from a very young age, she had made up her mind that she wanted to enter the world of showbiz.

During one of the games, Abdul was spotted by some of the members of ‘The Jacksons’ while she was cheerleading and was immediately offered a chance to choreograph their single, ‘Torture’, which became a huge success.

Through the 1980s, she was asked by a number of celebrities and singers to choreograph their music videos. She was the official choreographer for ‘The Jacksons’ ‘Victory’ tour.

In 1988, she released her debut pop album, ‘Forever Your Girl’, which became a Billboard smash hit. Three years later, she released her next music album, ‘Spellbound’, which also became one of the highest-selling albums of the time.

From 2002 to 2009, she appeared alongside Simon Cowell and Randy Jackson, as the lead judge for the hit American reality series by Simon Fuller, ‘American Idol’.

Here are some of the best highlights of Paula Abdul’s career:

“Idol has pretty much taken me out of my recording and out of my choreography. I have managed to slip in some choreography jobs. And I’ve been writing songs for other artists.” – Paula Abdul

“Every day in the news we’re hearing how rampant violence is in our communities, both here in America and around the world. I believe that the establishment of a United States Department of Peace can greatly help alleviate the many problems that we hear about on a daily basis. Our children deserve so much better.” – Paula Abdul

“I had my first kiss under a tree near the school. It was with a boy named Michael who rarely spoke, but he would sometimes give me one of the cookies from his lunch. Maybe it was the gifts that made me feel special? I don’t know, but when our lips touched, it felt magical.” – Paula Abdul

“There is love there. And then there are times when I can’t even stomach Simon. You don’t have to sit next to him. That’s all I have to say.” – Paula Abdul

Now that you know all about Paula Abdul’s net worth, and how she achieved success; let’s take a look at some of the lessons we can learn from her:

1. You Have To Prepare

Interestingly, the best business advice Abdul ever got is relatively simple.

It came from Gene Kelly, a dancer, and actor who influenced her career the most, she said. Fail to prepare, prepare to fail.  Throughout her career, Abdul said she’s always prepared many more ideas to fall back on in case her original plans did not work out.

For Abdul, preparation paid off big time years ago when she was trying to catch her first break by auditioning for a spot as a Laker girl. The experience also taught her another important lesson: Persistence is critical.

3. Give Yourself A Timeline

If you’re passionate about what you do and you know that you have some talent, put your all into it. Give yourself a certain period of time and not a long period of time — like maybe three years to five years — and give it your all.

How much is Paula Abdul worth?

Paula Abdul’s net worth is estimated to be $30 Million.

How old is Paula Abdul?

How tall is Paula Abdul?

Paula Abdul is known to the world as the controversial yet internationally acclaimed choreographer who hit it big during the music videos era in the early 1980s.

Abdul has come a long way from the pretty cheerleader for the Los Angeles Lakers to one of the most illustrious entertainment personalities in the world.

What do you think about Paula Abdul’s net worth? Leave a comment below.