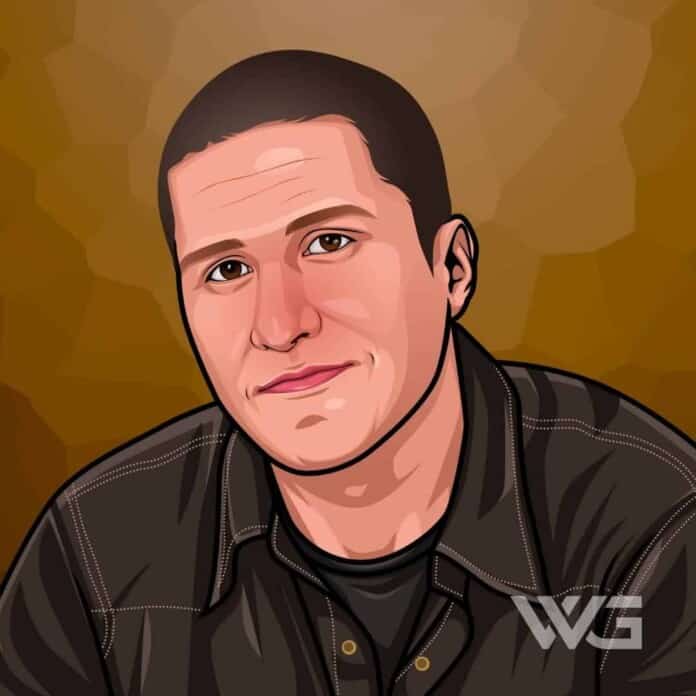 What is Shawn Fanning’s net worth?

Fanning is also an entrepreneur and angel investor. He developed Napster, which is one of the first popular file-sharing platforms.

The popularity of Napster was widespread, and Fanning was featured on the cover of Time magazine. Following his involvement with Napster, he joined and invested in many early-stage technology startup companies.

Shawn Fanning was born on the 22nd of November, 1980, in Brockton, Massachusetts.

Fanning is the son of Coleen and Joe Fanning. He went to Northeastern University.

In 1999, Fanning released the beta program of Napster, and soon, hundreds of college students at Northeastern were trading music. Sean Parker was the co-founder.

The following year, he opened a new company, Snocap, along with Jordan Mendelson and Ron Conway. The company aspired to be a legitimate marketplace for digital media.

In 2006, Fanning, along with co-founder Jon Baudanza developed Rupture. The company was a social networking tool designed to handle the task of publishing gamers’ individual profiles.

In 2007, The Rupture project was announced with seed funding, and CrunchBase notes the date Shawn officially became CEO of Rupture was October 2, 2007.

After a few months after he was laid off from Electronic Arts, he started another company called Path.com. In 2010, David Morin announced he was leaving Facebook, a Senior Platform Manager, to join Fanning and become CEO at Path.

Here are some of the best highlights of Shawn Fanning’ career:

“I think it’s pretty obvious to most people that Napster is not media-specific, but I could see a system like Napster evolving into something that allows users to locate and retrieve different types of data other than just MP3s or audio files.” – Shawn Fanning

“It’s been all over the press, and schools are deciding to shut it down. We released a public announcement saying that we had some potential solutions that we were working with, and once we had something concrete, we would start implementing it and approach schools.” – Shawn Fanning

“I think I was late in my first quarter at Northeastern and I lived in a suite with two roommates and two suite mates. One of my roommates was into MP3s, his name was Matt, and he was having some problems with many traditional web-based search engines. Lycos was one of them. Seeing that he had this problem, I had to come up with a way to solve the reliability problems he was experiencing and also had some other ideas.” – Shawn Fanning

“I left for a weekend to go off to Hull to work on the software. I took my computer and some other things I needed. What happened was, I really wasn”t planning on leaving. I was planning on coming back to school. My cousin was bringing me back to Kennedy to drop me off, and I remember walking towards the dorm room, and I stopped, and I just realized that I had to go and make a decision.” – Shawn Fanning

Now that you know all about Shawn Fanning’s net worth and how she achieved success; let’s take a look at some of the lessons we can learn from her:

If you think about computer programming, it’s as antisocial as it gets.

Independent artists and labels have always been trendsetters in music and the music business.

If you’re a musician or actor, you know that if you’re successful, some level of fame goes along with that. You’re prepared. But how often does that happen to a programmer?

How much is Shawn Fanning worth?

Shawn Fanning’s net worth is estimated to be $70 Million.

How old is Shawn Fanning?

How tall is Shawn Fanning?

Shawn Fanning is an American computer programmer, serial entrepreneur, and investor who is best known for creating Napster.

What do you think about Shawn Fanning’s net worth? Leave a comment below.