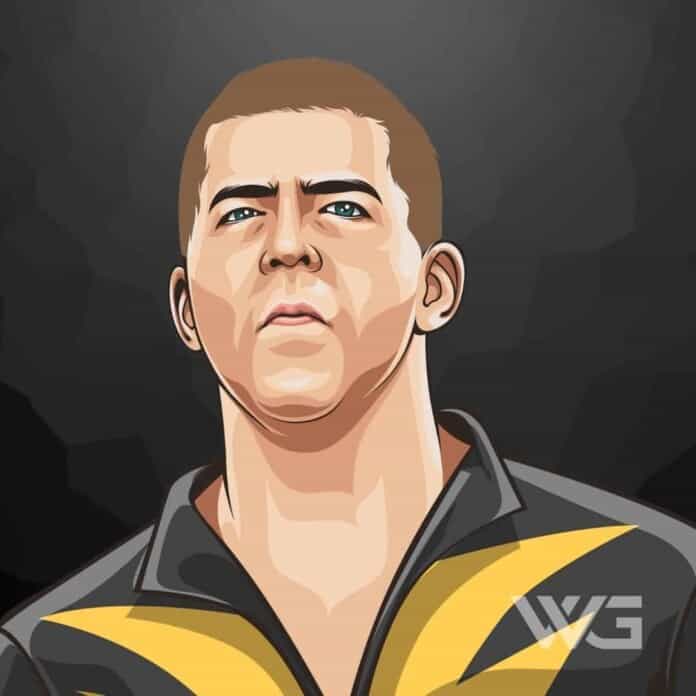 What is Goldust’s net worth?

Goldust is an American professional wrestler better known by the name Dustin Rhodes.

He is well known for his multiple tenures with WWE from 1995 to 2019 as the enigmatic, flamboyant, sexually ambiguous character Goldust.

Dustin Patrick Runnels was born on the 11th of April, 1969, in Austin, Texas. His father was Virgil Runnels, famously known as “The American Dream” Dusty Rhodes in ‘WWE.’

His father died in 2015, a few years after being inducted into the ‘WWE Hall of Fame.’ His half-brother, Cody Rhodes, is also a ‘WWE’ wrestler and is now known as “The American Nightmare” in the ‘Ring of Honor.’

Goldust joined ‘WCW’ in February 1991 as “The Natural Dusty Rhodes” and competed with Larry Zbyzsko and Terrence Taylor. He also won the ‘WCW World Tag Team Championship’ with his tag-team partner Barry Windham.

After ‘WWF’ was renamed ‘WWE,’ Goldust and Booker T’s partnership became a hit on ‘Raw.’ The duo won the ‘World Tag Team Championship’ at ‘Armageddon’ but later broke up. In December 2003, his contract expired.

In 2016, he formed an on-and-off tag team with R-Truth, and together, they were named ‘The Golden Truth.’ They won their first match at the ‘Money in the Bank’ pre-show, defeating Breezango.

Their team later had a feud which ended after Goldust defeated R-Truth on the July 10 episode of ‘Raw.’ In 2017, he competed with superstars such as Bray Wyatt, Finn Bálor, and John Cena and appeared at the ‘Royal Rumble,’ where he was eliminated by Dolph Ziggler.

Here are some of the best highlights of Goldust’s career:

“If you want to shake a hand, if you want a story, I’ll be more than happy to sit down with you and talk with you. It’s what I love to do.” – Goldust

“You don’t have to do a thousand things in two minutes when you can do one just as good and still tell that story with your face or how you land or your reaction. That’s a lost art. Storytelling is a big part of our industry, and if given time, you can do it properly.” – Goldust

“You talk to the boss about your ideas and things like that, and all he can say is yes or no. I mean, you don’t open your mouth, you don’t give him your ideas, you’re not really trying.” – Goldust

“The backstage stuff is not for everybody. I’m very hands-on; I like to train and teach young guys now because there’s so many of them. There are certain ways to do things, to get crowd reactions and sell your emotions and sell stories.” – Goldust

“I had been hired and fired so many times and been so very blessed and lucky.” – Goldust

“The business changes, and we don’t all have to like the change, but it’s, ultimately, the business is changed. But, that being said, I don’t like it, and I’ll tell you why. Because without the new school that we have right now, or without old school, there would be none of this new school, so it started somewhere, right?” – Goldust

Now that you know all about Goldust’s net worth, and how he achieved success; let’s take a look at some of the lessons we can learn from him:

Train your mind to only believe in what’s possible.

People spend a lifetime searching for happiness; looking for peace. They chase idle dreams, addictions, religions, even other people, hoping to fill the emptiness that plagues them. The irony is the only place they ever needed to search was within. Train your mind to be positive.

2. Take Care of Yourself

Be your own best friend. Take care of yourself, and don’t be too hard on yourself.

How much is Goldust worth?

Goldust’s net worth is estimated to be $3 Million.

How old is Goldust?

How tall is Goldust?

He is currently the longest-serving ‘WWE’ performer, with more than 27 years of experience in wrestling and promoting the business.

What do you think about Goldust’s net worth? Leave a comment below.