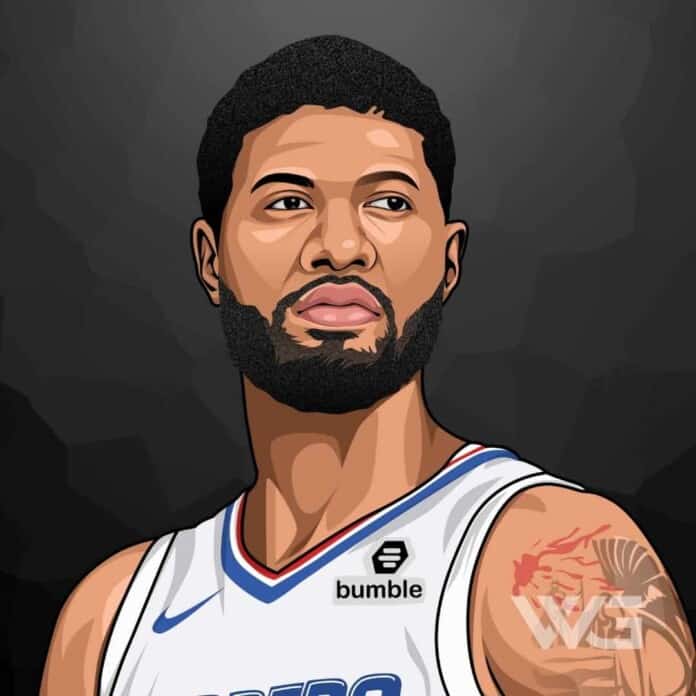 What is Paul George’s net worth?

Paul George is an American professional basketball player for the Los Angeles Clippers of the NBA.

George is a six-time NBA All-Star and five-time All-NBA Team selection, as well as a four-time member of the NBA All-Defensive Team.

Paul Clifton Anthony George was born on the 2nd of May, 1990, in Palmdale, California.

George is the youngest child of Paul George Sr. and Paulette George. He has two older sisters, Teiosha and Portala.

He grew up idolizing Kobe Bryant and being a devoted supporter of the Los Angeles Lakers and Los Angeles Clippers.

In 2010, George decided not to play the two remaining seasons of college eligibility at Fresno State and put himself up for the NBA draft that year.

It turned out to be a smart decision as he was asked to wait in the green room during the event and was drafted by the Indiana Pacers as their 10th overall pick.

He made his debut against the San Antonio Spurs on 27 October and scored four points during the 23 minutes he was on the court. By the end of his first NBA season, he had appeared in 61 games, being part of the starting lineup in 19 of them and scoring 7.8 points per game on average.

In the 2011-12 season, George was in the starting lineup of all his 66 games and scored an average of 12.1 points per game. He was picked as one of the competitors in the Slam Dunk Contest and Rising Stars Challenge during the 2012 NBA All-Star Weekend.

The 2012-13 season was his breakout season and it established him as one of the top-tier players in the league.

Here are some of the best highlights of Paul George’s career:

“I’m holding out a little hope personally because I want to be back, but this injury could take a year to fully recover. The last thing I want to do is feel like I’m OK, come out early and be vulnerable to further injury.” – Paul George

“First and foremost, I just want to give a huge thanks to the fans who have been behind me.” – Paul George

“Getting people into the wilderness for a transcendent experience empowers people for years, if not for their entire lives.” – Paul George

“I think everybody, whether they have team goals or individual goals, I think everybody would like to be the MVP of the league. But that’s not what my focus is. My job is just to give everything that I have, play as hard as I can, and just try to win as much as possible. If that makes me the MVP, then so be it.” – Paul George

Now that you know all about Paul George’s net worth, and how he achieved success; let’s take a look at some of the lessons we can learn from him:

You are so much more than what you are going through.

Passion first and everything will fall into place.

You don’t gain anything from stressing. Remember that.

How much is Paul George worth?

Paul George’s net worth is estimated to be $90 Million.

How old is Paul George?

How tall is Paul George?

Paul George is an American professional basketball player who received his first instruction in the game from his older sister. Today George is regarded to be one of the best NBA players.

What do you think about Paul George’s net worth? Leave a comment below.