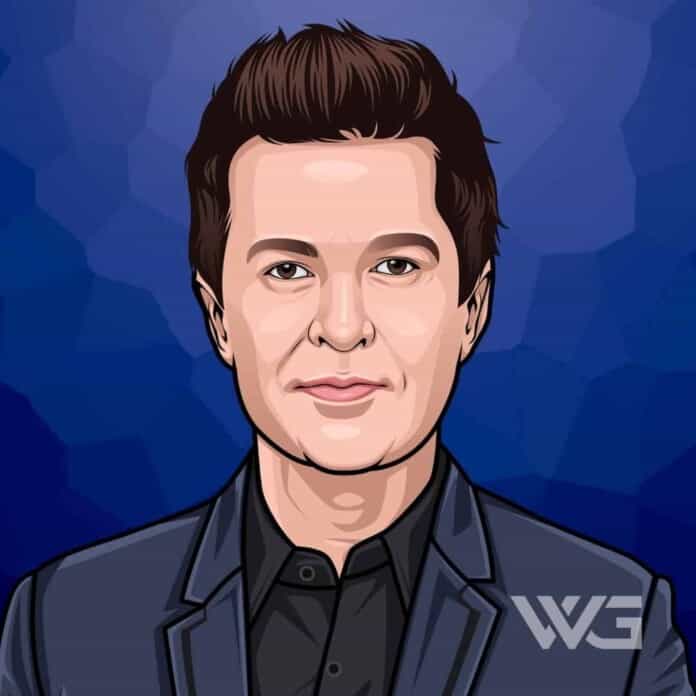 What is Simon Fuller’s net worth?

Fuller is best known for being the creator of the Idol franchise. He is also the executive producer of several shows, including ‘So You Think You Can Dance’ and ‘Q’Viva’.

In 2020, he concluded an agreement with Verizon Communications to develop 5G content.

His father was a Royal Air Force pilot, and he established a school, through later, the family moved to Accra. The family later moved to East Sussex, where Simon’s father became headmaster of the school he attended.

Fuller earned his fortune as the creator of the ‘Idol’ television franchise. The first incarnation of the show was seen in the U.K. under the name Pop Idol. The show was soon syndicated globally.

The franchise has been sold to over 100 countries around the world. Fuller is also the co-creator and executive producer of the Fox TV reality shows ‘So You Think You Can Dance,’ ‘Q’Viva,’ and other U.S. and European TV shows.

In 2007, Time magazine named Fuller one of the most 100 most influential people in the world. The following year, Fuller was certified as the most successful British music manager of all time by Billboard magazine.

Fuller holds a portfolio of real estate which includes properties in Europe, North America, and South America. Fuller married long-time girlfriend Natalie Swanston in May of 2008.

Here are some of the best highlights of Simon Fuller’s career:

“S Club 7, in some ways, was a continuation of some of the things I’d have liked to have done with the Spice Girls. It was also a shift in tone. S Club was this equality of boys and girls, very positive, very uplifting, didn’t have the edge of the Spice Girls. I didn’t want to repeat it.” – Simon Fuller

“Fame is a modern phenomenon caused by the explosion of media, where there’s a zillion digital channels and snappers everywhere. It’s so attainable so that people can have their Warhol 15 minutes of fame, and some are so aggressive.” – Simon Fuller

“My business is creating fame and celebrity, and I’m one of the best in the world. I know it to the finest detail. I reflect what’s out there, and if there’s a demand for something, recognize it. Don’t think I’m crass. I stand by everything I do.” – Simon Fuller

“I want it to be known for embracing so many fundamental elements of entertainment: live, competitive, interactive, that ‘sporting’ notion, the reality of getting to know real regular people who have dreams, the soap opera of the judges and contestants, the celebration of music.” – Simon Fuller

“I knew I had something special with the Spice Girls because at that time there was a definite feeling of female empowerment, and I felt they could be something important, and so I was already thinking they could be huge all over the world.” – Simon Fuller

“In India, you have mastered music and dance, you produce more musicals than any country in the world and that is the skills I want in Now United. My expectation from the Indian candidates is that they will understand the celebration of music and dance of Now United better than any other country.” – Simon Fuller

Now that you know all about Simon Fuller’s net worth and how he achieved success; let’s take a look at some of the lessons we can learn from him:

Fame is a modern phenomenon caused by the explosion of media, where there are a zillion digital channels and snappers everywhere.

2. Fight For Your Dream

You can only achieve your dream if you fight for it every day.

The only way to be truly satisfied is to do what you believe is great work. And the only way to do great work is to love what you do. If you haven’t found it yet, keep looking. Don’t settle.

How much is Simon Fuller worth?

Simon Fuller’s net worth is estimated to be $600 Million.

How old is Simon Fuller?

How tall is Simon Fuller?

Fuller was born in Cyprus. His father was in the British Royal Air Force so the family moved a few times when he was young. The family eventually settled in the English town of Hastings, East Sussex, when his father landed a job as a school headmaster.

What do you think about Simon Fuller’s net worth? Leave a comment below.