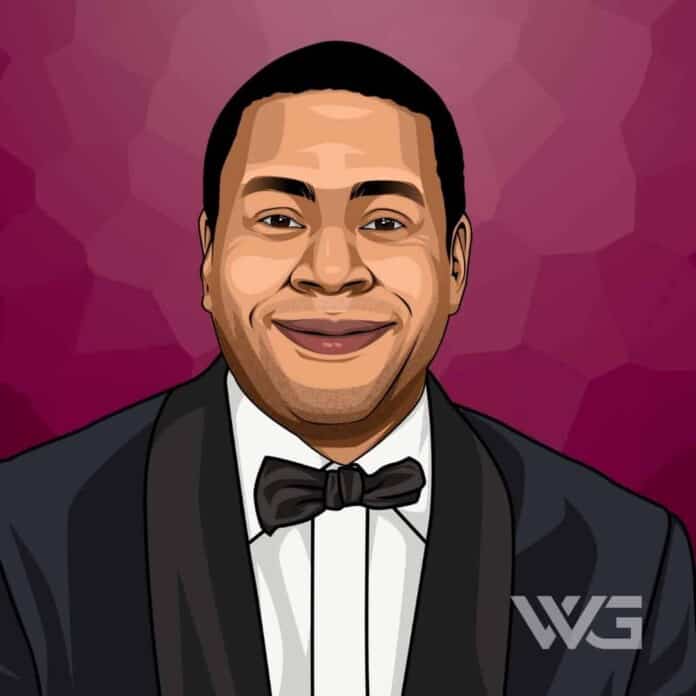 What is Kenan Thompson’s net worth?

As of February 2023, Kenan Thompson’s net worth is roughly $13 Million.

Kenan Thompson is an American actor and comedian from Atlanta. Thompson has been a cast member of the NBC sketch comedy series ‘Saturday Night Live’ since 2003 and is the longest-tenured cast member in the show’s history, surpassing Darrell Hammond.

Kenan Thompson was born on the 10th of May, 1978, in Atlanta, Georgia. Thompson is the son to parents Fletcher Thompson and Elizabeth Ann Thompson. He has two siblings.

He studied at Tri-Cities High School and then attended Santa Monica College in California. Thompson got married to his long-time girlfriend, Christina Evangeline in 2011.

Thompson first appeared on the big screen in 1994 in the movie ‘D2: The Mighty Ducks’. That year, he was also cast in the comedy series titled ‘All That’. After this, he appeared in ‘The Steve Harvey Show’ and in Nickelodeon’s sitcom ‘Kenan & Kel’.

He lent his voice to one of the characters in the movie ‘The Smurfs’. Following this, he did the film ‘The Magic of Belle Isle’ in 2012. One year later, he played a voice role in the show ‘The Awesomes’. In 2016, the American actor did a guest role in ‘Unbreakable Kimmy Schmidt’.

Here are some of the best highlights of Kenan Thompson’s career:

“I got good at trying to throw a voice on a character from the very beginning as opposed to like reading it and sitting with it and mulling over it and stuff like that just try to read what it is and then try to put a funny voice to it like as soon as possible and stuff like that.” – Kenan Thompson

“You try to go with something that’s familiar to people and that way they can jump on board with what you’re trying to do basically. I only mimic people that really have like interesting voices because it’s really hard to mimic like someone who just talks regularly like me like there’s nothing fun about that.” – Kenan Thompson

“Singing a melody is like a lot of easier and when you sing harmony you have to really kind of know music and listen to the music and be able to hear the notes or whatever.” – Kenan Thompson

“I don’t know if people really know, when you shoot a TV show like you’re really family and it really works, it’s because it seems real to everybody, even to us. We were all so very close.” – Kenan Thompson

Now that you know all about Kenan Thompson’s net worth, and how he achieved success; let’s take a look at some of the lessons we can learn from him:

Give it air & let the scar on your soul reveal itself, because, like the body, it too was made to heal itself.

The grass is greener on the other side, but often this is just an illusion. Most probably, everyone is as unhappy as you.

Even when we do not actively participate in our destiny, we are still on a chosen path. Life has a way of making decisions for us.

How much is Kenan Thompson worth?

Kenan Thompson’s net worth is estimated to be $13 Million.

How old is Kenan Thompson?

How tall is Kenan Thompson?

Kenan Thompson is an American actor as well as a comedian. He is best known for starring in NBC’s ‘Saturday Night Live’ and in the sitcom ‘Kenan & Kel’.

He is also popular for appearing in the comedy series titled ‘All That’. His other famous television works include ‘Sit Down, Shut Up’, ‘Maya & Marty’, ‘The Steve Harvey Show’ and ‘The Mighty B’.

Today, he has got hundreds of thousands of fans not only in Hollywood but also on an international level.

As of February 2023, Kenan Thompson’s net worth is estimated to be $13 Million.

What do you think about Kenan Thompson’s net worth? Leave a comment below.