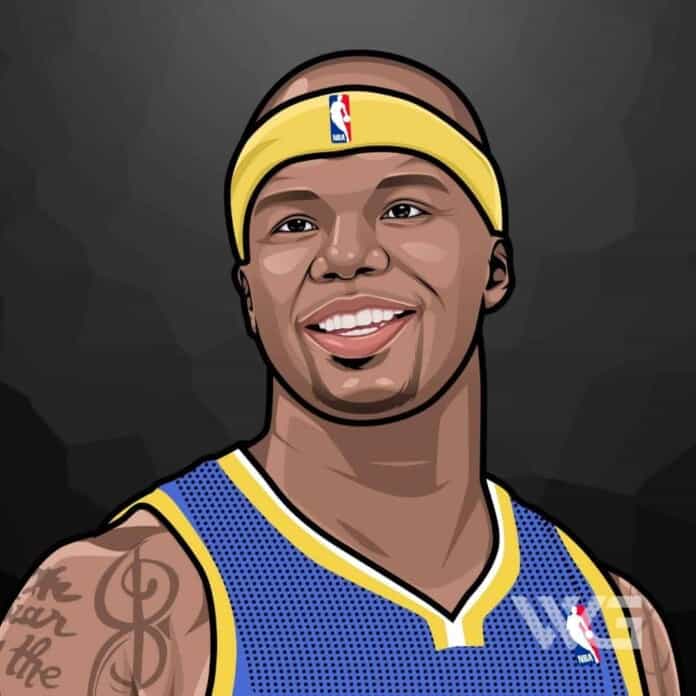 What is Jermaine O’Neal’s net worth?

O’Neal had a successful high school career and declared his eligibility for the 1996 NBA draft straight out of high school. When he was 17 years old, he was selected by the Portland Trail Blazers with the 17th overall pick.

He played his first game at 18 years old, and he was the youngest player to ever play an NBA game.

Jermaine O’Neal was born on the 13th of October, 1978, in Columbia, South Carolina.

O’Neal and his brother Clifford were raised by their mother, Angela Ocean. O’Neal found his love for athletics at a young age.

He enjoyed both American football and basketball, but basketball was his favorite sport. Two of his basketball heroes are Hakeem Olajuwon and Bill Russell; O’Neal often marveled at Olajuwon’s approach to the game.

O’Neal was selected by the Portland Trail Blazers with the 17th pick in the first round of the 1996 NBA Draft.

He couldn’t break into the first team in Portland and get traded to the Indiana Pacers in a 2000 exchange for NBA All-Star Dale Davis.

In his eight-season with the club, O’Neal was a six-time NBA All-Star and one-time NBA Most Improved Player, as well as he made the All-NBA teams three times.

His contributions didn’t stop there. He also helped Indiana reach the NBA Playoffs six times and the Conference Finals in the 2003 – 04 season.

O’Neal was traded to several teams. He first joined Toronto Raptors before the start of the 2008 – 09 season, then through the same season became a member of the Miami Heat team, followed by a trade to the Boston Celtics before the 2010 – 11 season and the Suns in 2012.

His salary is $23 million. For some time, O’Neal was the second-highest-paid player in the NBA after Kobe Bryant. O’Neal’s most recent contract was a seven-year $126 million deal with the Pacers.

Here are some of the best highlights of Jermaine O’Neal’s career:

“I’ve taken my bumps and bruises, but you’ve got to be willing to get knocked down and pick yourself up. You can’t get discouraged. You can’t lose sight of what your goals are.” – Jermaine O’Neal

“It’s a huge, huge pressure that so many people depend on you. The type of player I am, and people look at me to come out and perform a certain way. Not being able to play on the biggest stage of the season, it’s frustrating. One thing I wanted to do was not be frustrated about it and figure out what I can do to change and better myself on the court.” – Jermaine O’Neal

“To represent the United States in international competition is special recognition that not many players receive, and I am really looking forward to helping USA Basketball regain its status in international basketball.” – Jermaine O’Neal

“I wanted to prove people wrong who didn’t think I could play at this level. I also wanted to take care of my family. It was a chance to play against the best players in the world. Mentally and physically, I don’t think I was ready, but I was ready to take on the challenge.” – Jermaine O’Neal

“Austin had a concussion tonight. That’s the way it goes for us. We get one back. We lose one. Or lose two. We’ve had the most difficult time the last two years just keeping a full roster. Hopefully, at some point at the end of the tunnel, some good things can happen for the Indiana Pacers.” – Jermaine O’Neal

“I think it’s extremely high because we keep guys healthy, and we feel good about going up against Western Conference teams. The Western Conference has many players, up-tempo type of ballplayers, but I think our defense slows all of that down. We’re able to score a lot of points, but also we can stop other teams from scoring.” – Jermaine O’Neal

Now that you know all about Jermaine O’Neal’s net worth and how he achieved success; let’s take a look at some of the lessons we can learn from him:

Winners embrace hard work. They love the discipline of it, the trade-off they’re making to win. Losers, on the other hand, see it as punishment.

Determine never to be idle. No person will have occasion to complain of the want of time, who never loses any. It is wonderful how much may be done if we are always doing it.

If your dream is a big dream, and if you want your life to work on the high level you say you do, there’s no way around doing the work it takes to get you there.

How much is Jermaine O’Neal worth?

Jermaine O’Neal’s net worth is estimated to be $50 Million.

How old is Jermaine O’Neal?

How tall is Jermaine O’Neal?

O’Neal was born in Columbia, South Carolina. This center enjoyed a successful high-school career that made him eligible for the 1996 NBA Draft straight out of high school.

O’Neal is a six-time NBA All-Star and one-time NBA Most Improved Player, as well as he made the All-NBA teams three times.

What do you think about Jermaine O’Neal’s net worth? Leave a comment below.

What is Whoopi Goldberg's net worth? Introduction  As of ,...