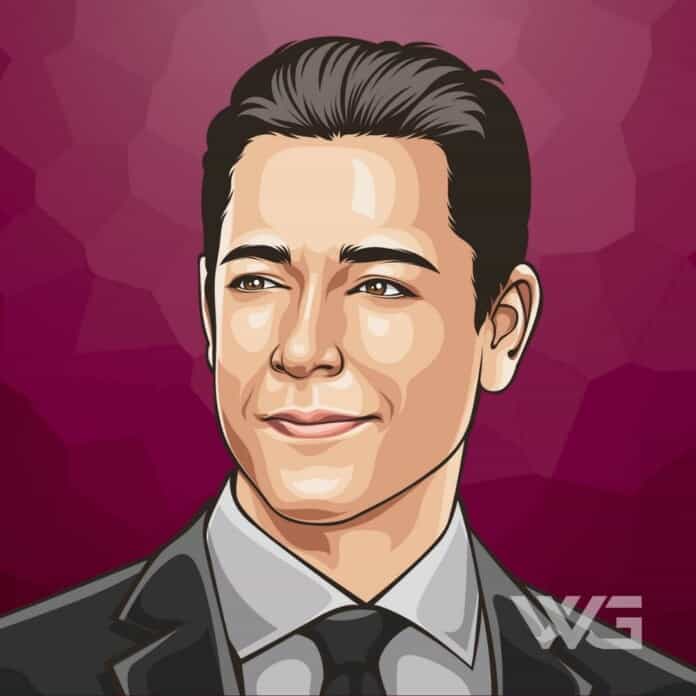 What is Zachary Levi’s net worth?

Zachary Levi is an American actor and singer from Louisiana. Levi is best known for the TV series ‘Chuck’.

He voiced Flynn Rider in the 2010 animated film Tangled, where he performed “I See the Light” with Mandy Moore; the song won a Grammy for Best Song Written for Visual Media.

Zachary Levi Pugh was born on the 29th of September, 1980, in Lake Charles, Louisiana. He is the son of Susan Marie and Darrell Pugh. He has an elder and a younger sister. Levi is of Welsh descent.

Levi began acting on stage when he was just six years old. After he graduated from ‘Buena High School,’ he went on to pursue his dream in Los Angeles.

Levi’s acting career began in 2002 with the ‘FX’ television movie, ‘Big Shot: Confessions of a Campus Bookie,’ in which he played Adam. Afterward, he was featured as Grant Asher in the television film ‘See Jane Date.’

In 2004, Levi was offered the lead role in a television series titled ‘Three,’ but unfortunately, the show was not aired.
Afterward, he was featured in a bunch of movies that did not impress the audience.

After 2007, Levi had already made a name for himself in Hollywood. He then starred as the lead in the film ‘Alvin and the Chipmunks: The Squeakquel.’

Levi made his Broadway debut with the musical comedy, ‘First Date in 2013.’ His next Broadway project was the 2016 Broadway revival titled, ‘She Loves Me’ where he played the leading role of George Nowack opposite Laura Benanti.

Here are some of the best highlights of Zachary Levi’s career:

“I can destroy a dance floor. I always hate it when people watch a musical and they go, ‘Oh, it’s so unrealistic, no one just breaks into song in the middle of their day.’ Yeah, they do- if they’re me.” – Zachary Levi

“Doing photo booths and signings, and doing all of that for charity, and having dance parties every night, is so much fun. I like to dance, and I know other people that like to dance. It’s a great way to celebrate the time that we’re all down there together.” – Zachary Levi

“I get a lot that people have a hard time believing that I’m a nerd…but I grew up with a Nintendo controller in my hand.” – Zachary Levi

“I’m looking forward to playing some really despicable characters at some point in my career so I can branch out and stretch those acting muscles. But I wouldn’t want to do that on a regular basis.” – Zachary Levi

“Being nerdy just means being passionate about something, including everyone – the coolest people on Earth are passionate and therefore nerdy about something whatever it is, whether it’s sports, or gaming, or technology, or fashion, or beauty, or food, or whatever.” – Zachary Levi

Now that you know all about Zachary Levi’s net worth, and how he achieved success; let’s take a look at some of the lessons we can learn from him:

When you feel yourself getting angry and about to lose control, walk away. Aggression and violence breed the same and offer no solution, only temporary subjugation.

Do/watch something that makes you laugh every day, and smile as often as you can. These habits will increase your happiness three-fold and spread contagiously to your family and friends and everyone you meet.

Don’t listen to people who say you’re too old or too late. If you feel like you can do it, you can.

How much is Zachary Levi worth?

Zachary Levi’s net worth is estimated to be $12 Million.

How old is Zachary Levi?

How tall is Zachary Levi?

Zachary Levi is a popular American actor and singer, best known for his portrayal of Chuck Bartowski in the famous TV series ‘Chuck.’ Levi has played important roles in several films, television films, and series.

Among them, the most prominent ones that brought him fame and recognition were ‘Alvin and the Chipmunks: The Squeakquel,’ ‘Tangled,’ ‘Thor: The Dark World,’ ‘Big Shot: Confessions of a Campus Bookie,’ ‘Less than Perfect,’ and ‘Chuck.’

As of December 2022, Zachary Levi’s net worth is approximately $12 Million.

What do you think about Zachary Levi’s net worth? Leave a comment below.