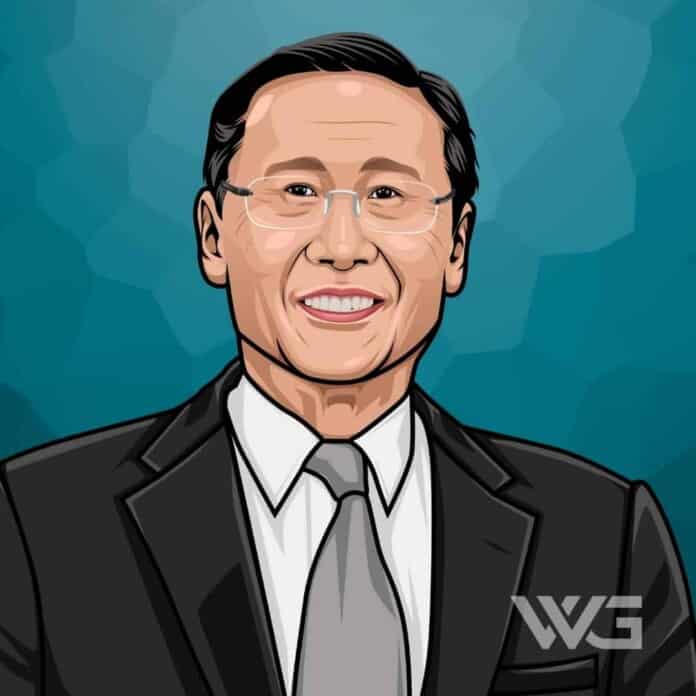 What is Peter Woo’s net worth?

Woo was the chairman of Wheelock and Company Limited and The Wharf Holdings Limited until 19 May 2015. Woo was born in Shanghai, China, and moved to Hong Kong in 1949. He was educated at St Stephen’s College.

Peter Woo Kwong-Ching was born on the 5th of September, 1946, in Shanghai, China.

He was educated at St Stephen’s College, a Direct Subsidy Scheme privately owned but government-funded boarding school, and attained his bachelor’s degree from the University of Cincinnati.

While a student at the University of Cincinnati, Woo became a member of Delta Tau Delta Fraternity, an endeavor he is still involved in today.

After graduating, Woo worked at Chase Manhattan Bank in New York and Hong Kong. In 1975, he joined his father-in-law, the late Sir Yue-Kong Pao’s Worldwide Shipping Group, and was later appointed vice-chairman for the company.

In 1986, Woo’s father-in-law retired and appointed him the head of the Wheelock & Wharf businesses while putting the shipping interests under the control of another son-in-law, Helmut Sohmen.

Throughout his career, he has received most of his fortune through Wheelock &Company Limited and Wharf Holdings Limited.

Woo’s diversified interests are reflected in his businesses, focusing on real estate development in Hong Kong, China, and Singapore.

Here are some of the best highlights of Peter Woo’s career:

“I think it was extraordinary times. Somehow in this 1964, 1965 era, you got a group of people in that house from different colleges and different origins. It was a house wherein scholastic things, in leadership and sports, all came in first. For that era, somehow it clicked.” – Peter Woo

“It is through this economic development that they can deal with these imbalances. The central government knows that unless they improve the livelihood of their people year-on-year, it sort of challenges their existence.” – Peter Woo

“Without constantly pushing my senior colleagues to formulate decisions, I would never be able to learn and know what they are made of.” – Peter Woo

“Mentorship is critical for young people. Mentorship by others for my children is very high on my agenda.” – Peter Woo

Now that you know all about Peter Woo’s net worth and how he achieved success; let’s take a look at some of the lessons we can learn from him:

Your narrative is the story of your life, and it impacts everything you do. Once you recognize your pattern of behavior when confronted with obstacles, disappointments, and setbacks, you can control your response.

Self-awareness enables you to anticipate a negative reaction and choose a behavior that will help you land on your feet when confronted by the unknown.

Happiness is a popular word these days but let’s be honest – happiness is nothing more than a fleeting emotion. If you want to live a shallow life, then go ahead and pursue all the happiness you can cram into one day. And then start over again tomorrow because the pursuit of that elusive value will keep you on the run for the rest of your life.

How much is Peter Woo worth?

Peter Woo’s net worth is estimated to be $13 Billion.

How old is Peter Woo?

How tall is Peter Woo?

Peter Woo is a Hong Kong-based businessman who has accumulated most of his wealth as the Chairman of Wheelock & Company Limited and The Wharf Holdings Limited.

The companies contain his main real estate, investment, logistics, and media businesses. As for Wheelock & Co, he manages the company through his 59.8% stake.

What do you think about Peter Woo’s net worth? Leave a comment below.

What is Paris Hilton's net worth? Introduction As of ,...